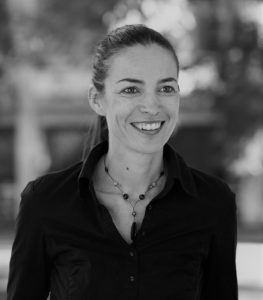 Professor Caroline Baillie is Professor of Engineering and Social Justice at the University of San Diego, and co-founder of the not for profit Waste for Life. Caroline’s research considers socio-technical processes and systems, which enhance social and environmental justice, and educational systems that promote these. She brings lessons learnt from these studies and practices into the classroom of all ages, to facilitate the transformation to a more equitable and just future. Her recent ‘Standing People Together’ program, borrows from forest school pedagogy to develop nature-based classrooms, conversations and retreats, with the aim of enhancing the connection of people with nature and each other. Caroline has published 27 scholarly books, an edited series of books on ‘Engineers, Technology and Society’ and over 200 book chapters, peer reviewed journal and conference papers. 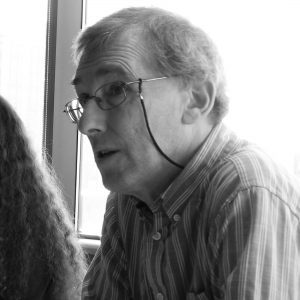 Revd Andrew Bevan worked in accountancy, the NHS, and a Christian drug and alcohol rehabilitation charity, before training for ordination in Oxford where he is now a Baptist minister. With responsibility for helping congregations live out their faith in the contemporary world, he is keen to develop his understanding, and a conceptual framework which is adequate for what seem to be the unprecedented challenges from technology, and ecological and environmental change. 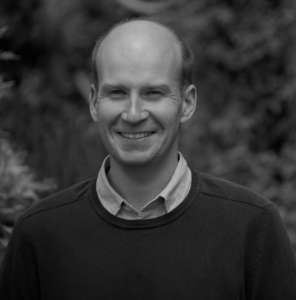 Dr Adrian Evans is a Senior Research Fellow in Food, Water and Resilient Communities at the Centre for Agroecology, Water and Resilience at Coventry University. Adrian’s research is inspired by the urgent need to develop and promote types of farming and food consumption that are sustainable, just and resilient and that pay due care and attention to the needs of humans, animals and the natural environment–and he has worked on several European projects relating to issues around food, farming, animal welfare and water consumption. He was a member of the management team of the EU project Dialrel, which addressed religious slaughter issues and the consumption of halal and kosher foods. He also worked as a social-scientific researcher for the Welfare Quality® project, an EU-funded project which addressed issues of farm animal welfare. Adrian is the lead author of several European Union reports, journal articles and book chapters relating to issues such as; consumer concerns about farm animal welfare; the public understanding of animal welfare science; media representations of religious slaughter and the consumption of halal and kosher foods. His current research areas include; the practical ethics of food and drink consumption, especially in relation to sustainability and farm animal welfare; engaging citizens around food and farming issues; theories of consumption practices; food and communities research. Other interests include: historical geography; science and technology studies; geographies of material-culture; theories of practice. 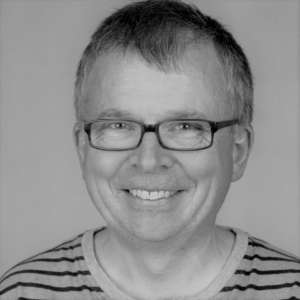 Dr Peter Haslehurst is a post-doctoral neuroscientist based at the Department of Pharmacology at the University of Oxford. His research uses novel optical imaging techniques to investigate plasticity at individual synapses. Peter is currently employed as a Knowledge Transfer Partnership Associate, with the role of transferring knowledge from academia and embedding it within a business (M Squared Life, Guildford). Neuroscience is his second career having previously spent 27 years in the IT industry with various technical roles. 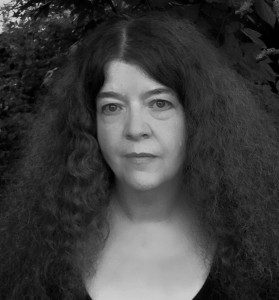 Dr Tina Hearn is a Social Policy Lecturer at the University of Birmingham specialising in social theory, the Director of Widening Participation in the School of Social Policy and a member of the steering committee of the Centre for Contemporary Philosophy of Technology. She has a strong commitment to widening participation and spends time, both inside and outside of work life, working with young people in a variety of ways in schools and colleges across the West Midlands. Tina has also been involved in community politics, with a focus upon equalities, racialisation and policy making. Tina teaches social theory, social policy and policy analysis, within which she has a particular interest in the roles of faith in politics and policy making. Tina’s current research interests revolve around the emergence of ‘New Materialisms’ and exploring some of their various inferences and implications for the roles of faith and faith movements in politics and policy making. Follow Tina on Twitter @SocialPolicyUoB 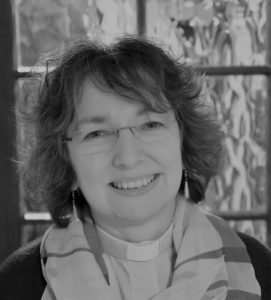 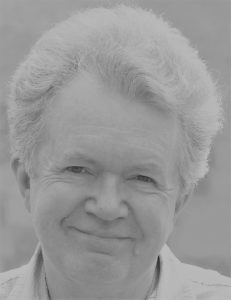 Dr Martin J Hodson is Operations Director for the John Ray Initiative. He is a plant scientist and environmental biologist, and a former Principal Lecturer, and now Visiting Researcher at Oxford Brookes University. He is also Associate Member of the Institute of Human Sciences at the University of Oxford. Martin is Principal Tutor of Christian Rural and Environmental Studies (CRES). The tour scientist for the Hope for Planet Earth tours, he writes and speaks widely on environmental issues. Martin has over 100 publications, mostly in international science journals. His recent books are Functional Biology of Plants (with John Bryant, 2012), The Ethics of Climatic Scepticism (with Margot Hodson, 2015), A Christian Guide to Environmental Issues (with Margot Hodson, 2015) and An Introduction to Environmental Ethics (with Margot Hodson, 2017). 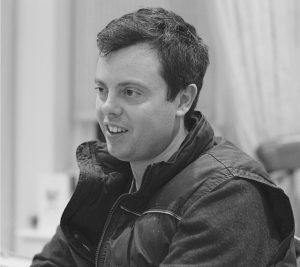 Revd Dr Tim Howles is a minister in the Diocese of Oxford. His doctoral thesis, completed at the University of Oxford, considered the theme of political theology in relation to a number of continental theorists, including Bruno Latour, Michel Serres and Eric Voegelin. Tim has published articles in a number of academic journals, has taught and lectured in theology at the University of Oxford, and has helped to convene a major inter-disciplinary colloquium on theology and the environment. He is also an Associate Tutor at the course for Christian Rural and Environmental Studies. Tim is the proud father of two young children. You can follow him on Twitter here or on Academia here. 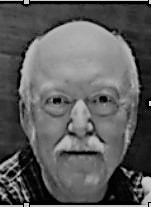 Revd Dr Jeff Leonardi is a freelance person-centred counsellor, a supervisor and trainer, a retired Anglican priest, an Adviser for Pastoral Care and Counselling in the diocese of Lichfield, and now lives in West Wales. He completed his PhD in 2008 on the spirituality of person-centred counselling in relation to Christian and other spiritualities, and the implications for Christian ministry and pastoral practice. He is now an Honorary Research Fellow at University of Wales Trinity St David, attached to the Religious Experience Research Centre at Lampeter campus, researching therapists’ experience of and beliefs about spirituality, which he terms relational spirituality. His publications include The Human Being Fully Alive: Writings in celebration of Brian Thorne and a forthcoming volume entitled Spirituality and Wellbeing: Interdisciplinary Approaches to the Study of Religious Experience and Health. 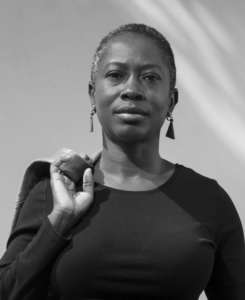 Dr Karen Lord is an award-winning author and independent research consultant in Barbados. Her fiction explores possible futures and alternate worlds with a focus on sociological and theological themes. Her academic qualifications range from a BSc (University of Toronto) in History of Science and Technology with a major in Physics to a PhD (Bangor University, UK) specialising in the statistical analysis of secular religiosity. She has co-authored reports with the Sir Arthur Lewis Institute of Social and Economic Studies (University of the West Indies) on development for the UNDP, and on youth employment for the Caribbean Development Bank. 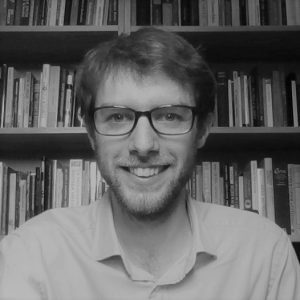 Dr Tim Middleton holds degrees in both theology and science, including a PhD in Earth Sciences from the University of Oxford. He has also taught Earth Sciences at St. Anne’s College, Oxford, as a stipendiary lecturer. He is currently a postgraduate student in the Faculty of Theology and Religion at Oxford, where his research focusses on intersections between eco-theology, trauma studies, and strands of contemporary philosophy. Tim is an Associate of the Faraday Institute of Science and Religion, as well as a member of the European Forum for the Study of Religion and the Environment, the Society for the Study of Theology and Modern Church. He is also a regular speaker for God and the Big Bang, a national project which runs workshops for schools on science and religion. You can follow him on Academia here and on Twitter @TimMiddleton1. Tim has been Communications Officer at the William Temple Foundation since July 2018. 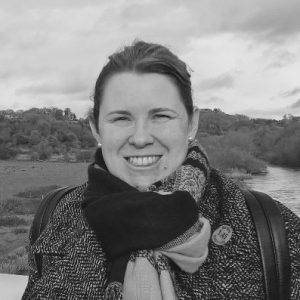 Dr Maria Power is a Research Fellow at Blackfriars Hall, University of Oxford. Dr Power’s academic research focuses on the role that religions can play in ameliorating violence and ethnic conflict. Her research on conflict and peace seeks to understand how religious organisations should behave in conflict and post-conflict situations in order to have a positive impact. She has published widely on the topic, especially in relation to the conflict in Northern Ireland. Maria has expertise in intra- and inter-faith dialogue, the role of ethics in the work and business environment, and peace-building practices. She has published and lectured widely on these topics both nationally and internationally. She is currently a co-investigator on a British Academy grant ‘Beliefs, Values and Worldviews at Work – a quantitative survey’. Maria is a Visiting Research Fellow at the Benedict XVI Centre for Religion and Society at St Mary’s University and in 2019 she will be a Holland Visiting Fellow at the University of Durham. 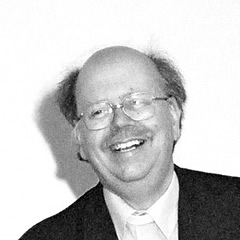 Revd Dr John Reader is a parish priest, theological educator and practical theologian with over 30 years experience in rural ministry. John has degrees from Oxford, Manchester and a Ph.D from the University of Wales, Bangor. He is Honorary Senior Lecturer at the University of Worcester and a Senior Tutor in Christian Rural and Environmental Studies at Ripon College, Cuddesdon. John is both interested and involved in current educational developments and the role of RE in community relations. John’s most recent publications are ‘A Philosophy of Christian Materialism: Entangled Fidelities and the Public Good’ (Ashgate, 2015) co-written with Chris Baker and Tom James, and Theology and New Materialism: Spaces of Faithful Dissent (2017) published by Palgrave Macmillan. Follow John on Twitter @DrJohnReader

Professor Maggi Savin-Baden was educated at The University of Brunel and The University of London, where she gained her MA and PhD (1996). In 2010 she completed an MSc in e-learning at The University of Edinburgh. Maggi has worked in both pre and post 1992 universities in the UK over the course of her career and is currently at The University of Worcester, UK. Over the last 20 years she has written several books on problem-based learning, qualitative research methods and in 2015 completed Rethinking learning in an age of digital fluency. Maggi has a strong publication record of over 50 research publications and a total of 17 books, the latest in 2019 being Virtual Humans with David Burden, published by Taylor and Francis. She has gained external funding to research and evaluate staff and student experience of learning for over 20 years and her recent funded research is into the development of chatbots and virtual persona. In 2015 Maggi became a member of the Church of England Networked Learning Committee and in 2016 she was licensed as a Reader. In her spare time she bakes, runs, rock climbs, snowboards and attempts triathlons. 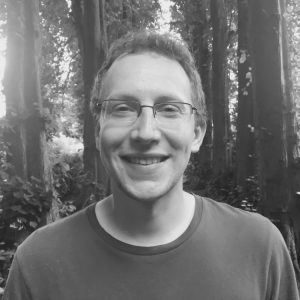 Matt Stemp is a climate activist and religious studies researcher at Goldsmiths, University of London. His research explores the mobilisation of religion in the mass civil disobedience movement Extinction Rebellion (XR), seeking to understand how and why people from different faith-based, spiritual and secular perspectives are engaging with and shaping contemporary climate activism. Matt has a longstanding personal and academic interest in religion and spirituality. Following his first degree in Mathematics at the University of Cambridge, he worked for the Church of England as a youth worker and pioneer developing new forms of Christian community. His master’s research at King’s College London focussed on the theology of the emerging church movement in the UK. Though no longer a religious practitioner (at least in any recognisable form), he remains deeply interested in how religious and spiritual modes of thought and practice influence contemporary culture. 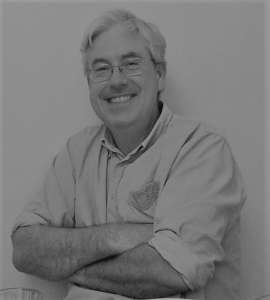 Dr Paul Woods is a research tutor at the Oxford Centre for Mission Studies and an Affiliated Researcher at The Leeds Centre for New Chinese Writing. His academic journey has taken him from engineering, through linguistics and theology, and on into continental philosophy and literary theory. His first PhD was in the Cognitive Linguistics of Chinese and the second was a Biblical Theological response to migration in East Asia. His principal research interest involves using lenses from continental philosophy and sociology to examine East Asian fiction as a representation of social change and trends.