Archbishop of York: We Can All Be Catalysts For Change 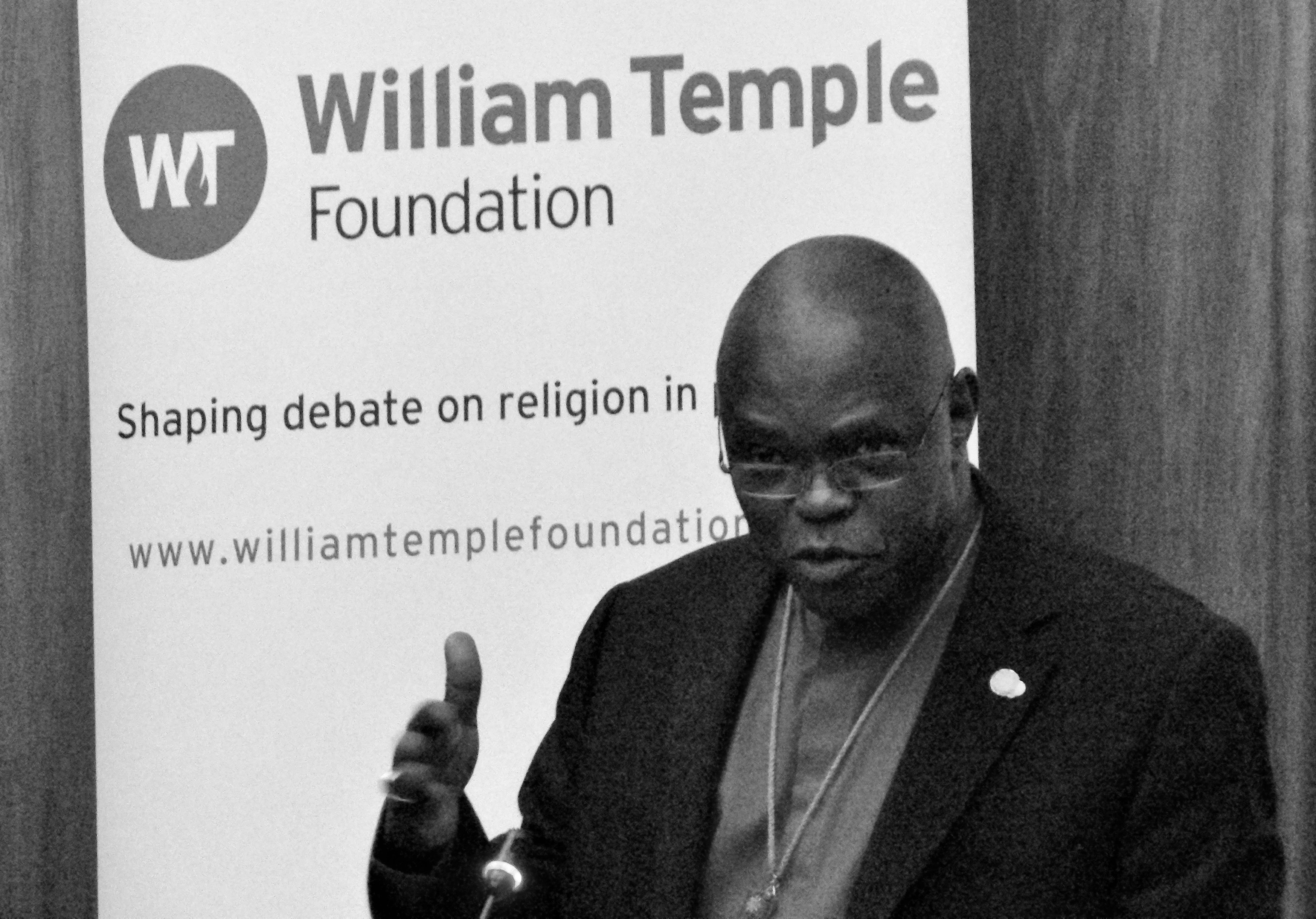 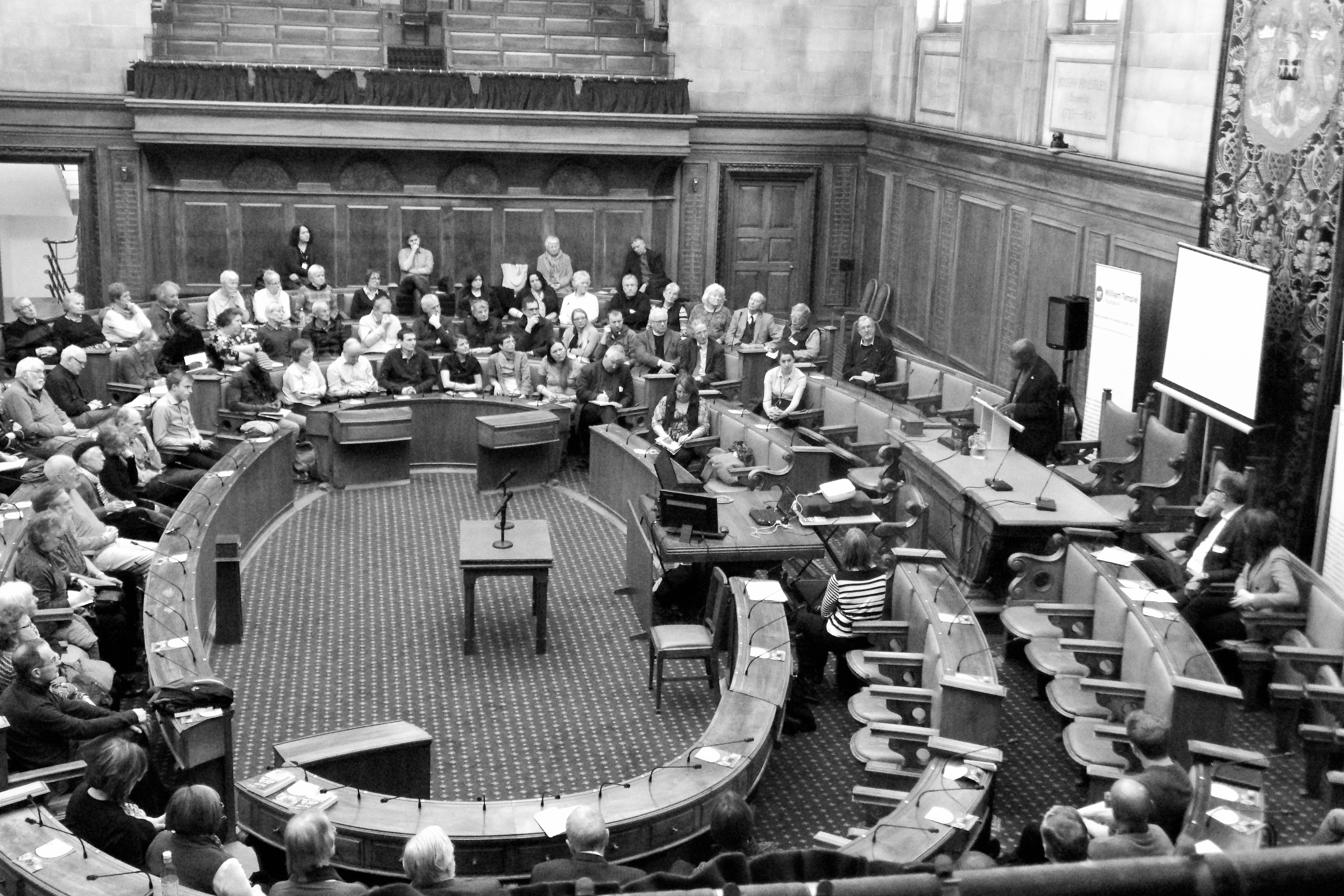 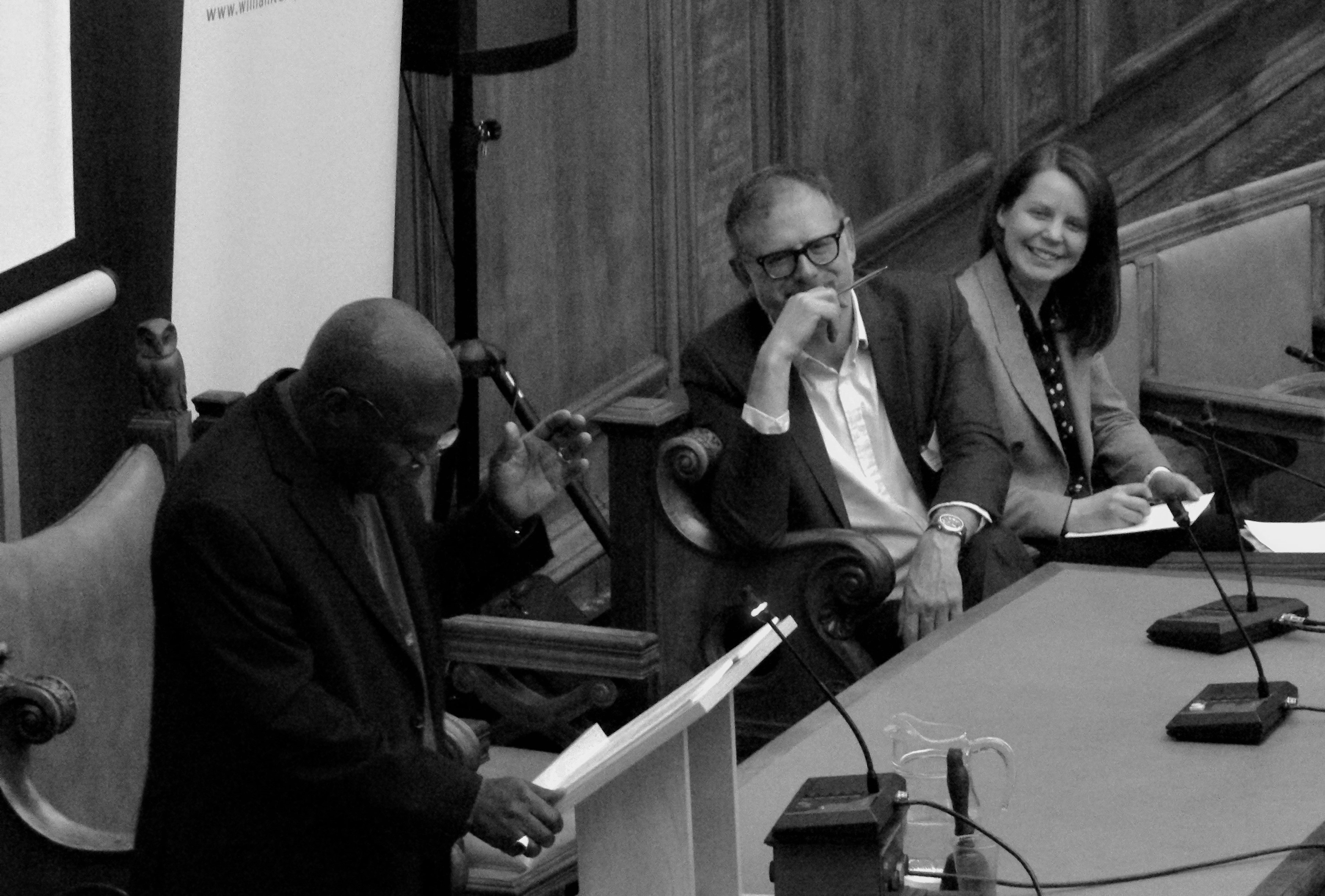 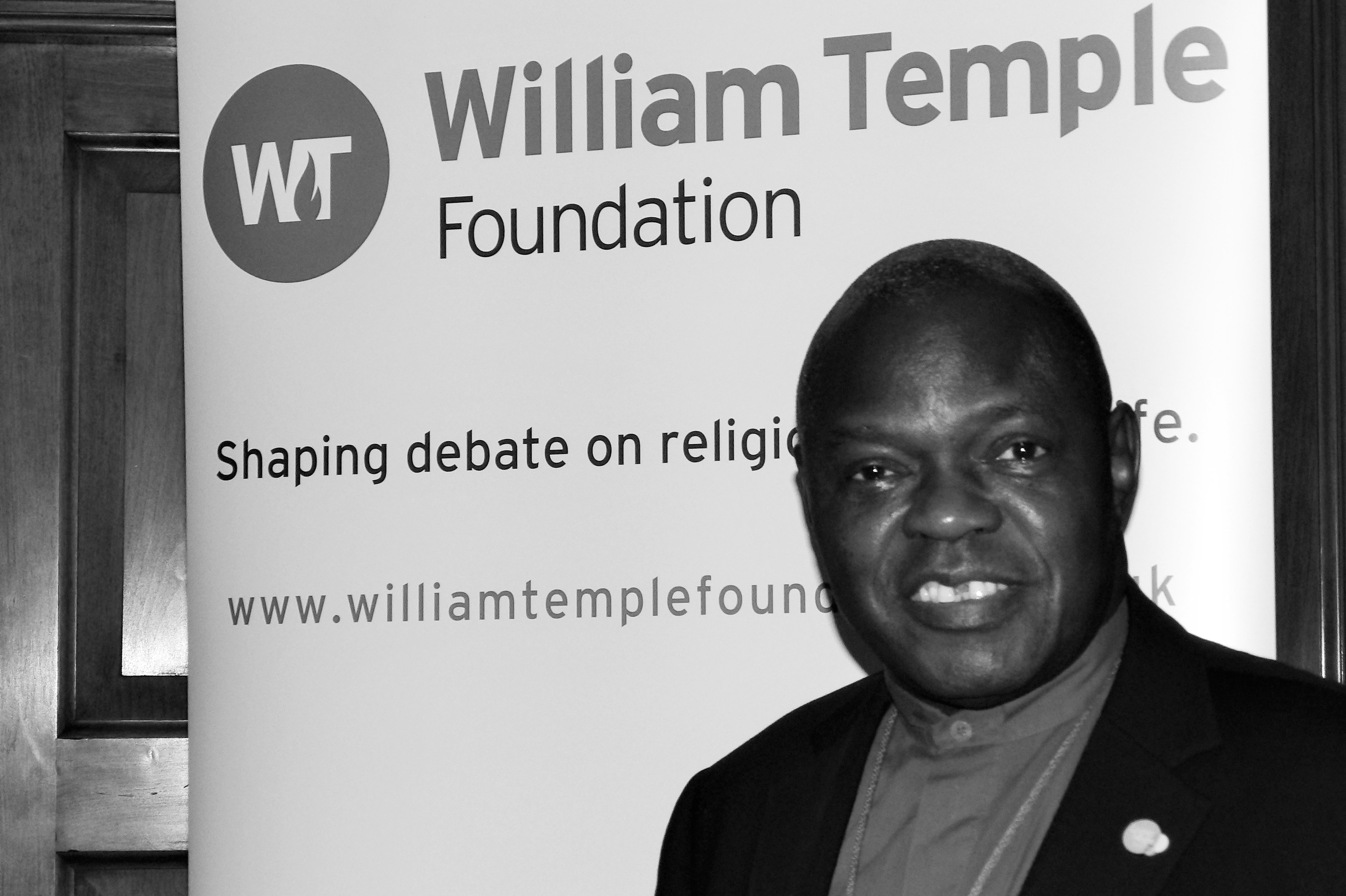 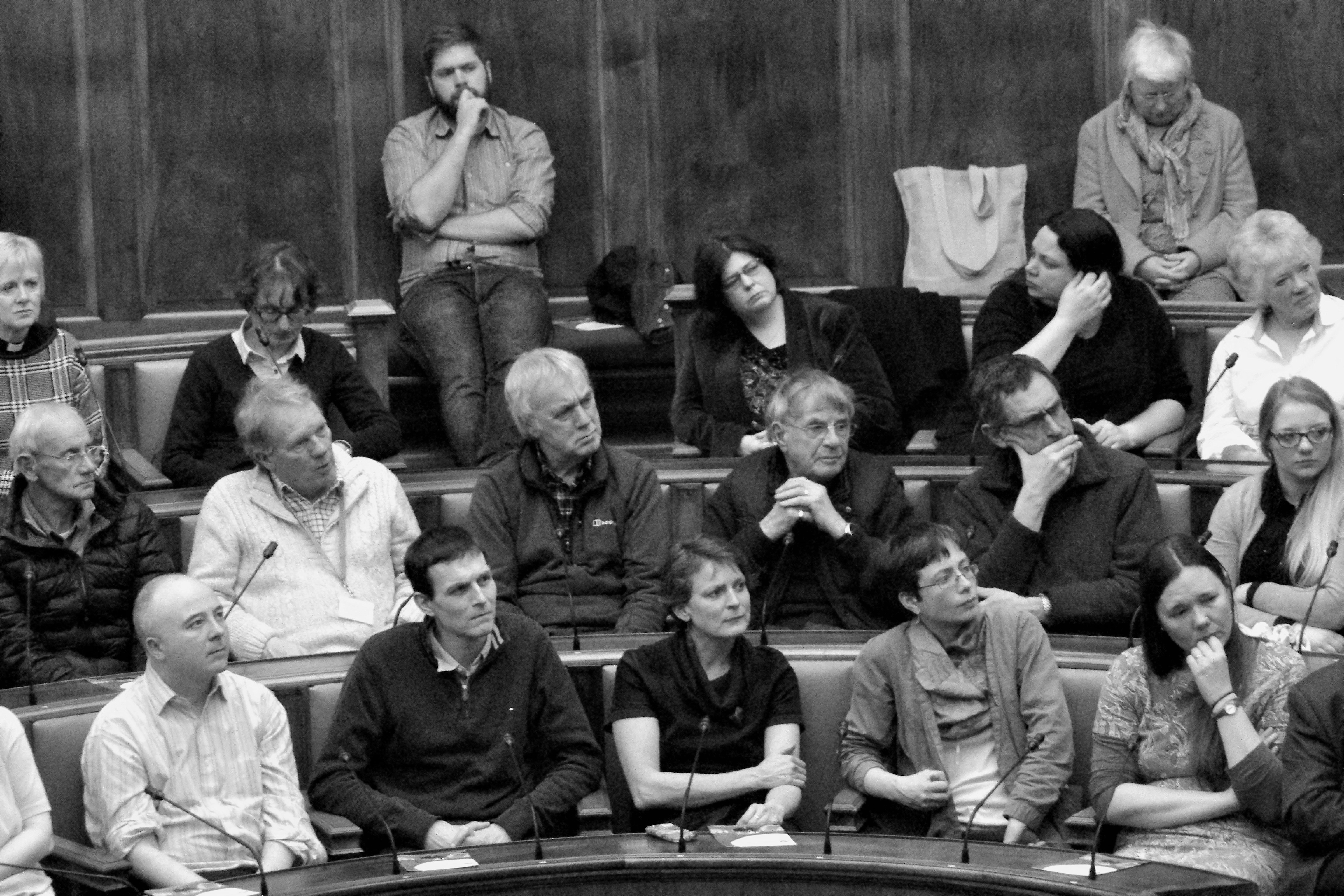 On Wednesday 18th March we were delighted to welcome the Archbishop of York, Dr John Sentamu as the presenter of the inaugural William Temple Foundation Annual Lecture. Addressing a 130-strong audience, in the magnificent setting of the Council Chamber at Leeds Civic Hall, the Archbishop’s resounding message was on the need to reimagine the political landscape, placing the dignity of every person as our shared priority. Channelling Temple, Archbishop Sentamu reminded the audience that the state exists for the citizen, and not the citizen for the state. Therefore, there is no false distinction between mission and politics.

The lecture began with a video clip of Archbishop William Temple addressing a packed Albert Hall in London, in 1942.

For Archbishop Sentamu, politics is about recognising and bringing into being the innate dignity of every citizen as a child of God. Central to his argument is Temple’s three social principles based on freedom, fellowship and service. Freedom is not an individualistic freedom from something (away from others and responsibility) but a freedom to do something – i.e. take responsibility for the way we live our lives and policies and decisions. In Christian terms this means having the freedom to eradicate the major social ills and fighting against social injustice. A freedom to love our neighbours as ourselves. The state has a role in promoting this freedom, to help others by providing the basic structures that liberate us to do this: i.e. enforcing laws around basic liberties, providing opportunities to earn a decent living, and providing key infrastructure like healthcare, education, and well-being support.

The church since the 1985 Faith in the City report has lost its way and voice in the public sphere by becoming obsessed with internal issues to do with sexuality and gender. But now the way is clear for a full-blooded engagement and shaping of the public sphere.

The Archbishop spoke on ideas of fellowship – the recognition that we are all mutually dependent on each other and a rejection of the consumerism and materialism that has dominated Britain for the past 30 years. And so, as in the opening video clip (above), both the state and the church have a role in making sure that fellowship is fostered.

Freedom and fellowship work best when we seek not our own wellbeing but the general well-being of all – it is through service to family and community that society as a whole benefits. Our wider loyalties can be used to check our narrower one. For Archbishop Sentamu (like Temple), the road to moral and economic recovery is a path not to riches but to service. The Archbishop offered some practical case studies of how this could be done – e.g. credit unions, the Living Wage campaign (which he has been directly involved in as Chair of the Living Wage Commission). The Living Wage campaign is of particular importance, according to the Archbishop, because as a society we simply cannot afford to pay people less than they can afford to live on. He suggested challenges at both ends of the generational spectrum, stating that a society with such high youth unemployment is storing up problems for the future, whilst also suggesting that it is a difficult time to be growing old.

Archbishop Sentamu spent some time focusing on the role of business in the creation of a fair and equitable society, with the notion of a common profit. He spoke of inspiring examples from the ‘Chocolate Trinity’, Quaker businessmen Cadbury, Rowntree and Fry, and how profit was not the solitary important factor in their business models. The Leeds audience was perhaps unsurprised to hear mention of the fact that for every 14 jobs created in the south of England in the last year, only 1 was created in the north. This north/south divide appears to be of particular concern for the Archbishop of York. As such, he made it clear that the economic recovery should not be understood as an end in itself, rather it is a means to restoring human dignity.

Finally Archbishop Sentamu offered a challenge to the audience, stating that this event should be a catalyst for all of us to play our part in creating a more flourishing and deeper form of political engagement. The transformation is up to us!

We would like to thank the Archbishop of York for delivering such an engaging and thought-provoking lecture. Thank you to Leeds Civic Hall and the Leader’s office at Leeds City Council. And thank you to all who attended, asked questions and enjoyed the reception afterwards.