Following Living Wage Week 2020, Val Barron makes the case for a deeper solidarity with all our co-workers.

My research interest in social enterprise stems from the belief that businesses can provide a place for people to feel valued and to flourish—and thus have a place in the Church’s social action. However, as I was reminded at the beginning of my research in an interview with a Christian social entrepreneur, the Church can be reluctant to engage in the world of business:

Yet we also know that businesses can be places where employees are exploited and undervalued. The last nine months has only made this exploitation more visible. The number of people earning below the minimum wage has risen fivefold to 2 million since the start of the coronavirus pandemic. It’s probably worth reiterating that fact: 2 million people now earn below the minimum wage.

For the last three years I have been a member of Tyne and Wear Citizens Living Wage Action Team and every year we hold a celebration during Living Wage Week. While the North East is the region with the lowest number of accredited employers nationally, we have seen a rise from 30 to 133 over the last three years. Preparing for this year’s celebrations felt very different, and not just because we held the event online. It has felt more personal, more emotional and closer to home; there is a deeper solidarity.

Earlier this year we heard from a young carer who worked in a local nursing home. Since she was under 18 she only received £4.35 an hour; she had to buy her own uniform; and she often worked twelve-hour shifts. We were told how she regularly worked without appropriate PPE, and fear of losing her job prevented her from complaining or taking time off if she felt poorly. Her experience tallies with the claim that three quarters of care workers in England are paid less that the real living wage; this is a staggering 82% in the North East. During the first lockdown, as we all gathered on doorsteps to applaud our NHS, I struggled to clap knowing the deep injustices suffered by some of our most valuable workers.

Meanwhile, redundancies have hit record rates and unemployment levels continue to rise, with the North East seeing the highest rates of unemployment in the UK at 6.7%. Very few households have not been impacted by the reality or the fear of low pay and insecure work.

Joerg Rieger adopts the term ‘deep solidarity’ to describe the situation where the 99% of us who have to work for a living (including people who are excluded from the job market) realise that they have this in common. Deep solidarity recognises that the system works for the few rather than for the many and that nothing will change unless more of the many come together. Deep solidarity allows us to work for common causes, dealing with our differences constructively, and developing what Angus Ritchie describes as a practice of inclusive populism that welcomes religious and secular perspectives as well as other diverse views.

But what does this have to do with my Christian faith? How does this affect the Church with its inclination to focus on otherworldly or private affairs as opposed to tangible working conditions? Unfortunately, many faith communities are unaware of the ties between religion and the everyday life of working people. But Rieger reminds us that the Abrahamic traditions have their beginnings in the struggle for the liberation of the Hebrew slaves.

Never in my lifetime has there been a more important time for faith communities to re-engage with the fact that they are communities of working people whose tradition is one of liberation, and whose task is to develop a deep solidarity for the common good. John Artherton reminded us that a market economy ‘offers one of the greatest challenges to Christianity just as Christianity in its own turn challenges that context by its refusal to be fully integrated into it’ (Christianity and the Market, p. 21).

Now is our time to re-integrate into the world of business, in deep solidarity with our co-workers to ensure it is a place for all to flourish. 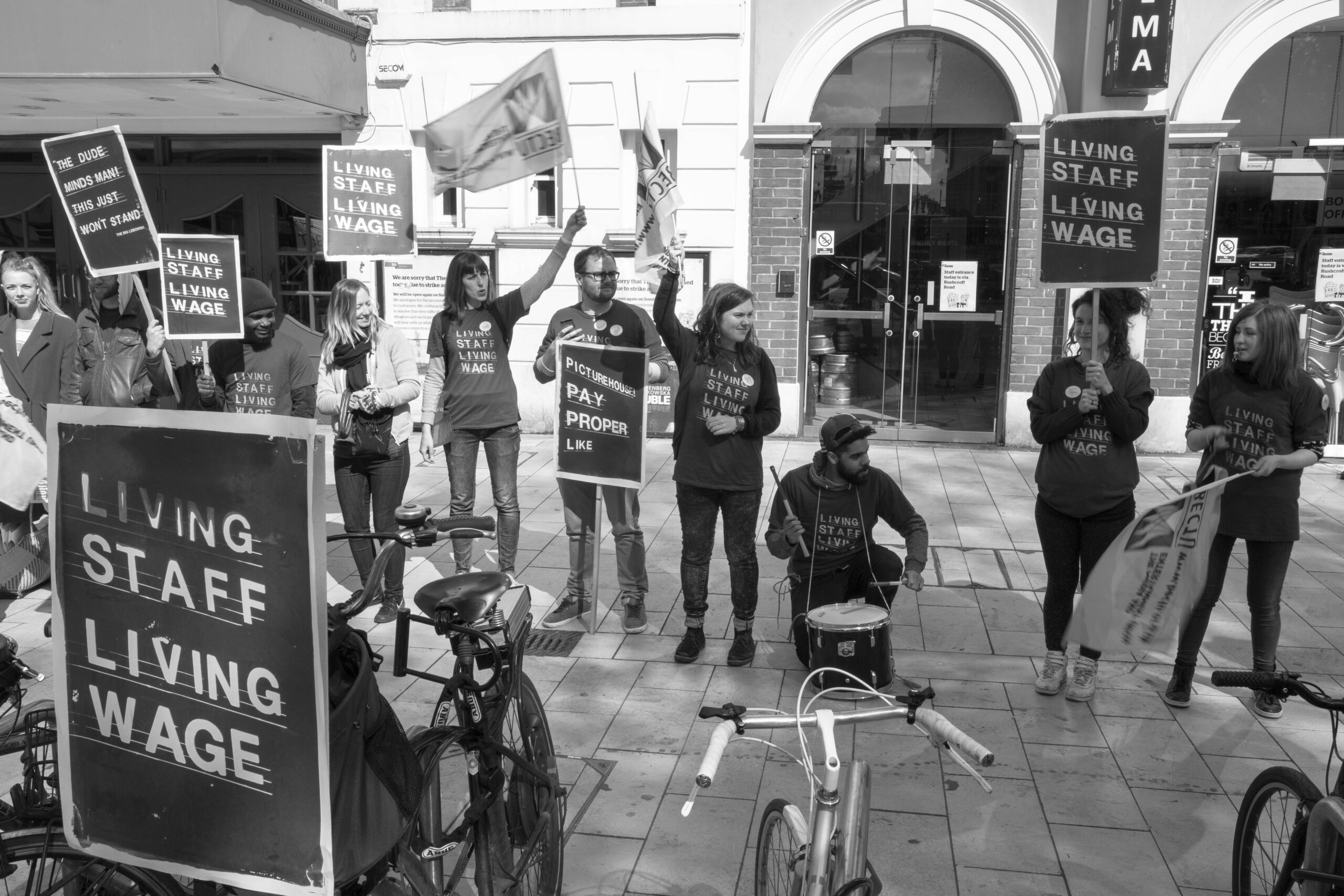