David Shaw finds much to admire in this study of Cardinal Cahal Daly and his role in peace-making in Northern Ireland.

The number of books covering the violence, politics, and historical dynamics of Northern Ireland from 1968 to 1998 is considerable and continues to grow. It has been approached by authors seeking to understand the long historical processes of conflict in Ireland and those who focus on the thirty years from 1968 to 1998. Within this, the complexity of the role of the Catholic Church has been placed in both a political and religious context. The reader of political biographies is also well served with critical appraisals of the key political figures.  However, theological studies of prominent religious voices remain sparse.

Making considerable use of Daly’s own writing, Catholic Church publications, Papal encyclicals, and substantial secondary reading in support, Power provides the reader with a thorough, and highly detailed assessment of an ecclesial mission focussed on peace and social justice in the context of Northern Ireland from the outbreak of violence in 1968 until the Good Friday Agreement in 1998.

Daly faced two challenges in Northern Ireland. First, to encourage both Catholics and Protestants to consider what it meant to be Christian in the face of modern, mechanical violence. Second, to ask Christians to imagine a new vision for Northern Ireland, with love and social justice at the core of any future peace agreement. Power surveys how prayer, ecumenism, and dialogue were used to galvanise Christians in a new mission. The purpose of that mission was to foster mutual understanding, the rejection of sectarianism, and to embrace, not to reject, the other in the search for justice.

Power examines how Daly argued that, for a peaceable kingdom to be established, it could not be separated from social and economic considerations. It was his view that, as a lived belief, justice was integral to Christianity. Justice for Daly was not just about individual experience it was also deeply spiritual and had to be experienced by the whole community. He thought that public spending, the governments that provided it, and those who received it should use their conscience to ensure a moral commitment to a fairer society for all. For Daly, Christian convictions did not stop at the church gate but should be a public voice used for wider conscience-raising for peace, within which economic and social justice were integral components.

If peace with justice was to be achieved in Northern Ireland Daly encouraged Christians to become part of a politically active public sphere. This approach was anchored in Vatican II and the idea of a church in the service of society. Daly rejected the idea of a confessional state but did think that political thought should be rooted within individual and community moral conscience. It had to become a moral influence within political and public space, not the owner or driver of political power. Daly wanted to ensure that politics recognised that it had a moral obligation to establish the well-being of all within the community, especially those labelled as the other. This was a sophisticated and profound message: to understand and express concern for the rights of all. He argued that, for peace to be achieved, governments had to recognise their responsibility and that the state should be a mechanism for the promotion of the common good.

Whilst the church took the view that, whilst peace was always the ideal, if violence did occur, then it had to be subject to constant moral inquiry. The exploration of the arguments that Daly and the Church had with the IRA over Just War theory and the legitimate use of violence is a thorough, well researched, and important addition to existing published work.  For Daly, violence, whoever used it, ultimately prevented a flourishing, dignified life. It destroyed individual conscience and encouraged a descent into a circle of violence. The message from Daly was clear: violence will ultimately destroy what you are trying to create or defend.

What Power has revealed are communities and individuals in Northern Ireland coming to terms with the move to bring the Catholic Church into the modern world, whilst experiencing the trauma of years of sustained violence. It is a meticulous analysis of the Catholic Church’s theological and philosophical response to conflict in Northern Ireland with rigour, depth, and expertise.

It is an exploration of faith in the public square that Power argues has been forgotten by the Church today and is now slow to make its voice heard. It has become reluctant to provide a voice for the voiceless. The lesson provided by Daly is that we all must work continuously for peace and justice. Given the current level of growing tensions over the impact of the Northern Ireland Protocol of the Brexit Withdrawal Agreement, it is a voice such as Daly that Catholicism needs to find once again. 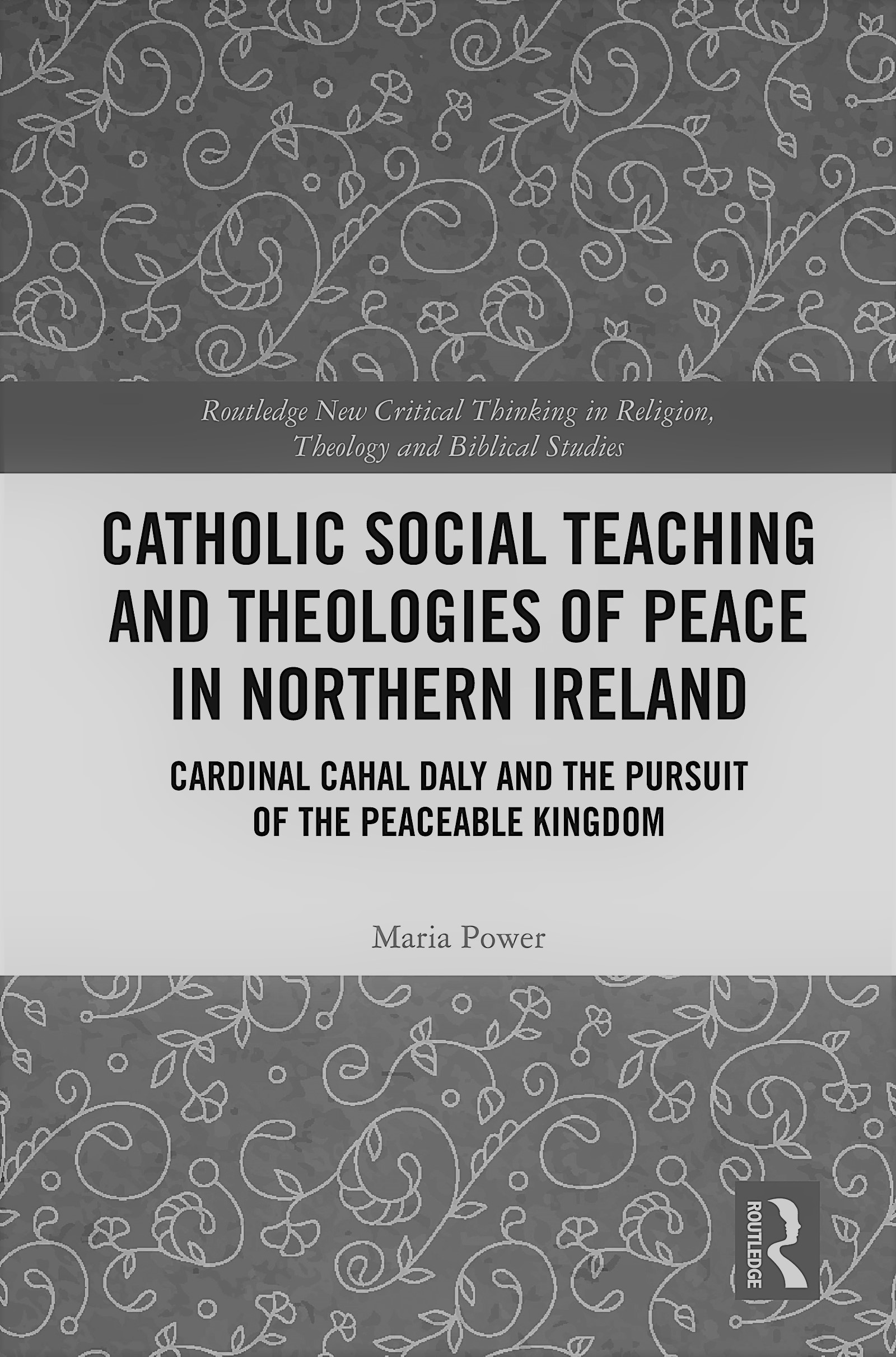