‘I can’t breathe’: lifting the lid on institutional racism in the Church of England

Professor Chris Baker applauds the recent From Lament to Action report, and challenges the church to create a community where all of its members can breathe.

Last week saw the publication of the latest Church of England report, published by its Anti-Racism taskforce, looking at institutional racism in its structures and hierarchies. I say the latest. The From Lament to Action reportis, by its own admission, the most recent in a long line of 20 reports during the past 35 years which have produced no less than 161 recommendations for action to tackle racial injustice in the Church. Hardly any have been met.

To the report’s credit, each recommendation is meticulously referenced in an appendix which, as you can imagine, runs for several pages. Each unfinished recommendation is not only an admonishment against any type of complacency but also a self-inflicted admission of guilt. It is akin to handing out free ammunition to those who would wish the church harm by giving them the wherewithal to blow this report out of the water before the new Commission on Racial Justice even begins its work.

For the secular and sociological left, this list is further proof of an outdated institution, hopelessly in thrall to a colonialist and constitutionally elitist past and struggling to connect with the present era. For critics from the right (and its many media cohorts) this report will likely be interpreted as a misplaced and dangerous form of ‘wokeness’ that positions the Church away from its role as the cultural and moral guardian of an English narrative of cultural superiority and Empire that is reassuringly dusted down from the 1950s whenever there is a threat to that hegemony. And then there are siren and insidious voices of discontent within the church itself, fearful of being accused of being seen to ‘take sides’ or appear ‘too political’. We had enough of this misplaced appeasement during the struggle to ordain women to the priesthood in the late 80s and early 90s. This report, to its credit, creates no such grounds for appeasement of tender consciences in this regard, with its clear commitment to tackling racial injustice as a whole and united body.

However, the report needs to be read in tandem with Clive Myrie’s Panorama programme which trailed its publication. Whilst the report focuses mainly on important policy changes—for example, changes around legislating for increased participation, racial awareness training, and representation—the Panorama broadcast rightly focused on human narratives and experiences of clergy from minority ethnic backgrounds who found themselves on the frontline of both covert and overt racism in the Church.

Their common experience, heartbreakingly and courageously relayed, was of having to ‘tone down’ their colour—their essential identities and personalities—and the insidious need to accommodate to the rules of some arcane game which they could not understand and which were never explained. They described how having to fit into this cultural system felt akin to having one’s creativity, individuality, and giftedness slowly squeezed out of them—of being suffocated by the system.

‘I can’t breathe’—the last desperate utterance of George Floyd whose life was slowly squeezed out of his body by a sadistic law-enforcement officer whose approach to citizen protection was sanctioned by a racist judicial system—are words that now haunt the world.  Since George Floyd’s death, I have become acutely aware (as a white person) that the extinguishing of breath, whilst at its most extreme in the sanctioned violence against black and brown bodies by the state, is also an experience that works in more invisible and insidious ways. It is a form of psychological attack, undermining a sense of belonging and contribution from within so that one feels like an empty shell, a wraith or shadow, in the domain of the living dead.

So, for all the commendable actions and creative ideas promulgated in this report, only one criterion should be used by those assessing the success of the forthcoming work of the Racial Justice Commission. Did we manage to create a Church of England where all its members can find room to breathe and revel in their God-given charisms, experiences, and identities—but especially and specifically those from minority ethnic backgrounds? Or did we fail?

I hope that in five years’ time, the Commission will have not only inspired the Church to change, but it will have successfully shared with the whole nation a better and alternative vision of what a truly diverse British society in the 21st century looks like. Publishing 161 reasons for your enemies to attack you for failed and broken promises is ultimately an astute move. At a time when our political masters appear to be engulfed in a tide of alleged corruption and off the record transactions, the commitment to transparency and a publicly accountable assessment of past failings immediately and effortlessly captures the moral and political high ground. It looks like proper leadership.

However, if we do not succeed in this task, then that part of the body of Christ that used to be referenced under the name of the Church of England will die for lack of breath, slowly suffocating under the inertia of failing to grasp the deep and inclusive change this moment in history demands—and perhaps rightly so. 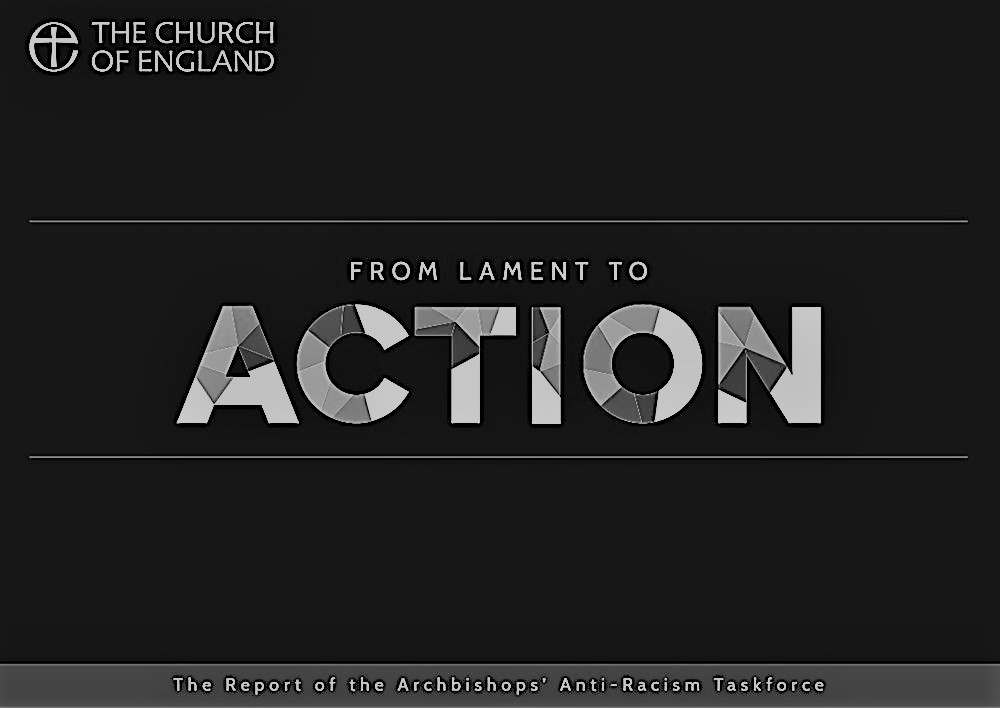