Dr Maria Power, Senior Research Fellow at the Foundation, asks what we can learn from Northern Ireland about tackling our polarised politics.

When Pope Francis was on BBC Radio 4’s Thought for the Day on 29th October 2021, he suggested that:

‘Every crisis calls for vision, the ability to formulate plans and put them rapidly into action, to rethink the future of the world, our common home, and to reassess our common purpose.’

While Francis was talking about climate change, his words also provide us with inspiration as we seek to overcome the political polarisation that is still prevalent in Northern Ireland, some 23 years after the Good Friday Agreement was reached. In brief, the Protestant, Unionist, Loyalist, and the Catholic, Nationalist, Republican communities still vote by and large along sectarian lines; resources such as housing and public amenities are still contested (although this is slowly abating); corruption is common among the political classes; new migrations to the region have resulted in racism; and paramilitarism is endemic within working-class communities. As one of the participants in my current research project commented:

‘it’s too much in our DNA for it to disappear in just 20 years.’

Within working class communities in particular, polarisation is framed in terms of winners and losers of the conflict, with the Protestant, Unionist, Loyalist community viewing itself as the loser abandoned by the British state that it had so valiantly fought for.

However, there is an alternative narrative, one of faith-based organisations and churches working to present a different vision of politics and society in which we use the teachings of Christ—and if you’re Roman Catholic the magisterium—to create a picture of society as it should be, and a map to get us there.

How we got here

It is obvious from this description of contemporary Northern Ireland that the world is not as it should be. It is not the way God wants it to be and political, social, economic, and religious relationships in Northern Ireland are broken. As the work of Tearfund and Thrive Ireland so aptly demonstrate broken relationships with ourselves, God, others and wider creation creates the perfect storm of personal and social conditions that leave a society open to political polarisation. In Northern Ireland, this has led to identity being formed primarily through the lens of the political – with identity politics and therefore political polarisation being intensified by high levels of socioeconomic deprivation. This leaves communities vulnerable to control by paramilitary organisations making it harder to move beyond the polarised silos of Protestant, Unionist, Loyalist, Catholic, Nationalist, Republican, and migrant. Yet moving beyond these labels is what is needed to overcome prejudice and see ‘the other’ as truly human. Attitudes are based upon perceptions until real relationships exist. The churches often contribute to such patterns through their own siloed understanding of their role in society and the creation of what one evangelical minister described to me as a ‘turn or burn’ culture, which often holds people of faith back from challenging behaviours that are contrary to gospel teachings.

But before we can decide or even suggest how to change things, we must envision what a society free from political polarisation looks like—as Francis puts it, ‘to rethink the future of the world’. As a pastor from a deeply divided rural area asked me, ‘if we don’t know what we’re trying to achieve, how can we get there?’

So, here is a very brief outline of my own vision, which is based upon the gospel, Catholic social teaching, and dialogue with religious and secular actors who are working to overcome political polarisation and build a peaceful society.

The dignity of every human person is recognised, meaning that politics is no longer viewed as a venue for competition, but as a means of service to society. As a pastor at an inner-city church said to me, we need to ask ourselves:

Political and social policy needs to be founded upon the principle of human flourishing; ‘our focus needs to be on enabling people to achieve their God-given potential’ (Street Pastor). Relationships need to be based upon acceptance rather than tolerance. Tolerance is just a way of co-existing, while acceptance is a way of living communally. Finally, churches need to take a lead (and many have already done so) in building a more peaceful society. The minister of an affluent suburban congregation put it this way:

‘Peacebuilding and reaching out across divides should be an expression of the life of the church.’

So, now we have a destination, how are we going to get there? The first thing that we need to do is treat the causes as well as the symptoms of political polarisation. For example, the social and economic deprivation that is leaving communities vulnerable to the identity politics creating political polarisation needs to be addressed at all levels of society through, for example, grassroots-motivated community development work as well as government policy. Everything needs to be adapted to the local social ecology. The work of The Resurgam Trust in Lisburn has shown how a community can transform itself by working in partnership with everyone, from the most marginalised to statutory bodies. As churches and faith-based organisations, we must engage in self-reflection and discernment, rather than assuming that we have all the answers. We must also understand our own broken relationships and seek to fix them through dialogue and relationship building. As Thrive Ireland proposes, we need to listen to God, listen to the community and listen to each other to determine what a community needs. Diane Holt, the Director of Thrive Ireland, suggests that we must:

‘listen with the intent of understanding so that the fears can and will be dealt with; but (this way of listening) also allows people to find out things for themselves.’

Prayer can also be a useful tool in challenging political polarisation, as it changes the person praying as well as the person being prayed for and can shape people’s knowledge and understanding of a situation Such a process of listening and understanding can only occur where strong relationships exist. Most of all, however, we need to remember that this is a long-term process, we won’t necessarily see the final product.

To come back to Pope Francis, political polarisation can be overcome if we take the time to rethink the future of our world and our place in that future. Not only can we provide a vision of that ‘alternative possible future’, but we must also have the resources to guide us on the journey. We need to do this both as individuals and collectively, through our faith institutions, and as a society. But one question must be at the heart of all of this and should animate any action that we take: ‘What is God’s vision for the world?’ 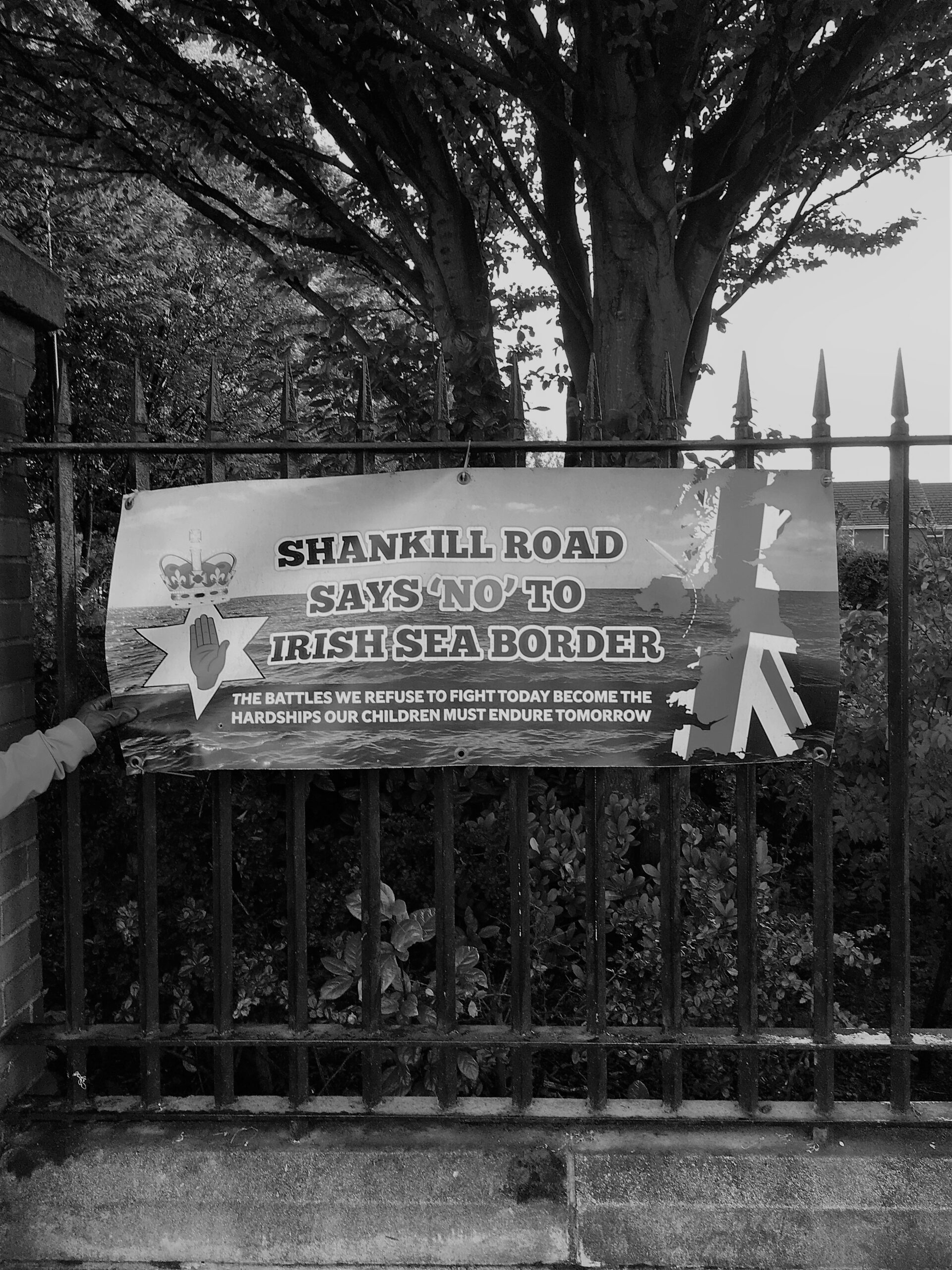