Reading, Religion and the “Levelling-Up” Agenda

Rev’d Sorrel Shamel-Wood argues that literacy is central to “levelling-up”, and that, given Christianity’s close relationship to texts, Christians should be at the forefront of promoting this agenda.

Surely few can have missed the phrase “levelling-up agenda” in recent political discourse and its media coverage. As a child of the 90s, for me the phrase conjures images of SuperMario world and the jaunty jingle at the end of each level of the game, as the Mario avatar reached the final flagpole and achieved a multitude of bonus points. But what would genuine “levelling up” in this country look like and to what extent can it be considered a Christian ideal?

There is a plethora of ways in which the most disadvantaged in society could benefit from having their lives and life chances significantly improved, were the ever-increasing disparity in wealth and opportunities for the richest and poorest to be reversed. Housing availability and quality, food insecurity, racism, the living wage, rights and benefits for workers in the gig economy, air quality, the north-south divide, and public transport infrastructure are all examples of societal issues which could benefit from some serious “levelling up”, to bring a better quality of life for the most disadvantaged. But I am going to focus on just one issue: education, and more specifically, literacy, and to argue that improving literacy rates, both in the UK and globally, should be a priority and can be considered a Christian imperative.

The historic connection between religion and literacy renders the two subjects almost inextricable. The invention (or, if we are being precisely accurate, adaptation) of the printing press by Johannes Gutenberg, instigated the first print run of the bible as well as the dissemination of Martin Luther’s 95 theses and his translation of the New Testament. It is hard to imagine the Reformation without the printing press: as the Protestant focus on individual salvation and sola scriptura created a demand for personal reading of the bible, and the technological innovation of the printing press facilitated this demand, literacy rates across Europe skyrocketed. This newfound craze for personal reading transcended the religious as new secular literary forms, such as the novel, were created.

If we look further back in Judeo-Christian history, we see that text and religion have been interrelated from ancient times. In the latest books of the Old Testament/Hebrew Bible, there is a shift towards scripturalisation and a meta-textual awareness of reading and writing compared to the predominantly oral culture in the earlier biblical books. The books of Chronicles, Esther, and Ezra contain textual forms such as letters and other documents within their wider narratives, as well as numerous depictions of reading and writing. For example, in Esther 6:1, the king gives orders that his subjects read to him from the Persian Empire’s historical records to aid his insomnia. The reading of the records functions as a plot device, as the king realises that Mordecai has not been adequately rewarded for a previous act of heroism. The story presupposes a setting of texts, records, and reading as the background to the events of the plot. In Daniel 5, there is a dramatic and terrifying scene featuring a disembodied hand, writing an ominous, enigmatic prophecy on the wall of the palace. Again, a culture of reading and writing is assumed in the setting of the story world.

Religion and text go together, especially in the first century and the late inter-testamental period. This was a time when seminal religious texts such as the Dead Sea scrolls were being written. Jews were, and are, people of the book and Jewish literacy rates at the time of the Roman Empire were significantly higher than those of other occupied peoples. And, from this profoundly and self-consciously textual starting point, Christianity emerged, appropriating the Hebrew scriptures as the Christian Old Testament and, of course, adding its own canon including the four gospels.

Literacy is profoundly important, for the flourishing and deepening of religious faith and for human flourishing more generally. The National Literacy Trust cites the statistics that “1 in 11 disadvantaged children in the UK say that they don’t have a book of their own”, “children born into communities with the most serious literacy challenges have some of the lowest life expectancies in England”, “children who enjoy reading and writing are happier with their lives”. Half of Britain’s prison population is functionally illiterate. The impact of the pandemic on long term literacy outcomes for children is currently difficult to predict, not least because data collection has been patchy due to mass absence from school, but one can assume that it will have added to the challenges faced by schools in the UK at least to some extent.

Literacy matters and, if we are serious about “levelling up” and improving life chances for the UK’s most deprived children, I would suggest that literacy is an important area of focus. To support schools and families in their development of child literacy can and should be seen as a Christian imperative. That could manifest itself in foundation governors who help support teachers and hold schools to high standards, in volunteers who hear readers in schools, or in supporting charities such as the Book Trust. Besides, at the end of the day, a child is never going to read the bible if they simply cannot read at all.

Rev’d Sorrel Shamel-Wood is a curate in the Dorchester Ministry Team, Diocese of Oxford. She has an MSt in Hebrew Bible from the University of Oxford and an M.Ed in Politics, Development and Democratic Education from Cambridge. Prior to ordination in the Church of England, she was a secondary school English and Drama teacher.

Images by Jonathan Borba and Adam Winger on Unsplash. 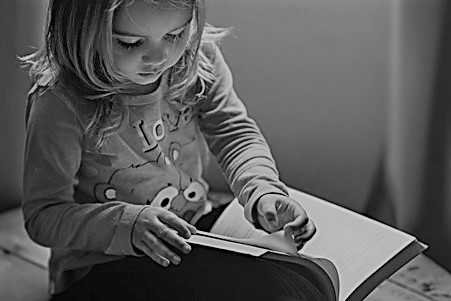 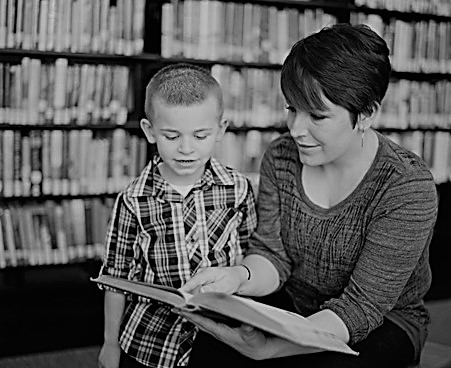