Review of ‘I Belong Here: A Journey Along the Backbone of Britain’ by Anita Sethi

John Reader reflects on Anita Sethi’s recent memoir, following both her internal and external journeys, and applauding her use of digital media to bring about new forms of public interaction.

This will not be a ‘normal’ book review, but then this is not a normal book. It is an exceptional book touching reflectively on themes that are central both to the work of the Foundation’s Ethical Futures Group, and more widely on how the UK perceives itself at this moment. In effect, Sethi, by pursuing her own very personal journey, presents us with a mirror of where we are now and how much needs to change. What follows are some of my own reflections on her reflections—as some of the ideas she shares resonate with the work of our own Ethical Futures Group.

In summary, Sethi sets out to walk across ‘the North’ as a response to being the subject of a hate crime while travelling on the Trans-Pennine Express in 2019. Her account of the incident, and references to earlier ones which she did not report, throws a shameful and disturbing light on the depth and prevalence of racism in this country, exacerbated by the Brexit process. This is her story to tell, though it is echoed in the experiences of many others. For those of us who have never experienced such discrimination, it is a story to take to heart and begin to understand.

It is also a story of hope, though, as by recounting her own journey, both the external one across the northern countryside and the internal one of coping with the trauma and anxiety brought on by this incident, she shows the importance of human connections to the ‘natural world’—and how caring for others incorporates our care for the environment.

Determined to establish for herself, and for others, that she belongs here, as a Mancunian and a northerner, she draws out the significance of the geological and geographical terminology which she encounters as she both walks and researches the areas which she explores. This includes places such as: Kinder Scout, with its symbolism of free and open access to all; Malham Cove; High and Low Force; Hull Pot; and travelling the Settle to Carlisle railway. Railways played an important part in her own family background, and she reminds us of the human cost of the construction of these vital networks of communication.

The walking is difficult and at times dangerous. She gets lost and then finds her own way through. Others accompany her or offer advice along the way, but some of this is journeyed alone with the vulnerability this might entail. Vivid descriptions of this bring the areas to life and ought to be read for their own value. Her engagement with nature is both therapeutic and links to the idea of ‘the sublime’—as found in Turner’s paintings and the writings of Burke and Kant from an earlier age.

Perhaps, though, it is the internal journey which is most powerful and demands our attention. As a woman of colour, she is acutely aware of being told that she does not belong here, despite being born and brought up in Manchester. Prince Charles, on meeting her, commented that she did not look as if she came from Manchester! Perhaps one should not be so surprised at this, but it sums up the deep-seated prejudice which permeates our society.

Not to be dissuaded by this, though, Sethi has deployed digital media to communicate and share her experiences. This is of great significance to the work of the Ethical Futures Group and brings together our concerns for both the digital and the environment. She records the original incident on her iPhone, which enables her to share and report it more effectively. She also recounts the funeral of a serviceman who died without family where the service was tweeted widely and enabled many to attend and pay their respects even though they had never known him.

So, Sethi’s work is very much ‘of the moment’ in that she uses digital media to bring important events and incidents to light to combat both racism and loneliness. This is an important insight into how the digital can be used to create those alternative public spaces that are so badly required in order to further the causes that Sethi herself espouses. ‘Yet the internet and social media can paradoxically both enhance connection and create a sense of isolation’ (p. 153). Therein lies the tension which characterises how the human interacts with and is itself shaped by the digital, just as the human interacts with and is shaped by the natural world.

The book is a powerful, disturbing, and yet hopeful read—and a journey that we each need to travel from different, but related, perspectives. 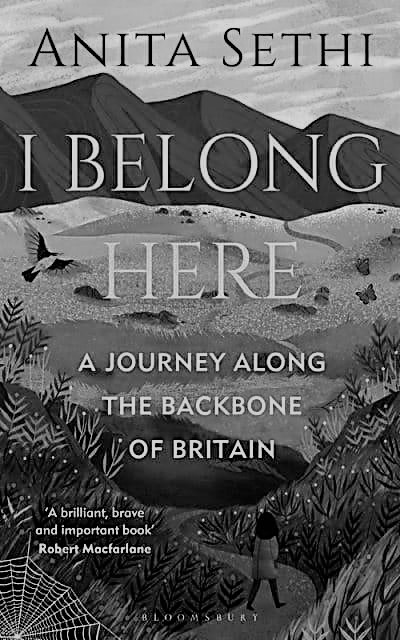