The ‘New Beveridge’: what role for faith in the latest revolution of social policy?

Matthew Barber-Rowell reflects on Hilary Cottam’s recent call for a revolution in social policy akin to the post-war welfare state, and proposes that faith-based organisations have an important role to play.

‘[A] fundamental rethink … a new Beveridge … [this is] a moment for revolution, not for patching and mending’.

These were the words of Hilary Cottam—social entrepreneur, author of Radical Help, and proponent of Welfare 5.0—on Newsnight on 5th March. When Cottam makes this kind of call, it is worth reflecting on.

I have followed Cottam’s work with interest in the last couple of years and I respect the revolutionary move that she is setting out in terms of how the state might relate to and support people and communities in the twenty-first century. Cottam’s approach is rooted in what matters to people. She focusses on the power of personal relationships and aims to ascertain how people in communities might live the good life. Cottam calls for a shift away from managerialism and ‘sticking people back together’, towards a mutual flourishing that is rooted in our own capabilities. Cottam’s revolution is seeking to overcome common critiques of what the welfare state has become, since its inception.

William Beveridge’s famous report in 1942 set out a plan for social policy in post-war Britain. The report set out a road to recovery that would continue on after the end of World War II and move away from Victorian era philanthropy. The revolutionary changes it offered addressed five giants of the time: want, ignorance, disease, squalor and idleness. The outcomes from the new welfare state were designed to change the way people live, for example, through wide ranging housing construction and development of more comprehensive programmes for health and education.  The impact on quality of life for all, was substantial.

Beveridge was also heavily influenced by his longstanding friend and colleague William Temple. Temple is a revered figure, and his influence on twentieth century life has been heralded as akin to Winston Churchill and Bertrand Russell (Dictionary of National Biography, 1995, p. 68). Temple’s so-called ‘consultative methodology’, set out in Christianity and Social Order (Temple, 1942), was rooted in public theological engagement, laid out in a way that people ‘get’, and delivered via a prophetic vision which influenced what we know today as the ‘welfare state’ (a term Temple coined).

So, on hearing Cottam’s call for a new Beveridge, I wonder where the tools akin to Temple’s consultative methodology might come from? Whilst I do welcome the voices of learned and senior clergy in public debate, I do not think they are the whole story this time around. We need other sources to cut through in the way that Temple did. Leadership looks different today, and to honour that we need a paradigm shift rooted in stories of hope from people in our communities, who, for a long time, have been overlooked.

Temple’s enduring influence came from his reimagination of the role of faith in society. He looked outside the limits of the church to produce his consultative methodology. Yet one of the triumphs of the Beveridge Report, according to Temple, was that it was offered a ‘Christian Ethic in an Act of Parliament’. Today, this seems a bit far-fetched. But it meant that the faith that people lived by and shared together could be understood to contribute to policy and practice in ways that served everyone.

But the public sphere has changed beyond recognition since Temple and Beveridge’s day. We are in the midst of ‘the single biggest change in the [faith and belief] landscape of Britain for centuries, even millennia’, say Charles Clarke and Linda Woodhead. This is most clearly expressed by the ‘rise of the nones’ (people of no religious affiliation), who are now a statistical majority in the UK—52% of the population according to British Social Attitudes research.

However, this does not mean that understanding different faiths and beliefs is no longer important. Far from it. Rather, a far more complex picture of the role of faith and belief in policy and practice emerges. Any new welfare settlement must be aware of the diverse sources of motivation for different participants.

This point has become especially clear during recent parliamentary debate about the response of faith-based organisations during the pandemic. As Eddie Hughes, Conservative MP for Walsall North, stated:

‘During the pandemic, churches, mosques, gurdwaras and temples have opened their doors wide to provide essential support for the most vulnerable people in their communities, and not just those of faith. This year we have seen with our own eyes how faith groups have an ability to mobilise resources that some other civil society actors simply do not. The APPG’s report “Keeping the Faith” rightly picked that up. It is fair to say that that has surprised some people.’

Whilst the Keeping the Faith data is only a snapshot, it highlights the unique contribution that faith-based organisations can make. A new ‘consultative methodology’ fit for the twenty-first century could mobilise these resources in a way that incorporates different faiths and none, such that policies and practices open up the potential offered by faith-based organisations for the good of all in society.

To include this would be to honour the roots of the original Beveridge Report and add strength to the arm of Cottam’s revolution today. 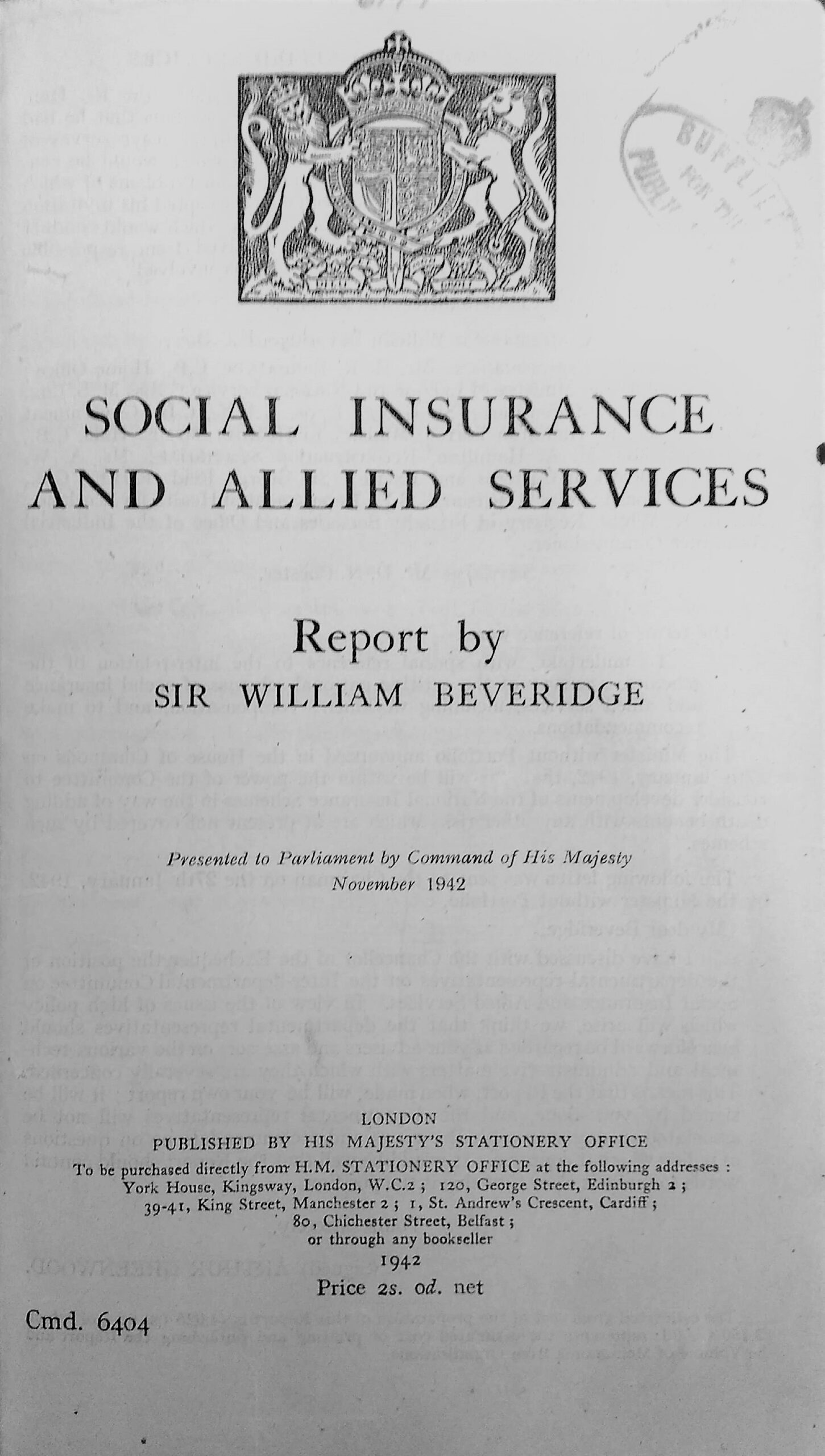 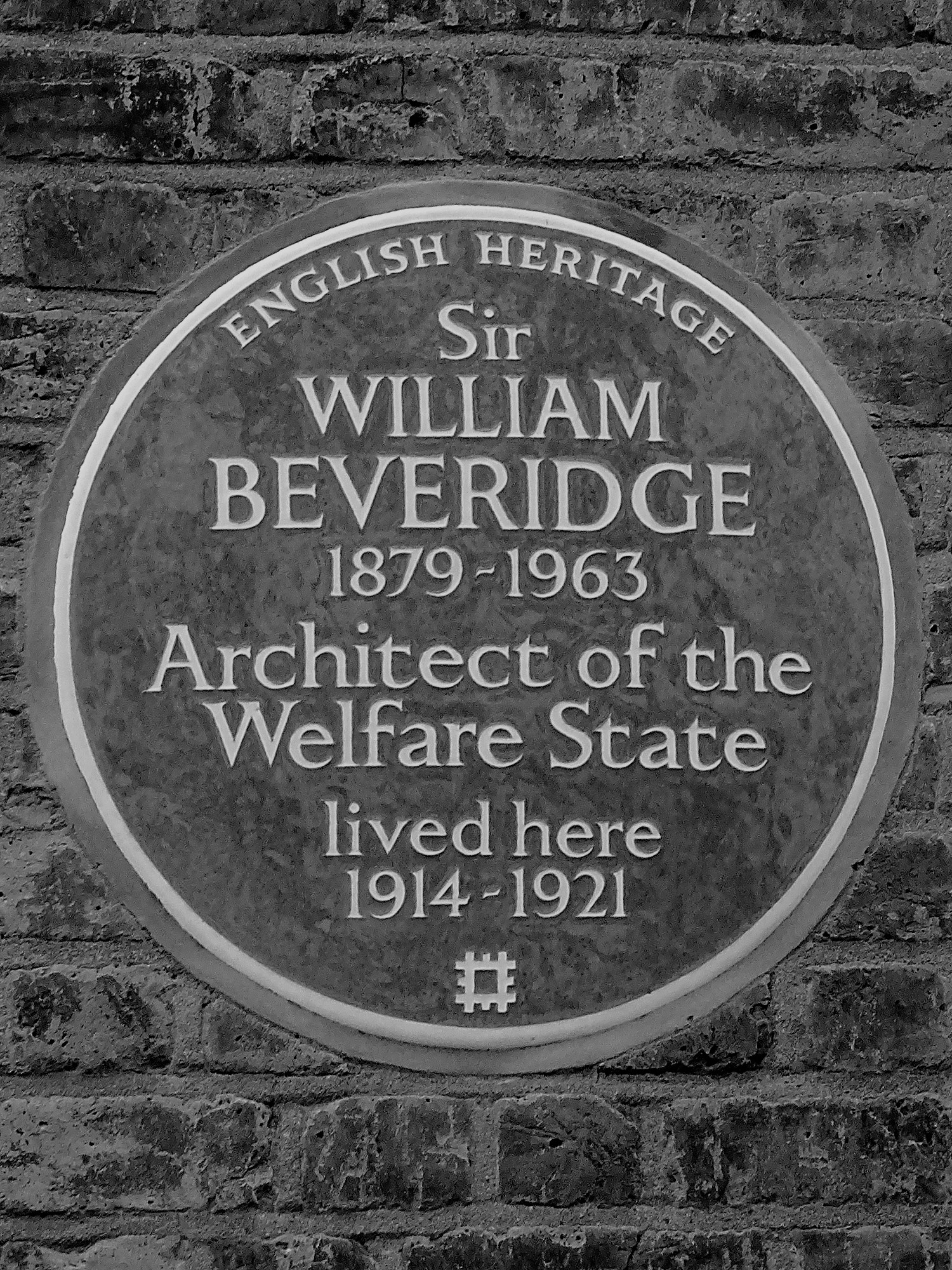