How Do We Respond to The Challenges of Immigration?

In an extended think-piece, Associate Research Fellow Greg Smith offers a personal, political and faith-based reflection on the challenges of migration for Britain.

Last week I attended a meeting of the multi-agency forum on Asylum Seekers in Preston. From late 2014 Preston has become a new dispersal area for people who have entered this country seeking asylum. The Home Office has contracted SERCO to acquire and manage the houses required for up to 200 such newcomers. In a positive example of progressive localism the two local councils, the health, police, fire and education services have come together with voluntary and faith groups to try to ease the newcomers’ integration into the community.

At the meeting I shared with those present that my very first role in urban mission back in 1975 involved organising and delivering English Language classes to East African Asian women. Most of who were refugees from Idi Amin’s Uganda or neighbouring countries who had been resettled in the London borough of Newham. Integrating asylum seekers is nothing new for Britain; Huguenots, Russian and German Jews, Congolese and Kurds have all made their homes in our major cities.

Over forty years the issue of immigration has been a recurrent theme in my life at the personal and professional level. An Ivorian student was my flatmate in the early 1980s. I accompanied him to the police station when he was beaten up in the street by a racist thug and to an immigration appeal tribunal, which he eventually lost. I was involved in a number of Sanctuary cases supported by Newham churches in the late 80’s and early 90s where we won appeals for permanent residence for individuals and families who otherwise would have been deported to a bleak future. Most recently as a family we have been offering intensive support to a former Muslim who comes from a country that persecutes apostates. To our relief they have now been given full refugee status and the right to live and work in the UK; a decision that goes some way to restore my confidence that there is a measure of compassion and justice in the UK immigration and asylum system.

The official narrative today is that our country prides itself on tolerance and the welcoming of strangers; so much indeed that tolerance is to be taught and demanded as an essential British Value, along with democracy and the rule of law. Nonetheless my overwhelming impression is that most native English people still distrust foreigners and do not really want to welcome strangers to our shores, though of course there is a hierarchy of acceptability with rich, well educated white North Americans at the top and poor, uneducated, black, and Muslims near the bottom. .

Much of the rhetoric of the recent election campaign focussed on immigration, and was reflected by the high salience of the issue in the electorate at large Polling suggested over 20% of the electorate thought it was the most important single issue with the economy (14%) and the NHS (7%) trailing well behind. (Interestingly in a poll of Evangelical Christians poverty and inequality was the top single issue (for 32%) with immigration only scoring 6%.) Clearly this concern goes some way to explaining the strength of UKIP’s support in the popular vote on May 7th. More significantly the issue provoked a bidding war in which the major parties sought to “out-tough” each other. It seems possible to me that the Labour Party’s ill judged tea mug lost them more votes leftwards, than it saved from their traditional core vote of the white working class.

Some of the political concern about migration has a basis in reality. Clearly the arrival of large numbers of migrants does impose temporary strains on many local communities, on labour and housing markets and on the demand for services such as health and education. In many traditional settled communities rapid social and demographic change produces grief for the loss of a familiar and known world order, especially among older well established residents. But below the surface there are often more dangerous forces of racism and xenophobia, fears of the unknown outsider and a backlash that can so easily and so quickly turn to hatred and violence. Even in “tolerant” multi-cultural Britain we have a history which includes pogroms against the Jews in the middle ages, attacks on the Irish, in Victorian Liverpool and again after Provisional IRA bombings in the 1970s, the Germans of London in 1915 and the West Indians of Notting Hill in the 1950s.

The economic case for migration is often, if rather half heartedly, advanced. New migrants on the whole are skilled, hard working and young, so disproportionately pay their taxes and incur lower costs than average in terms of health services, social care, pensions and other welfare benefits. The figures show that the UK sees large net benefit in terms of EU migration. Nonetheless the myths about benefits tourism prevail and prejudice is thereby stoked up. In reality the economic justification is that the free movement of labour neatly complements the free movement of capital in the neo-liberal global economy. Where labour costs in the developed countries are high, and there remain some industries where production cannot easily be outsourced offshore. These are found especially in to industries in fixed locations and to personal services which require bodily proximity to affluent consumers. In such cases cheaper labour is more easily recruited from poorer countries. Thus the flow of immigration typically brings numerous workers in construction, food growing, catering, hospitality, cleaning, domestic service, health and social care and to personal service businesses such as hairdressers, beauty salons, massage parlours and brothels. Because the legal employment status of so many migrants is questionable and their economic circumstances so desperate, they easily become vulnerable to exploitation, even trafficking and slavery. Neither the indigenous workforce nor the migrants themselves benefit much from this economic system of multilevel exploitation. However, the resilience, hard work and determination of many immigrants may eventually lead to their family’s prosperity over the longer term.

Faced with the prejudices and concerns of indigenous electorates, successive UK governments have tightened and talked up tough policies of immigration control – conveniently diverting attention from other problems. Yet frankly we all know the bureaucratic system is chaotic and dysfunctional, that borders will always be porous and that governments will always struggle to manage undocumented migrant labour that is “under the radar”. Administrative decision making is constantly delayed, seemingly arbitrary, too often unjust, often overturned on appeal and barely enforceable.

On top of the economic issues around migration there remains a moral and  humanitarian case for welcoming the asylum seeker as the “stranger in distress”. The trigger for flight from the home country may be war, in many cases set off by the military adventurism of Western powers as in Afghanistan, Iraq, Libya or Syria. Or it may be that refugees are fleeing religious or ethnic persecution, in many cases from governments with whom the West continues to do business. Recently we have seen how many of these factors have combined into a perfect storm, resulting in the tragic deaths of hundreds who have been shipwrecked somewhere between North Africa and Europe, and between Asia and Australia. Worse still has been some of the shameful responses to the rescue missions put in place by European navies. Surely the duty to save human lives must over-ride any consideration about immigration policies.

British Christians, especially those living in settled mono-cultural parishes resembling that in The Vicar of Dibley may be profoundly disturbed by what they see of global migration flows. However, we do well to remember that from the biblical record the movement of peoples across the globe is not the exception but the norm. From the nomadic lifestyle of the patriarchs, the story of  Father Abraham who set out from Ur and again from Haran to seek the land of Canaan, we move on to read of a great people movement down into Egypt as economic migrants, then many generations later back out as refugees. In this context the Torah commands God’s people “to love those who are foreigners, for you yourselves were foreigners in Egypt.” (Deuteronomy 10:19). Scarcely had they settled again when conquest was followed by exile in Babylon and diaspora across the Hellenistic world. Jesus himself as a child refugee and as an adult with nowhere to lay his head, recapitulated this history, while the early church used scattering and diaspora as the main plank in their mission strategy. Thus Peter writes “to God’s elect, exiles scattered throughout the provinces of Pontus, Galatia, Cappadocia, Asia and Bithynia” (1 Peter 1:1), and Paul journeys through the diaspora urban communities and churches all the way to Rome.

Among Christians in Britain today there are at least seeds of a counter narrative to the commonplace cultural hostility to migrants and refugees. There are also some excellent compassionate and social justice projects such as the Boaz Trust  and the Cities of Sanctuary Movement where a culture of hospitality is being built. But also in many urban areas newcomers are being recognized as a gift to the church as new congregations, new cultures of worship and new gifts of the spirit are blending into the ecology of the urban church. In religion as in culture generally, immigration is not simply a product of economic forces, but a welcome driver of change, innovation and renewal.

Indeed migration matters, but perhaps not in the way that politicians think. 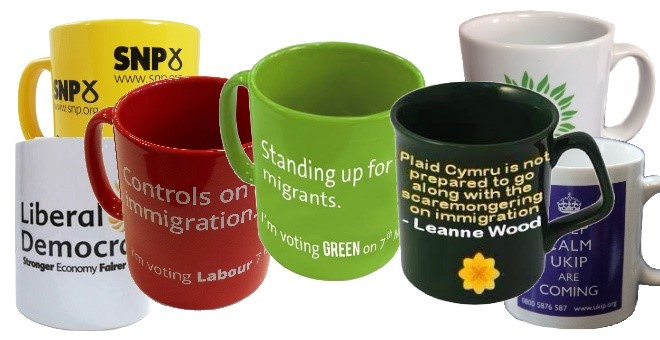