The William Temple Foundation is delighted to announce the launch of a new series of Temple Tracts entitled Urban Tracts.

As Greg Smith, editor of the new series, comments:

“It is now 40 years since the summer of 1981 when Britain’s inner cities were shaken by street disturbances which brought the neighbourhoods of Brixton, Toxteth and Handsworth to public attention. Government responded with public enquiries led by Lord Scarman, and the Church of England by the Faith in the City report. Four decades later, how much has changed? Has urban ministry and all the mission project work that flowed from this time made any significant impact? Was the idea of Urban Priority Areas ever able to make such neighbourhoods a true priority in the life of the church and wider society, or are they once more neglected and forgotten? What, if anything has been learned?”

To mark the anniversary, the William Temple Foundation is commissioning and publishing this new series on urban mission and ministry. Our aim is to produce three or four tracts each year in the lead up to the 40-year anniversary of Faith in the City in December 2025. The tracts are aimed at practitioners and church leaders, offering reflection and experience from authors who have been involved in urban mission and ministry. We aim to highlight resources and lessons that are relevant for contemporary Christians in urban areas and renew the challenge to the churches.

Today, we launch the first tract by series editor and Associate Research Fellow, Greg Smith. This tract offers an overview of urban ministry since the early 1980s and draws out some important lessons from the last 40 years.

Director of Research at the Foundation, Professor Chris Baker says:

“We are thrilled to be able to publish this inaugural e-book in our Urban Tracts series, which so vividly captures the early days of the church’s response to urban deprivation, and its somewhat mixed legacy since then. We are really looking forward to providing a platform for theological and missional exploration from both new and experienced voices from the scene—and we hope that this provides an invaluable resource for future thinking in urban theology.”

All of our Urban Tracts and other e-books are free to download here. 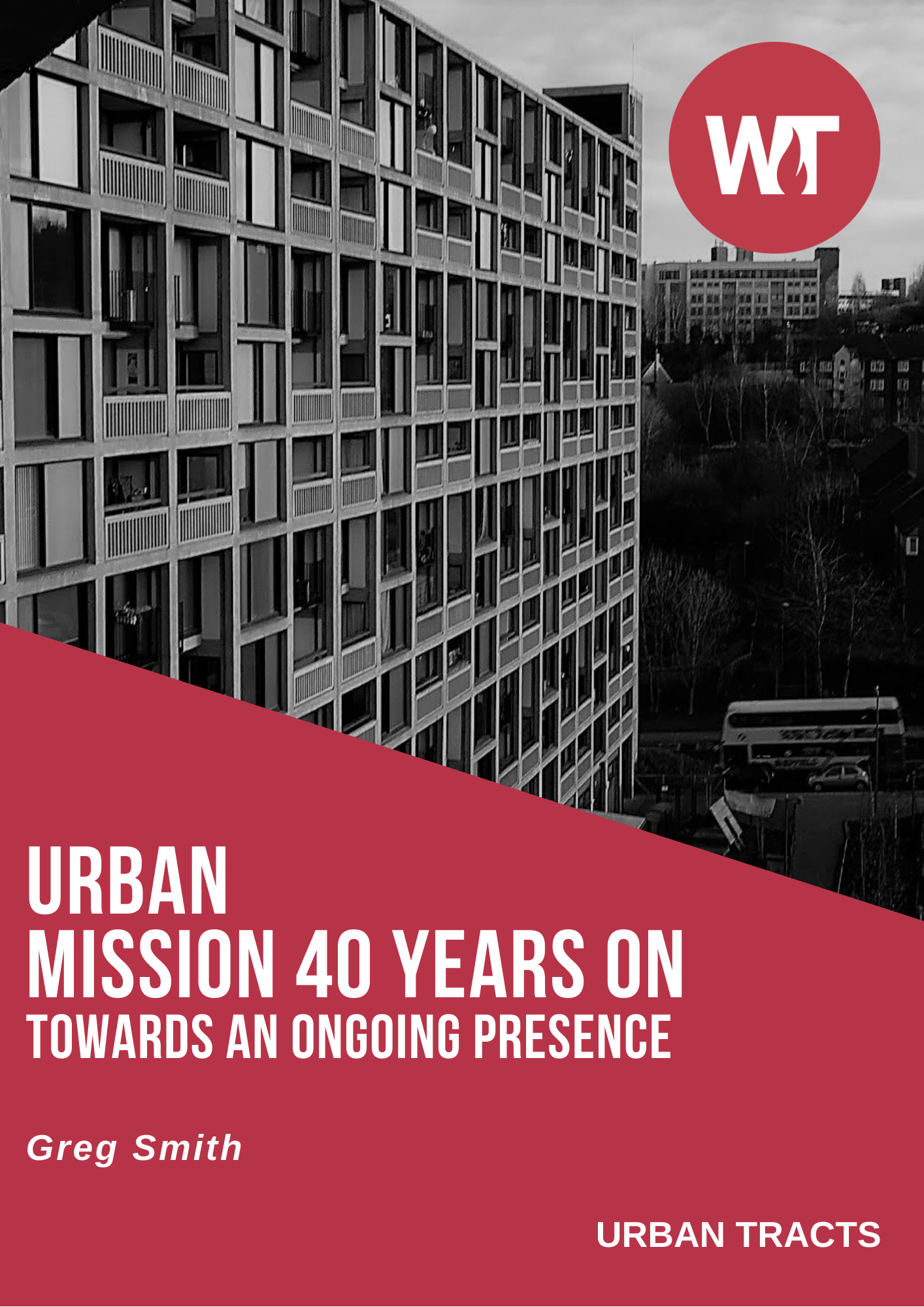