The William Temple Foundation is part of a major new research network titled Re-imagining Religion and Belief for Public Policy and Practice. The AHRC funded interdisciplinary project will be managed by the William Temple Foundation’s Director of Research Dr Chris Baker, together with Prof Adam Dinham, Director of the Faiths and Civil Society Unit at Goldsmith’s, University of London.

Re-imagining Religion and Belief for Public Policy and Practice will act as an important discussion and networking hub, bringing together a diverse range of key thinkers from around the globe to analysis the role and impact of religion and belief on public life and policy.

A series of interviews with global experts will be followed by an intensive three day colloquium to be held in May 2015. A series of presentations at centres of research into religion, belief and public policy including Melbourne, Ottawa, Boston and Helsinki will further develop and share the research. The project aims to generate new theories and cutting-edge research which will be shared with UK government, civil servants, local authorities, academia, think-tanks, and beyond.

Chris Baker said, ‘I’m very excited to be leading this major new network, together with Adam Dinham. Some of the world’s most cutting-edge thinkers will be consulted during the project.  The network therefore, offers a unique and innovative new approach towards understanding the connections and interplay between religion and public policy, and the results of the project could have major impacts for both policy and practice.’

Re-imagining Religion and Belief for Public Policy and Practice will be officially launched in September 2014. 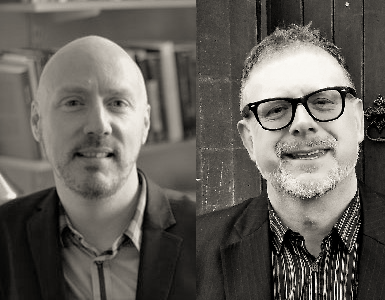