Takyiwa Danso is an activist and youth delegate to the UN general assembly.

I currently work for a humanitarian and development charity, managing projects across Africa. I also work voluntarily as a youth activist, advocating for be greater youth involvement on international development issues, particularly gender equality.

I was pleased to accept the invitation to participate in the Malvern consultation because I believe that to have conversations on British life today, it is imperative that the contributors are reflective of the people that live in the UK. As a young female person of colour from London, I believe I would bring a different perspective of how my generation sees themselves in today’s world.

I am looking forward to meeting new people to hear our very different (or similar) experiences of living in the UK, and to share our thoughts on how we think the country could move forward in a positive way.

The UK is generally a very inclusive and well-integrated country, as the country’s history has resulted in multiculturalism and diversity particularly in urban areas. Although racism is still present, compared to other Western societies, the UK is very tolerant and inviting to other people, and this has helped create a richer more colourful culture to grow up in.

Despite the above, the recent rise in Islamophobia over the last few decades, and the inability for people to distinguish the religion from the acts of extreme terrorism is a step backwards in the country’s progression towards equality. Although the UK is diverse, there is a growing poor and lazy understanding of Islam as a peaceful religion, and the political tensions have led to an increase in discrimination against Muslims (and consequently other people of faith), and the marginalisation of these communities.

I believe this nation was built on a set of values similar to those of not only the Christian faith, but other faiths/non-faiths too, such as freedom and mutual respect for others not like yourself. These are values for building a better humanity therefore I believe there is little benefit in excluding faith and belief from the conversation as they are ways of life ingrained in our behaviours.

You can follow Takyiwa on Twitter here, and find more information about Malvern 2017: Faith, Belief and Nation-building by following this link. 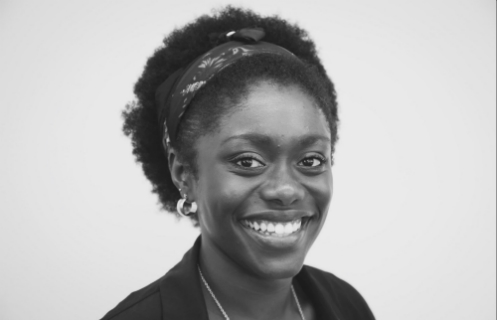