Simon joined the William Temple Foundation earlier this year, and is an Honorary Research Fellow at Keele University. Prior to this, he worked as Communications Manager for the Westminster Faith Debates, based at Lancaster University.

His book is based on AHRC-funded research carried out whilst at Lancaster, where he completed his PhD in 2015. The book suggests a reappraisal of the debates around the use of reproductive technologies that allow prospective parents new choices about the kinds of children they have. It responds, in part, to concerns such as those of Sally Phillips, whose BBC documentary A World Without Down’s Syndrome? recently won the TV and Radio Times Readers’ Award at the Sandford St Martin Trust awards for radio, TV and online programmes that reflect religious, spiritual or ethical themes.

Exploring themes of responsibility, gift and natality, Simon’s book refigures the experience of reproduction as the site of an ethical response to future generations, where refusal to choose one’s children can be thought of as one virtuous response. The book is part of the Palgrave Studies in Ethics and Public Policy series.

“This is an exciting, perceptive and theoretically sophisticated contribution to vital conversations across the academic disciplines. Reader extends the horizons of bioethics to engage issues of gender, gift and responsibility in relation to future generations. The book should be read and discussed widely.”
Rachel Muers, Senior Lecturer in Christian Studies, Leeds University.

“This is a timely and challenging book. At a point in our biotechnological development when ‘choosing children’ is becoming technically feasible, it is vital to examine critically some of our most dearly held assumptions about normativity, choice and control. Simon Reader’s book extends the standard bioethical discussion of reproductive decision making beyond the realm of personal preferences to incorporate social, philosophical, historical and gendered perspectives that will enrich these collective deliberations.”
Jackie Leach Scully, Professor of Social Ethics and Bioethics, Newcastle University.

You can pre-order the new publication here. 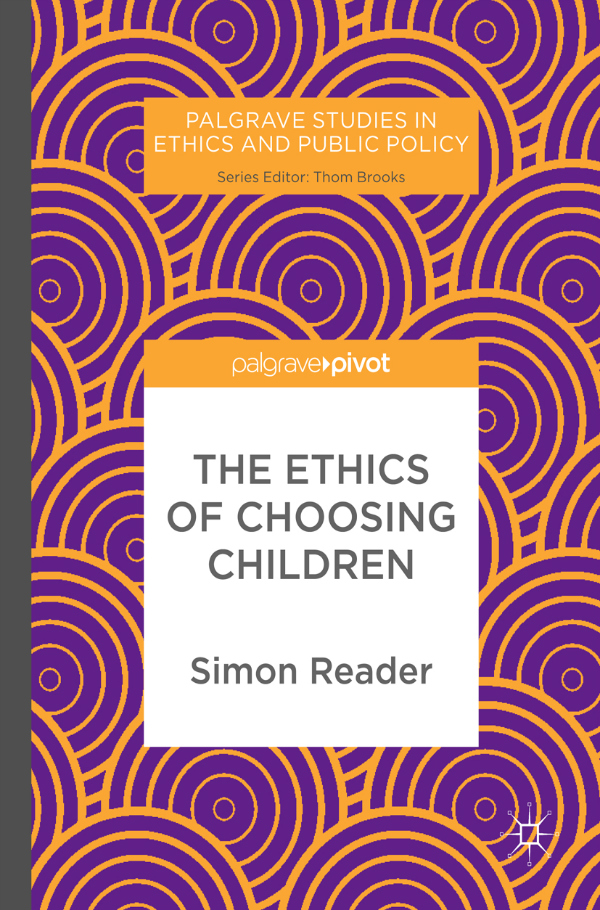