Reciprocity, Risk and Reimagination: Theology and Social Enterprise in the NE

William Temple Scholar Valerie Barron reports back from her recent event on theology and social enterprise in the northeast of England.

Two weeks ago, I held my first event as a William Temple Scholar. The seminar Reimagining Church in Action; Putting Social Enterprise into the Picture, was attended by ecumenical colleagues from a variety of church background across the region. Afterwards, I breathed a sigh of relief. Yes, social enterprise is something that colleagues, church leaders and project workers are also thinking about in the North East.

John Barclay, Lightfoot Professor of Divinity at Durham University, kicked off the day by arguing that the ‘charity model’ of top-down, one-way, sacrificial giving is not reflected in the New Testament where the ‘reciprocity model’ of horizontal, two-way, communal giving and receiving dominates society.  In the round table discussions that followed it was recognised that, ‘a system where charities are reliant on grant funding provided by philanthropists means that they are constantly chasing funding… persuading people to sponsor becomes a major part of the job’.

Kate Welch from Social Enterprise Acumen in Sunderland then set out how, for those passionate about social justice, a change of mindset was central to a different approach. This change begins by moving away from a sole reliance upon the charity model and towards income generation. In later discussions this was a concern for some as, ‘there is resistance in church circles to business models and business language’. Our challenge is how to frame the conversations in a way that is not a barrier to congregations, who often see a business model as unethical.

Chris Baker, Director of Research for the William Temple Foundation, challenged us to consider whether social enterprise critically utilises market logic for the achievement of social or environmental goals, rather than simply adding social objectives to current business practice. Finally, Ven. Peter Robinson, Archdeacon of Lindisfarne, talked about the theme of failure and the need for us to make ourselves vulnerable. He suggested that we must take risks, and that going forward we must see failure as part of how we do social enterprise.

It was also interesting to explore why people had attended the event. A Third Sector Research Centre Report cites a number of explanations for the recent emergence of social enterprise, two of which were particularly relevant to our event. Firstly, social enterprise is a response to the failure of the state (and/or market) to provide for citizens. This was reflected in the wonderful lunch, provided for us by Re-f-use. They are a local Christian social enterprise that uses food waste to run a café, whilst also providing meals on a ‘pay as you feel’ basis to support those impacted by food insecurity. The failure of the market to balance food need, and the failure of the state to provide support, has resulted in growing food insecurity

A second reason given for the emergence of social enterprise was the increased reliance on earned income to counter cut-backs in state financial support and philanthropic giving. Many of those attending the seminar were already part of well-established community projects that had been dependent upon grant funding but were now needing to diversify to enable their social action. For example, Rev. Nicholas Buxton’s passion for meditation, and engagement with people in recovery from addictions, led him to start the Newcastle Meditation Centre providing drop-in classes, courses, workshops and training. Meanwhile, the Trinity Centre in North Ormesby, despite being in a low-income parish, has developed a conference facility to generate income that supports their extensive involvement in the local community.

Over ten years ago Adam Dinham’s research, which included data from the North East, explored the role for faith based social enterprises. Dinham concluded that, while faith groups had much to offer social enterprise, there was also a sense of fear and unawareness. Whilst there was a degree of trepidation after our event, we also received feedback that people were excited and keen to learn more. So, the following week, a small group spent time considering how we could shape support and training in a way that is relevant to our context here in the North East. How can we support clergy, congregations and individuals to step out in faith and try something (that may fail), but has the potential to shape our ministry?

We chose to hold the initial event in St Edmund’s Chapel in Gateshead’s High Street because its history, like many, is one of change. From a hospital chapel to a nunnery, a builders’ merchants and an arts space, those that worship there have reimagined their ministry many times. Much like them, we do not have all the answers, but I believe the journey together is going to be exciting.

The Anthropocene: Disrupting all our Stories
Matthew Stemp 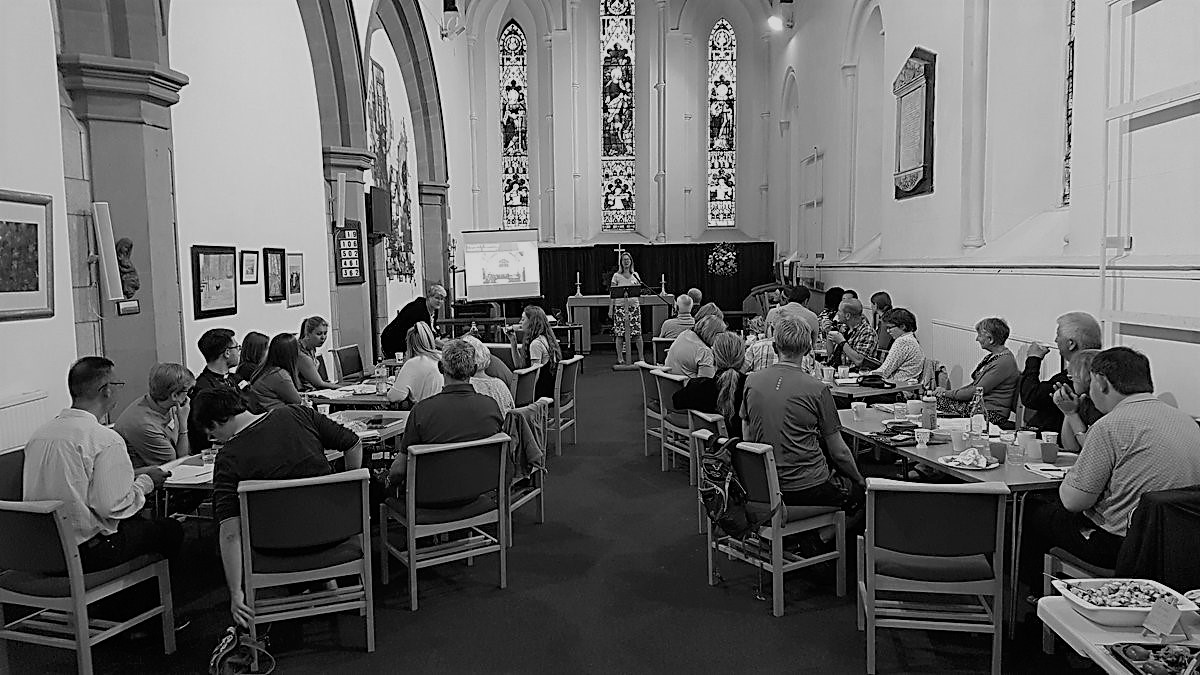