The resignation of Tim Farron and his explanation of his reasons raise some profound questions about the place of faith in public life in 21st Century Britain, argues Greg Smith

Personally I’m sad but totally  perplexed by this decision. Possibly Tim Farron was under pressure in the party and his political position is unsustainable as leader. Since the election, with Vince Cable and Jo Swinson back in the Commons there are viable alternative party leaders who may be jockeying for position. Lord Paddick was clearly unhappy about some aspects of the leadership and has resigned his post. In contrast Jennie Rigg, who is chair of the LibDem LBGT group, wrote a very supportive blog last April. If the resignation is the result of political shenanigans, and the narrative  about religion merely a cover story as some may suspect, then neither Tim Farron nor the Liberal Democrats as a party would deserve a single vote in any future elections. But let us give the retiring leader the benefit of any doubt and credit him with being a man of Christian integrity.

Nonetheless the message within this resignation seems to suggest one of two things. Either Tim Farron  is too weak and personally wounded  at this time to lead any political party. Or that he has never adequately thought through the tensions between his political beliefs and a faith-based ethics in a way that allows him to articulate them robustly, honestly and wisely in the public sphere. I am convinced that Christians active in politics ought to appear more broad shouldered than this. Drawing on deep theological reflection, the spiritual strength of prayer, the pastoral care of their church and the Holy Spirit’s ability to make them as “wise as serpents and innocent as doves” they surely need not surrender their influence over a single issue of tender conscience.

There is, of course, the irony and contradiction of liberal illiberalism. 500 years on from Luther’s 95 Theses it should be evident enough that the Protestant ethos played a significant part in establishing principles of  freedom of conscience, freedom of religion and freedom of speech that have been enshrined in internationally recognised principles of human rights. Liberal democracies rightly declare that toleration of different beliefs, cultures and lifestyles are among their core values. Yet some of the dominant establishment voices in these societies, in the media and in politics, find the toleration of certain conservative views problematic, and seek to offer “no platform” to those who express them. Unfortunately, Tim Farron, seems to have fallen victim here, despite a voting record as an MP that shows little evidence of illiberal attitudes, and being someone who can hardly be accused of oppressing any minority group.  Indeed in the election campaign according to the BBC he “was asked repeatedly in media interviews to clarify his views on gay sex but did not, to begin with, answer directly.  He (eventually)  insisted that he did not believe it was a sin and believed political leaders should not “pontificate on theological matters”

Unfortunately this perspective gives license to conservative Christians to play the persecution narrative. For a long time now they have perceived themselves as an embattled rearguard against the march of the locust armies (imagery from the prophet Joel) of secularism. Former privileges of the Christendom regime are being challenged,  but to call this persecution is inappropriate nonsense when set alongside the trials of Christian communities in North Korea, Iraq or Pakistan, or the harassment and hate crimes regularly reported by both Muslims and Jews in the UK, and on their mosques and synagogues. The large majority of disputes and court cases involving Christians turn not on the religious identity, creeds and practices of  religion but on the tension in equalities law between the rights of groups defined by sexuality and those pertaining to religion. In reality if Christians did not insist on taking a traditional stance on marriage and human sexuality almost all the contentious issues would disappear. The wider church is riven by these issues and, for some, their literal reading of the Bible in this area is not merely an issue of conscience or personal ethics for the believer, but a gospel-defining issue, marking the boundary between the saved and the unsaved. Out of such convictions and certainty comes the arrogant sound of condemnation and provocation, which  hinders a meaningful engagement with contemporary politics and culture and is poor apologetics. It is scarcely Good News, capable of being heard as a welcoming and loving invitation to follow Jesus.

In at least two ways the church has only itself  to blame. Since the Confessions of Augustine of Hippo written between AD 397 and 400 the theology of sin has been framed in terms of its opposite, sexual chastity. Both Catholic and Evangelical guilt complexes are deeply anchored in the struggles around the first of the seven deadly sins – lust, even before Freud developed some linguistic and conceptual tools to talk more explicitly about it. If only the church could reclaim a wider narrative and theology of sin, not only the other six deadly ones in the list, but the sins against which the Hebrew prophets and Jesus raged. Christian politicians would be better equipped to denounce as evil before God policies and actions that cause the oppression of the poor,  the exclusion of asylum seekers, the benefit sanctions that make people destitute and drive them to the charity of food banks, the sale of arms to monstrous regimes and the trumped up self-serving egos of leaders who crave attention, status and wealth above the common good. If we could name in the public sphere these things as the mortal sins of our age then we might encounter more opposition, and even real persecution by the empires of this world. Yet we would be less likely to be trapped with the weak and wobbly response that ended the leadership of Tim Farron.

Secondly, since the time of Constantine the Christendom model of the church working in alliance with the state has produced some false assumptions about the relationship of faith with power. Too often we have mashed together the distinct spheres of personal belief and the practice of virtue, the declaration of public truth about good and evil and the universal Gospel as recorded in Scripture and interpreted in the historic creeds, and the coercive power of the law and the state to bring behaviour and ritual into conformity with certain norms. Of course there are overlaps and influences between these areas of life, and Temple’s concept of middle axioms still has some power to bring a degree of Christian realism into the world of politics and social life. Even though we should seek to serve and emulate a powerless, slave-servant messiah, faithful believing politicians and other actors in the public sphere might be better equipped to understand and deal with the tensions involved in power and leadership than Tim Farron evidently was.

Making Compassion and Solidarity Routine rather than the Exception
Chris Baker

So Who Holds the Trump Card in this Election?
John Reader 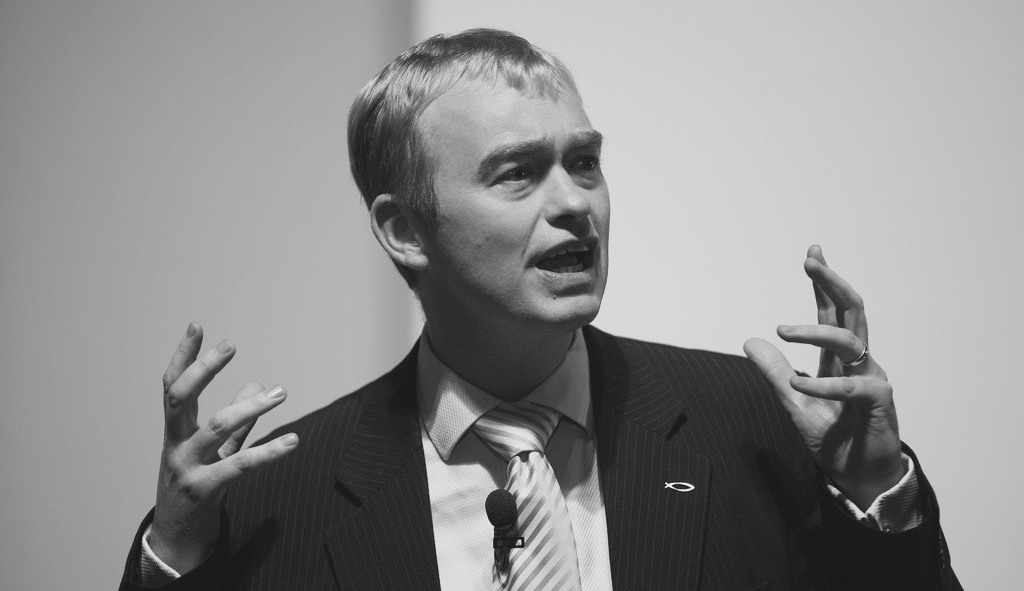