What Does My Community Ask of Me?

In the first of a new blog series written by members of the Faith & Flourishing Neighbourhoods Network, Will Jones reflects on difference, unity and the future of community.

“I thought fame and fortune would make me valuable. I found out that it is empty. I am going to spend the rest of my life belonging to community, embracing community and helping in whatever way I can.”

So said comedian, activist and (until Ed Miliband caught up with him anyway) would-be revolutionary Russell Brand at the anti-austerity protests in London last month.

There it is: community. The panacea to the emptiness of modern celebrity. But can it deliver all that Brand and others want from it? Can it fill the emptiness left by modern individualistic, consumerist living?

That is certainly the hope of many. If it can, it will only be because people up and down the land have been willing, not only to pay lip service to community, but to bear the costs of community – those numerous impositions large and small which alone make cooperative endeavour and shared living possible.

Perhaps the biggest challenge for us in modern-day Britain is finding a way of doing this that is fully compatible with our cherished liberties and equalities. For it is an unavoidable feature of all communities, large or small, that they divide society into two groups, members and non-members, and treat one group differently from the other. This differential treatment, so necessary for the practice of community and its flourishing, can quickly become problematic in a society used to treating everyone equally whenever possible. It offends against our basic sense of equality and fairness.

Meanwhile, the social boundaries that community inevitably creates run up against our sense of freedom. For from our love of freedom we gain a reflexive dislike of any boundaries and barriers which prevent unimpeded movement between places and communities. Open and accessible to all, without whiff of elitism or exclusivism, is very much the tenor of the times. Yet isn’t it also clear that very often the most effective communities, in terms of providing members with a full and satisfying common life, are those which ask for as much as they give, and thus which erect, by consequence if not by design, significant entry barriers, placing on members expectations of conduct and contribution which have the effect of distinguishing them sharply from outsiders?

Such barriers are always an affront to us on one level, as free and equal citizens, but are particularly so when they are based on considerations over which the individual is deemed to have little or no control, such as ethnicity, gender, wealth, status, religion, place of origin or, to a lesser extent, place of current residence. This only makes it the more jarring, then, to have to acknowledge that such characteristics are frequently the occasion for the most enduring and satisfying forms of community, binding individuals together through deep ties of likeness, loyalty and kinship.

A key question for us, therefore, as people who value both freedom and community, is how far our liberal values can support communities like this, and how much they conflict with them, and what if anything is to be done about it?

Of particular interest here for Christians and other people of faith is the situation of churches and religious communities. For Christians know well how the exclusivity of religious communities is often used as a reason by government and other bodies not to support religious-based activities, especially not those which involve seeking to attract new members (so-called “proselytising”). And this despite religion being, still, in theory, recognised as an integral element of the public good. Clearly, these issues are not just intellectual curiosities, but intensely topical and practical.

So the long and short of it is that advanced liberal society faces a big dilemma when it comes to community. Sentiments like those of Brand, often echoed, remind us that in our frequently shallow and atomistic culture a deep and satisfying community life remains a widespread aspiration. But how far can such community be achieved within the constraints of the freedom and equality we hold dear? How far can modern liberty permit the persistence of social barriers, or modern equality the presence of differential treatment, and how successful can community be within those parameters? These are questions to which we all need answers – and when we get them, let us hope we like what we find.

Will Jones has a PhD in political philosophy and a passion for seeing good ideas developed and put into practice. He works for the Church of England in diocesan administration, and lives in Birmingham with his wife Becky. 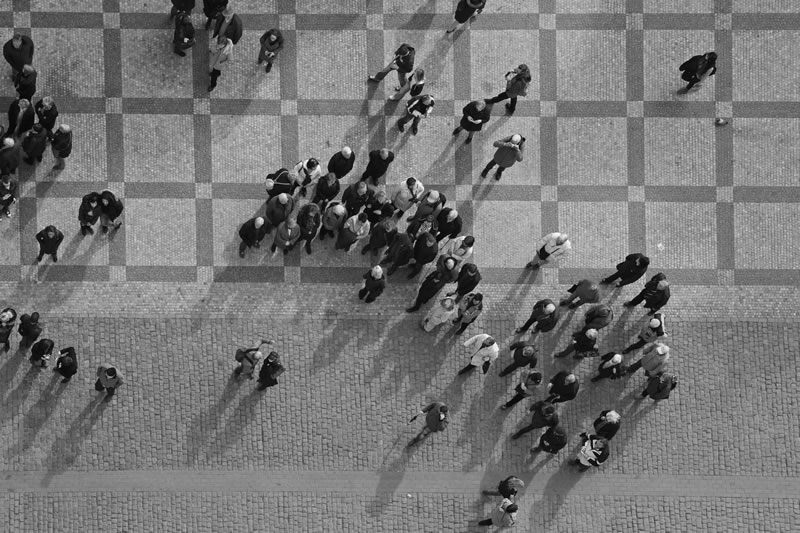