A Reflection on ‘Anglican Social Theology’

William Temple’s little classic, Christianity and Social Order, was written in understandable haste in 1941 in the darkest days of the Second World War.  It was published as a Penguin Special in 1942, retailing at 6d (two and a half pence in today’s coinage).  I have a rather battered one.  It’s very slender (92pp), printed on cheap wartime paper, and advertises Grey’s cigarettes, Jif shaving cream and ‘Chappie’ dog food.  It could be easily shoved in your pocket on the way to the front, as ‘Books for the Forces’, with instructions to ‘Leave this book at a Post Office when you have read it, so that men and women in the Services may enjoy it too’.  It rapidly became a bestseller with initial sales quickly reaching 150,000 because it provided the religious and ethical foundations for that radical reconstruction of Britain which Beveridge and Temple amazingly envisioned in those early dark years of war when invasion and German occupation seemed more than likely.

The nearest reasonably contemporary equivalent to Temple’s classic was, I suppose, the Church of England’s report, Faith in the City (1985, pp398, £7.50).  It certainly confirmed the public importance of deprived inner cities for contemporary experiences and politics.  But its appeal and influence was principally to and on the Church of England, leading to its late-in-the-day creation of the Church Urban Fund which has resourced many church and other bodies’ projects in often difficult urban situations.

Anglican Social Theology: Renewing the Vision Today costs £19.99 for 226 pages, and was commissioned by a group of Bishops from urban dioceses hopefully to give greater theological depth to church life in its interactions with wider society.  Can it have similar wider impact on society?  I’m afraid I’m not sure, as I shall explain.

There is much of merit in Anglican Social Theology. The book contains three important reflections on contemporary Christian theological engagements with society, sometimes set in useful (including in a rich source of footnotes) historical contexts particularly from the nineteenth century.  John Hughes of Cambridge University (sadly now deceased) sketches a recent record of some of the social implications of the Church of England’s theology (it’s not Anglican, it’s Church of England), focusing particularly on what is described as post-liberal and therefore post-Temple developments, especially as seen in the important works of the American Stanley Hauerwas and the British John Milbank.  These essentially argued for a distinct and distinctive Christian theology (successor to the Christendom Group of the 1930s-50s and its similarly reasonably unproductive pursuit of a distinctively Christian sociology, politics and economics) which necessarily stands apart from and indeed against those secular disciplines and reasoning which have so often shaped the contemporary world for the better (an odd social theology?).  Such a separation then finds the alternative centred on the Church as the only ark of salvation in the midst of what are seen as the new dark ages.  It’s a theology which has captured many younger theologians and Bishops, not least because it offers a way out of and against the complex world of daily life and secular disciplines, seeking refuge in what may well be a highly optimistic, romantic and unrealistic view of the Church of England today.  Hughes then moves on to Rowan Williams (and, to some extent, Malcolm Brown, editor of the book) as somehow holding together this post-liberal theology and the Church of England’s Temple-tradition of incarnational theology (it feels like the attempted and rather forced reconciling of what is maybe irreconcilable).

Chaplin’s account of evangelicalism’s history and contemporary developments is important given its prominent place in the global resurgence of Christianity, and it’s increasing significance in the Church of England (in the sense that in the latter it occupies a greater proportion of a rapidly diminishing pie).  Its connection with Hughes’ post-liberal theologies is that both share a deep rejection of the Enlightenment and its associated liberal values and histories for philosophical or scriptural reasons.  That potential almost unholy alliance is reinforced by the third contribution, by the Roman Catholic Anna Rowlands, which explores Catholic Social Teaching (in some ways, flavour of the month for people who don’t really know it, not least because they simplify it out of empirical existence).  This is perhaps the most reflective piece – particularly on ‘Anglican’ and Catholic approaches to the state, again with some focus on Rowan William’s work….(continues).

Challenging Religious Studies: The Wealth, Wellbeing and Inequalities of Nations (SCM) by John Atherton will be published later this year and will develop some of the arguments in this article. 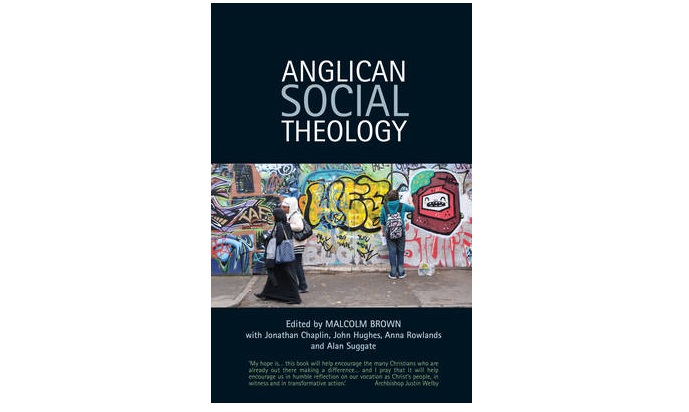