William Temple Scholar Val Barron offers a frank report on those who are going hungry as a result of the current crisis, and introduces some of the work that is being done in response.

The day before coronavirus lockdown was announced, I was working in a community supermarket in a small town in County Durham. As well as generating income through the shop and take-away, there are several community shelves aimed at customers who are experiencing food poverty. Schools in the town—like the rest of the country—were shut, and the shelves were full of brown paper bags containing the packed lunches for the 211 children who were entitled to free school meals that day. One mum came in to pick up five packed lunches and we began to chat about the current situation. She shared her concerns about the next few weeks, not only having to homeschool five children on her own, but also finding the money for food; she was already struggling. This was day one. Our context has changed immeasurably since that day, almost four weeks ago, and my challenge as a community development worker is to navigate how to respond; and quickly.

Over the last three weeks I have been engaged in two responses, one charitable, the other community organising; both are equally important in these tumultuous times.

The primary charitable response has been food aid. Informal local networks and charities have stepped up to bridge the gap between public services and community need. Local foodbanks have started to deliver food parcels and churches—unable to hold their drop-ins, lunch clubs, and toddler groups—have shifted focus to distributing food aid. Local social enterprises have shifted their focus from income generation to social impact and have also provided food.

While this work is to be applauded, much of it is not sustainable. Despite the announcement of £100 million in loans, reductions in food donations and the exhaustion of volunteers and staff are both taking their toll. Academics from York University claim that the current situation is magnifying the inequalities in the food system and the fragility of the food aid that is provided by the charity sector (that is being asked to respond to a growing demand with reduced resources). They call for policy change to protect households:

‘Millions of households were in poverty before the pandemic, and millions more will be so unless the government continues to protect household incomes through policy change.’

This is where the networks and processes of a community organising response become so important. The government has proposed a raft of new policies over the last four weeks, but with little time for the usual scrutiny and testing it is important we listen and organise in response to the impact of these.

One of the policies announced on 18th March aimed at providing children entitled to free school meals continued support while schools were closed. While supporting the move,  Tyne and Wear Citizens recognised that the proposals would still see children falling through the net. A process of rapid listening was initiated, using the relationships we had developed in the north east during our Just Change Campaign last year. The findings were distilled down into several ‘asks’, which were checked with institutions and chapters across the country, and again amended.

In his book Inclusive Populism, Angus Ritchie describes broad-based community organising as: ‘an approach to politics rooted in agency and the diverse convictions of citizens experiencing social injustice, from recent migrants to people in long established working-class communities’. Until four weeks ago, the process of listening and bringing diverse groups together for change had been at the core of my organising in Sunderland, but this is a lengthy process and for now we need to respond quickly in an organised way.

The church can be key to listening in communities, even without face-to-face conversations. By simply asking the question ‘what is putting pressure on you and your family?’, we will begin to build up a picture of grassroots issues, some of which we will be able to influence, others that we won’t.

We are also starting to hear about the impact of being furloughed on a minimum wage, employee rights being removed, and issues with the benefit systems. Policy makers, whether locally or centrally, need to be aware of the impact of their decisions on the ground. But by gathering stories and feeding back to local councillors, MPs and other strategic partners we can influence change.

Over the next few weeks and months we need to serve our communities not only through acts of charity but by gathering stories and working with institutions for a just response to this crisis.

More details about the Tyne and Wear Just Change Campaign can be found here.

The Plague Doctors: Imagining the pandemics of the future by Karen Lord 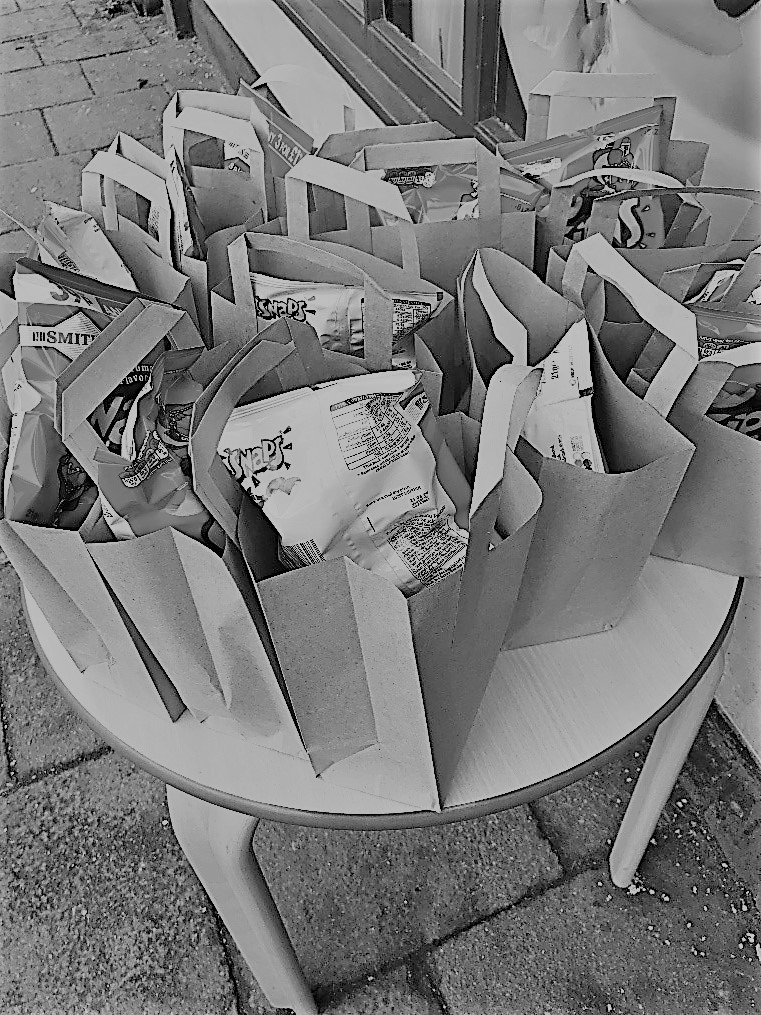