John Reader reviews this recent book by political economist Will Davies and wonders whether we would benefit from a New Enlightenment.

When I encountered an early review of this book it was not the title which grabbed my attention but rather the subtitle: “how feeling took over the world”. Given recent concerns over the apparent demise of Enlightenment concepts of reason and objective comment, and ways in which politicians and others appeal instead to the supposedly subjective and emotional, it seemed that this text would be of interest. I was not disappointed; there is much in this volume to stimulate further thought.

In the introduction Davies sets out the central themes that will shape the book. Having given an example of how panic set in when crowds in London thought that shots were being fired—when in fact there was nothing untoward happening, he suggests that the impact of social media operating in real time means that we place more trust in sensation and emotion than in evidence (p.xi). Knowledge becomes valued for its speed and impact rather than its objectivity. When we believe that we might be in physical danger, rapid response seems appropriate. The problem—if that is what it is—is that this now extends into other areas of our lives such as news, financial markets, and even friendships.

Davies then introduces two distinctions that, he will argue, have dominated modern thought, and which are now being brought into question: those between mind and body, and between war and peace (p.xi). Davies proposes that the impact of this is that conflict is intruding into other areas of our lives and that digital technology is making it harder to judge which is which: mind or body; war or peace. One of his major objectives is to map how this has developed in recent centuries.

Sections of the book focus on historical explanations of how these developments have taken place, and he proposes that, “contemporary notions of truth, scientific expertise, public administration, experimental evidence and progress are all legacies of the seventeenth century” (p.xiv). In other words, the approaches and values we associate with the Enlightenment are now being undermined or brought into question by the impacts which Davies will identify and examine. But why was there a search for reason in the first place? According to Davies it was because there was a search for peace, and of ways to end the violence stemming from the religious differences that had hitherto dominated politics. What has happened subsequently is that knowledge and facts are no longer able to settle disputes in the ways that they did under the influence of the Enlightenment. Feelings have come to dominate political activity instead, for reasons that need to be analysed and understood rather than being interpreted as a throwback to an earlier age. In other words, Davies argues, it is not enough simply to react against these developments and express nostalgia for a time that has now passed. What we require are analyses of why this is the case and attempts to steer a new path through the world as it is now.

Another dimension of the book that resonates with William Temple Foundation concerns is Davies’ focus on the political impact of growing inequalities, and he draws upon recent research in the US which both explains how issues of resentment and the loss of confidence in experts and professional politicians has deepened and also how this has led to the election of Donald Trump and the Brexit vote in the UK. The debate does not end there, though, as Davies goes on to talk about the power that can be unleashed by mobilising human sentiment and how modern forms of warfare play into these using contemporary forms of dissemination through digital technology. Timing and speed become even more important as a result.

The crucial question is: what antidotes to these developments might be available and what alternative ideal might be appropriate? When intelligence and calculation can be performed more rapidly by machines than by humans, how can we move forward whilst still pursuing the causes of peace and greater social justice? “Maybe it is not more intelligence that we need right now, but less speed and more care, both in our thinking and in our feeling. After all, emotions (including anger), can be eminently reasonable, if they are granted the time to be articulated and heard” (p.xvii).

In his conclusion, Davies draws the various threads together, returning to the issues of the loss of trust in experts, the decline of former approaches to democracy, and concerns over climate change as the major threat now facing the planet. As others have argued, the boundaries between nature and culture, or between nature and politics, are becoming increasingly blurred, and simply appealing to facts or statistics in a traditional scientific manner fails to have the desired impact. The problem is deciding what reason and rationality mean in this context where the older interpretations derived from the Enlightenment seem limited at best and useless at worst. Does it make sense to hold to some understanding of progress when so many experience a decline in health and living standards and the benefits of globalisation seem reserved for a dwindling but ever more powerful elite? When feelings are either weaponised or form such a key component of political debate is it sensible to continue to discount them as part of whatever reason is to become? Davies argues that it is not possible to piece reason back together again (p.223). This would be to resort to nostalgia in an attempt to recover a time that is now past. Objectivity and expertise are no longer sufficient to achieve political or economic objectives, so there needs to be a new configuration of old Enlightenment ideals in order to take account of the speed with which the world now operates and the different levels of what it means to be human that are accessed and mobilised by digital technology. The latter will only become more pervasive, so the question is that of how to respond appropriately, in ways that don’t abandon the quest for planetary stability and peaceful co-existence. Davies thus opens up the debate about reason, feelings and the possible meaning of a New Enlightenment that I believe are crucial for the future, and to which some religious practices and beliefs may yet offer constructive resources.

Peace on earth and goodwill to all people? by Greg Smith 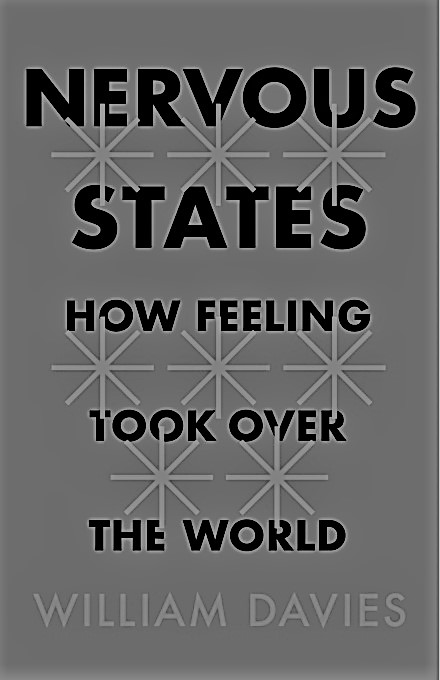