Review of ‘Down to Earth: Politics in the New Climatic Regime’ by Bruno Latour

Senior Research Fellow Dr John Reader reviews Bruno Latour’s book ‘Down to Earth: Politics in the New Climatic Regime’ and wonders whether a shared politics relies on a shared earth.

Latour’s basic hypothesis is that we cannot understand the last 50 years unless we recognise the intimate connections between globalisation, the explosion of inequality, and the question of climate change. This is the “New Climatic Regime”, in which the elites have concluded that “the earth no longer had enough room for them and for everyone else” (p. 1). This absence of a common world is now driving us crazy.

Trump’s attitude to the Paris Climate Accord and his subsequent approach to both international relationships and the environment are symptomatic of this general understanding, says Latour. Americans don’t belong to the same earth as everyone else. As with Brexit in the UK, this is an attempt to cut loose from other nations and go it alone.

Attitudes towards immigration are another symptom of this, with fears that climate change could create waves of migration in the near future. Where are they going to “land” and make their home? There are also growing numbers on the inside who feel they no longer “belong” as a result of growing inequality. They have been set adrift by social and political machinations. The basic right to feel safe and protected when under threat has been undermined (p. 11).

One obvious reaction to this is to resort to nationalism and the populist politics that so often accompanies it. When others appear to threaten or impinge, one protects one’s own space and place. An attachment to one’s land or territory is simply reactionary. But rather than being for or against either the global or the local, Latour suggests that what matters is to maintain the maximum number of alternative ways of belonging to the world (p. 16).

The response of the elites is, according to Latour, to accept that there can be no overall answer which can encompass everyone, so the only strategy is to get rid of all the burdens of solidarity as quickly as possible. Deregulate; dismantle welfare structures; ignore or even exacerbate inequalities; deny that climate change is happening, or that it is the result of human activity; and construct a safe place where one can pull up the drawbridge. The earth is no longer somewhere to be shared. Facts, scientific findings and the previous norms of public discourse are also victims of this process. The infrastructure of public life must be undermined in order to shore up this position and give it some credibility. There are many truths, hence none at all, and the populace is bombarded with conflicting and contradictory stories in order to disorientate and confuse. We don’t know who to believe any longer so we end up believing no one, even those who might be trustworthy. As Latour says: we no longer inhabit the same world and there is a deficit of shared practice (p. 25). This is a deliberate ploy.

What is also abandoned is the objective of a common trajectory, whether that be towards or away from an established tradition. Both progressives and reactionaries are undermined by this. The old markers of left and right, local and global, and future and past no longer have any purchase. The attraction of Trump is that he has managed to harness this context to his own benefit: “Trumpian politics is not ‘post-truth’ but post politics, a politics with no object, since it rejects the world that it claims to inhabit” (p. 38).

To resist this, Latour proposes that we need to come down to earth; to land somewhere. He names the new place we need to inhabit “the Terrestrial”. Rather than being the framework for action, the Terrestrial participates in the action. Humans are no longer the only actors, as the earth now comes fully into play.

But what is an appropriate political approach in the face of this? We must be both materialist and rational, but we must shift these qualities onto the right grounds (p. 65). For instance, how can we call a civilisation that has created a world where parents are prevented from leaving a habitable world to their children rational?

We need to turn from the global to the terrestrial. The view from nowhere, which has dominated much scientific and supposedly objective thought, cannot be sustained. This also means that the division between knowledge as assured seeing from afar and imagination as seeing things up close but without grounding in reality also needs to be abandoned (p. 69). We need to acknowledge that agency is distributed and that it is the entangled engagements of human and nonhuman assemblages that determine life in the terrestrial—and this requires a broadening of both science and reason. What is needed is a balancing act between an attachment which allows us to get away from the illusion of a “Great Outside”, and a detachment which allows us to escape the illusion of borders (p. 93). This can only be achieved by generating alternative descriptions. A dwelling place is that which we depend on for our survival, while also asking who or what else depends on it.

That is where Latour ends, though, and as with all such attempts to redefine the territory one wonders whether this goes far enough? Yet the attempt itself is perhaps the most important contribution and does point towards new ways of thinking about and articulating the problems we now face.

The Plague Doctors: Imagining the pandemics of the future by Karen Lord 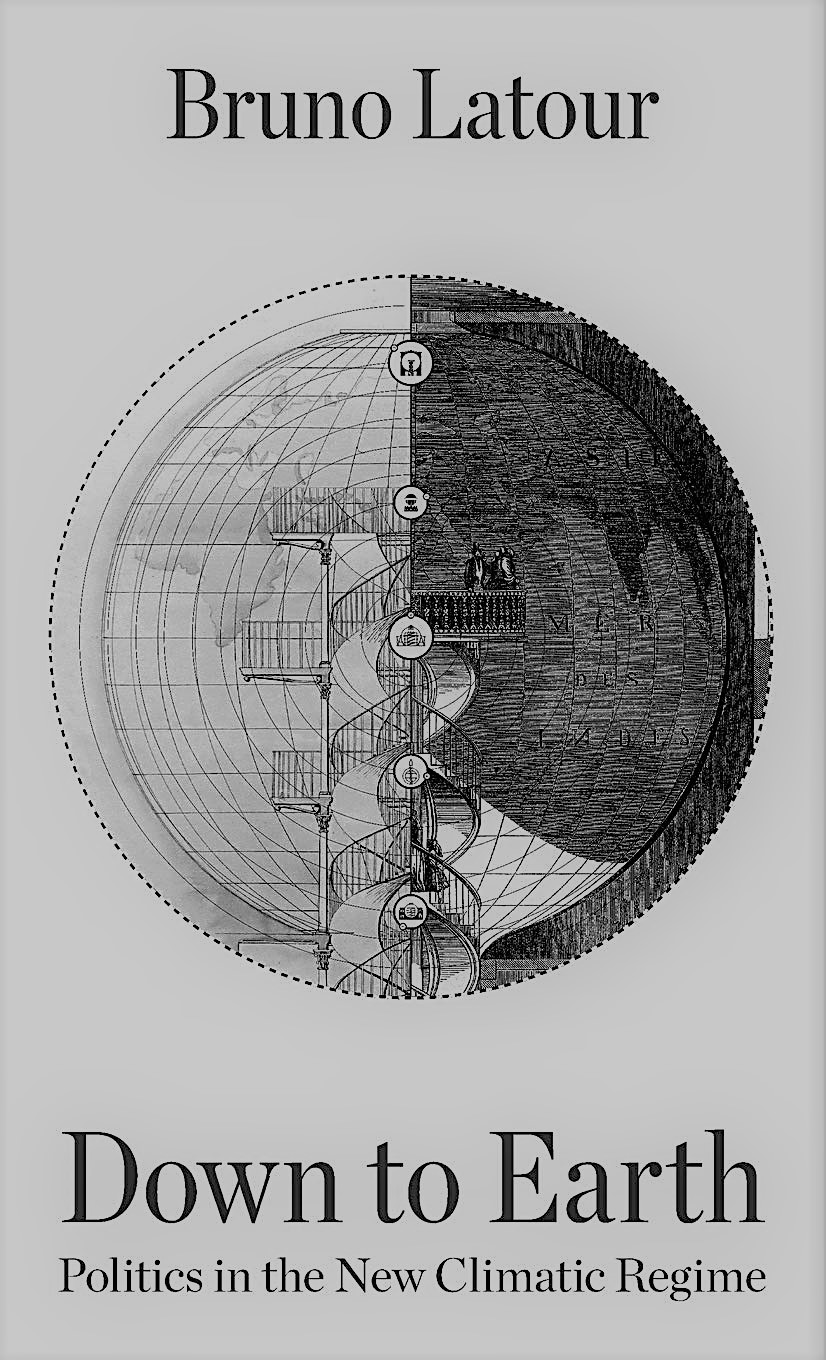