Review of ‘Reimagining Mission from Urban Places’ by Anna Ruddick

Anna Ruddick’s new book is a well written, popular version of the ethnographic research which led to her doctorate, including reflections in practical theology and evangelical missiology. As such, it will be valuable for active and prospective church leaders, church planting and community development teams, and mission strategists in urban settings across the world. It resonates deeply with the experiences and learning of myself and my peers from the generation of Christians who, in the late 1970s, became urban missionaries and stay-incomers in East London and other inner-city communities across the UK.

Ruddick’s research was based on in-depth biographical interviews with a small sample of local residents, and Eden Network team members who had “moved in to live deep”, in multiply deprived urban neighbourhoods in the north of England. She writes from the position of a semi-insider, having lived and worshipped in a similar place whilst working for The Message Trust, the charismatic evangelical youth mission agency where the Eden Network was born. The starting point for her explorations was the question: “what is meant by the concept of an individual, or a community, being transformed, though an encounter with Jesus Christ?”.

The normative paradigm for evangelicals—at least for white, middle-class evangelicals in the 20th century—has been that an individual sinner responds to a gospel message, makes a decision that amounts to a conversion, and in doing so receives forgiveness and salvation that has eternal validity. In consequence, the new believer will turn away from destructive and purposeless lifestyles, seek deeper fellowship with God through prayer and Bible reading, associate with other Christians, and become active in testifying to unbelievers about the radical change that Jesus or the Holy Spirit has  worked in their life. This is the expectation that most Eden missionaries held when they moved into the inner city. But, after a year or two in the field, when revival had not yet happened, when the local churches had not been filled by tribes of zealous young people who had recently become Christians, yet meaningful relationships had been established with many of the neighbours in the local streets, schools, youth clubs and playgrounds. It was time for reflection and re-evaluation.

Christians living in such urban neighbourhoods, whether by calling or by choice, will readily understand the demand to engage with the nitty-gritty of human life. The best laid plans for organising church events and evangelistic outreach need to become flexible and responsive to the community. Ruddick develops the concept of “missional pastoral care”, which describes a model of engagement that often emerges as relationships deepen and the boundaries between us and them slowly dissolve over several years. Theologically there is a movement from “bringing the good news of Jesus to the community” to discerning how God is already at work in local lives, and understanding that Christians, alongside the Holy Spirit, are partners in the missio dei. Mission becomes, in Paul Keeble’s terms, “mission with”. The outcomes may include bringing new people into the life of church congregations, but they are better measured in terms of the growth of mutuality, individual and community flourishing, and well-being; the evidence of shalom which is at the heart of the growth of the kingdom rule of heaven breaking into the present age on earth. Here, the Bible is used less literally as a source book for ideas about beliefs and behaviours, but more as a wider narrative to illuminate life stories from the local context.

The final two chapters seek to draw out the implications for the wider church, though the focus is firmly on evangelicalism and its rooting in the deeply personal experience of being converted or “born again”. However, the model of missional pastoral care leads beyond the formulaic fundamentalism that is often expressed by preachers in mega-churches, in altar calls for “decisions” to follow Jesus, and in conservative moral stances which often seem harshly judgemental to outsiders. Instead of gathering religious consumers, the evangelicalism that Ruddick advocates respects human agency, embraces diverse and imperfect people in community, accepts failure with forgiveness, recognises the scourge of social injustice, and adds nuance to codified systems of belief. The contrasts between these two paradigms of evangelical religion is so great that one is bound to question whether a single evangelical identity can survive much longer.

Inevitably, there are some limitations with a short volume such as this, and it was written well before COVID-19 and the radical disruption to church and community life that the pandemic has wrought. The author concedes that the research is written from the perspective of a white woman, and therefore largely excludes the perspectives of black and other minority Christians. Nor is the account especially shaped by gender analysis. There is almost no mention of religious diversity or consideration of mission in the context of minority faith presence which is commonplace in urban areas across the world. The model of mission also remains largely apolitical, lacking an analysis of economic and power structures, or significant engagement with politics even at the local level. As such, it could be complemented by some of the ideas and action models from liberation theologies and Citizen’s organising to generate a more complete view of the mission of God.

Nevertheless, Ruddick’s book is one of the most reflective and well-researched accounts of urban ministry and mission that I have read in recent times. 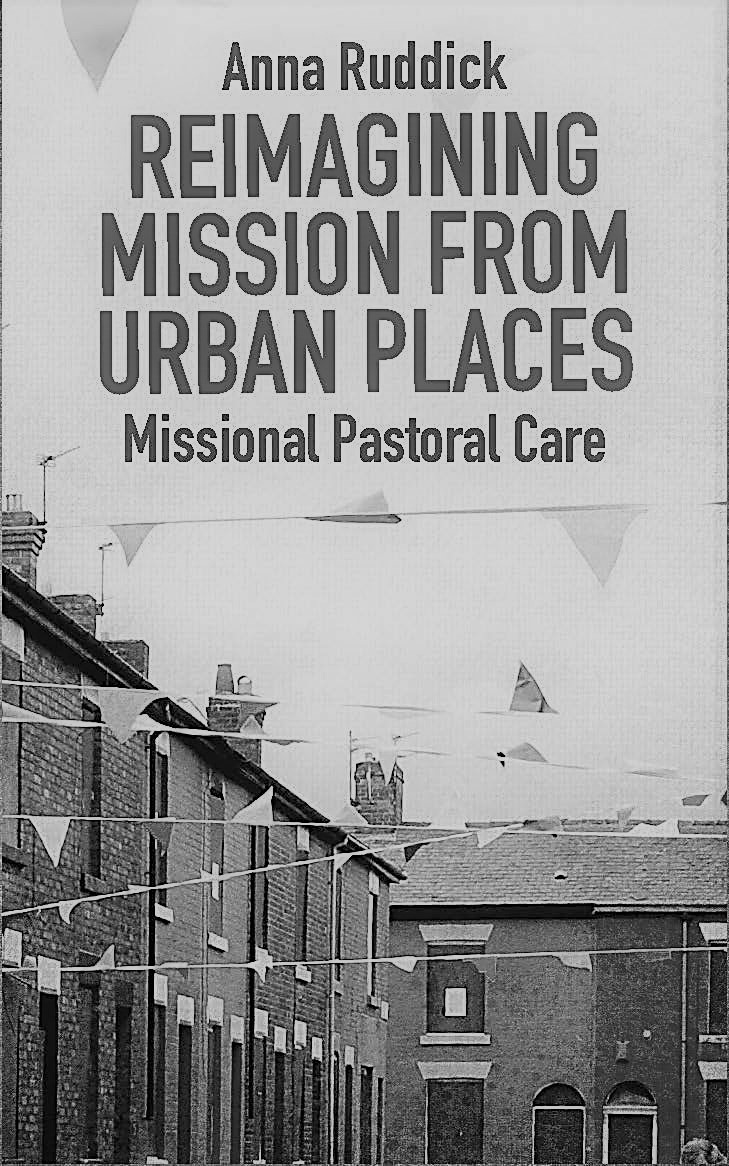