Review of ‘Time to Act’ edited by Jeremy Williams

Tim Middleton reviews this book from Christian Climate Action—a combination of thoughts, resources and laments on Extinction Rebellion and climate activism from a religious perspective.

Time to Act was published early in 2020. Its urgent writing sought to draw attention to an impending global catastrophe, encouraging a mixture of solidarity, soul-searching and activism. Yet none of the authors predicted quite how soon our world would be turned upside down as a result of our broken relationships with the natural world.

The volume has a similar feel to both Extinction Rebellion’s This Is Not a Drill and the recent edited collection Words for a Dying World. Personal stories of protest sit alongside academic reflections and practical tips on how to get involved. Poetry, photography, liturgy and illustrations add to the intimacy of the collection.

Several themes recur across the many contributions. The religiously inspired resistance of both Dietrich Bonhoeffer and Martin Luther King clearly provide motivation for the actions of contemporary Christians faced with climate catastrophe. According to Bonhoeffer, the role of the church, when faced with injustice, is ‘not just to bandage the victims under the wheel, but to put a spoke in the wheel itself’ (pp. 8-9). Similarly, Jesus’s upending of temple tables is regularly cited as an endorsement of XR’s methods of non-violent civil disobedience (e.g. p. 27).

Reading this book now, through the lens of a global pandemic will undoubtedly alter how it is received. But our new, COVID context also sharpens the pleas and demands that are found within its pages. Particularly prescient in this regard is a quotation from an interview with Anthony Reddie:

‘There are powerful people who can countenance people dying […] if that’s what it takes for everyone else to continue—if only for a period—with some sense of normality.’ (p. 74)

Reddie was talking about the deep injustice of climate change; those who are most responsible are least likely to face the consequences. But the same disturbing logic has been heard on a regular basis in relation to the pandemic: ‘others’ are deemed expendable for the sake of ‘our’ normality. And yet, in both cases, even those who utterly disregard the moral case for caution will find that the reality of our planetary interconnections will disrupt their lives soon enough.

Hannah Malcolm’s hospital metaphor is similarly haunting given our current situation. She asks us to imagine the scene:

‘It is a familiar hospital: it is stretched beyond capacity, with trolleys up and down the corridors, sleep-deprived nurses, and high risk of infection.’ (p. 177)

An alarmingly farsighted vision. But Malcolm’s point is that, when faced with our own grief about ecological devastation, we must find room for compassion as well as despair. A hospital symbolises a place where life is lost, but also a place where life is sometimes recovered and born. Our planet is still worth defending, however dire the situation seems to be. As Martin Luther is (probably incorrectly) rumoured to have said: even if I knew that the world would end tomorrow, I would still plant a tree today. And much the same could be said about retaining hope during the pandemic, as we now see pictures of hospitals that are literally overwhelmed.

In another chapter, Stefan Skrimshire sounds a similar note of realism when he asks, is it not already too late? It is common in activist circles, he says, to talk about unbreachable deadlines—we only have until 2030, for example, to limit global warming to 1.5°C. But this culture of deadline-ism ignores two important realities. On the one hand, it is already ‘too late’ to prevent the homes of many Pacific Islanders from being inundated by rising seas. And yet, on the other hand, it is never too late to oppose injustice. As Skrimshire writes of activists, ‘the striving itself embodies the world in which they believe’ (p. 98).

This tension between hope and despair is one of many that pervades the book. Simmering just below the surface are further contrasts between action and contemplation, responsibility and privilege, and success and failure. As such, Time to Act is passionate, eclectic and at times a little rough around the edges. One, specific discomfort is the regular appeal to a ‘Christlike’ model of sacrifice. We are told, for example, that ‘as Christians, we are called to sacrifice, to offer ourselves for others’ (p. 214). And yet Reddie is abundantly clear that the rhetoric of sacrifice is invariably employed by the powerful to continue the subjugation of the powerless (p. 75). Telling others to take up their cross, ignores the ‘monstrous shadow’ of racial and other injustices (p. 73). But such awkwardly sharp edges are an accurate reflection of the difficulties of gathering a diverse group of people together to contribute to a common cause. They are also indicative of the way in which XR itself has been trying to evolve.

Nevertheless, the raw emotions and the persistent provocations in this volume offer a fitting exhortation—especially in these COVID times—to continue the fight for a better world. It is indeed time to act. 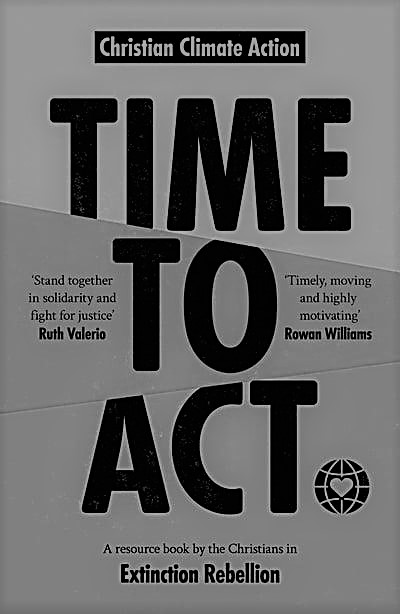