Is XR undergoing a just transition?

In the first of a series of blogs on Extinction Rebellion’s recent protests, Matthew Stemp explores how the movement is beginning to learn the hard lessons of neglecting climate justice.

Extinction Rebellion (XR) returned to national media coverage last week with its controversial action against the right-wing press. With elaborate, ‘high tech’, suspended bamboo structures, around 100 activists blockaded the delivery of newspapers, specifically targeting those owned by Rupert Murdoch’s News Corp. The action was unique amongst the scores of actions against various targets during its 10-day ‘rebellion’ this month, in that it not only brought the movement back into the headlines, but it also provoked direct responses from the government. With attention otherwise absorbed by the crises of COVID-19 and Brexit, climate politics was once again given a fleeting glance.

In the public exchange that followed, Home Secretary Priti Patel offered the most notable statement among the Tory leadership. Her (empty) threat to relabel XR as ‘organised criminals’ was met in the following days by XR activists in typically satirical fashion. Three rebels, dressed as suffragists, held a sign quoting the Conservatives’ recent penchant for breaking the law ‘in a specific and limited way’. Meanwhile, one local group in North Devon demonstrated outside a police station, with yoga teachers and retired librarians confessing their organised crimes of ‘crocheting with intent’ and ‘criminally-bad dis(c)obedience dancing’. After a difficult year for the movement financially and organisationally, Patel’s comments backfired at least to the extent that they regalvanised the movement’s energy and playfulness.

But far more important than that was the basis of Patel’s defence of the ‘free press’. She stated, revealingly, that: ‘We must defend ourselves against this attack on capitalism, our way of life and ultimately our freedoms’. This is a significant moment in the discourse that XR has managed to provoke, insofar as the government has been forced to show its hand with respect to the climate and ecological crisis and the neoliberal ideology of so-called ‘freedom’ it rarely has to actively defend. Patel’s comment reveals the extent to which XR has begun to be more explicit in its analysis of the ‘toxic system’ it seeks to overcome, and more strategic in its choices of targets as a result.

Alongside highlighting News Corp’s complicity in climate denial, XR’s targeting of neoliberal think tanks based at 55 Tufton Street was also an important provocation that likely contributed to Patel’s remarks. At an evening organised by Writers Rebel, speeches exposed the climate-sceptical, free marketeering organisations such as the Global Warming Policy Foundation, the Institute for Economic Affairs and the Tax Payers’ Alliance. All of these think tanks, who have a huge media presence despite refusing to reveal their funding sources, are directly linked to the current crop of hard Brexiteering politicians in service of disaster capitalism.

One of the most incisive of these speeches was by the author Zadie Smith, speaking to a subject close to the heart of XR’s contribution to the new climate activism (and to my own research): emotions. Smith began by referring to a piece she wrote in 2014, grieving the despoliation of the natural world and the problem of interpreting climate denial in purely psychological and emotional terms. ‘But now we know better,’ Smith continued,

‘Now we know that the outsized, unruly emotions that surround the scientific subject of climate change are fuelled by something far more calculated than species-shame. They’re not organic, natural or unavoidable, but rather feelings manufactured, targeted, organised and paid for, largely by oil companies and other vested economic interests who are prepared to sacrifice your long-term future for their short-term profit. Now we know that there really are people, some of whom work on this very street, whose business it is to make science look like opinion, who aim to transform genuine feelings of climate grief and guilt into defended ignorance and positive denial.’

Other actions and events throughout the nearly two weeks of civil disobedience also highlighted structural issues, relating climate inaction to migrant justice, racial justice and indigenous justice, with demonstrations outside the Home Office and symbolic buildings in the City of London representing neo-colonialism. XR’s regular chanting of ‘What do we want? Climate justice!’—a staple part of the international climate movement’s protest repertoire—had previously been at odds with the movement’s official line to be ‘beyond politics’, with language of justice considered to be too left-wing despite XR participants’ strong leanings towards Green and socialist politics.

This rebellion there was certainly a greater congruence between strategy and the use of justice language, primarily targeting sites of economic and political power and privilege rather than the general public. This is due to the persistent work of BIPOC climate and environmental justice activists building movements within the movement, such as Global Justice Rebellion (GJR) and the Internationalist Solidarity Network (ISN), now thankfully gaining in influence in XR’s culture at large. Yet their work was often undermined during the recent rebellion by some of XR’s old routines, rooted in its original strategy of mass arrests.

To give one example, an event at Parliament Square run by GJR and ISN focussed on listening to the voices of different faiths and cultures. Yet rather than encouraging XR members to listen to the speakers, a number of white activists encouraged everyone to sit on the roads on two sides of the square, in front of the police lines. A familiar XR protest ritual of moral display ensued. The loud rhythms of the Samba Band began playing, drawing people onto the roads. The speeches by Black and Indigenous activists became barely audible above the noise of the drumming and the cheering at people being arrested. Meanwhile, the practice of celebrating the arrests of white activists continued unabated as police numbers around the square increased in response. This was one among a number of examples I could give in which BIPOC speakers were undermined and potentially placed at risk.

There are some encouraging signs that XR is now going beyond ‘beyond politics’ and correctly targeting the right-wing, neoliberal organisations that have been delaying climate action and causing climate injustice for decades. Many rebels are discovering this more coherent basis for a justice-orientated climate politics and movement strategy, and the recent protests played an important role in educating the movement around these issues. Further, XR has adopted the important new Climate and Ecological Emergency Bill as its intermediate demand, which calls for a ‘just transition to a zero carbon society’ on the kind of timescale necessary to take into account the UK’s historic carbon emissions, consumer culture, and the principle of equity.

Yet some deep problems remain. To address them, white activists in XR must interrogate the ideological underpinnings of XR’s founding apolitical narrative, and how it continues to be acted out in habitual practices of symbolic arrest. In her speech, Zadie Smith put it precisely: ‘This is no longer, if it ever was, a question of personal morality. This is a structural question of corrupt politics.’ To fully undergo a transition towards justice, XR must go beyond treating the climate crisis as a merely moral tale. 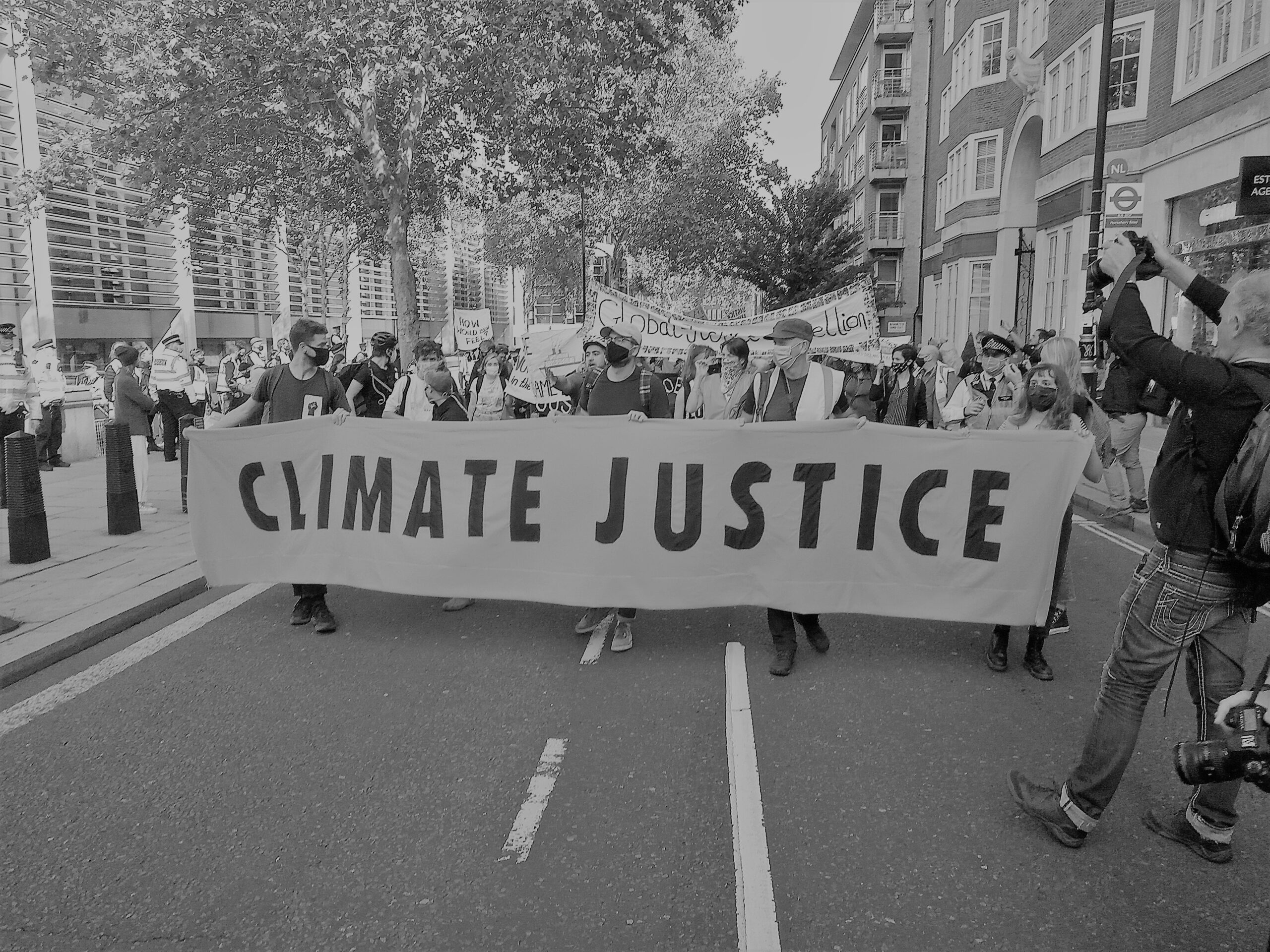 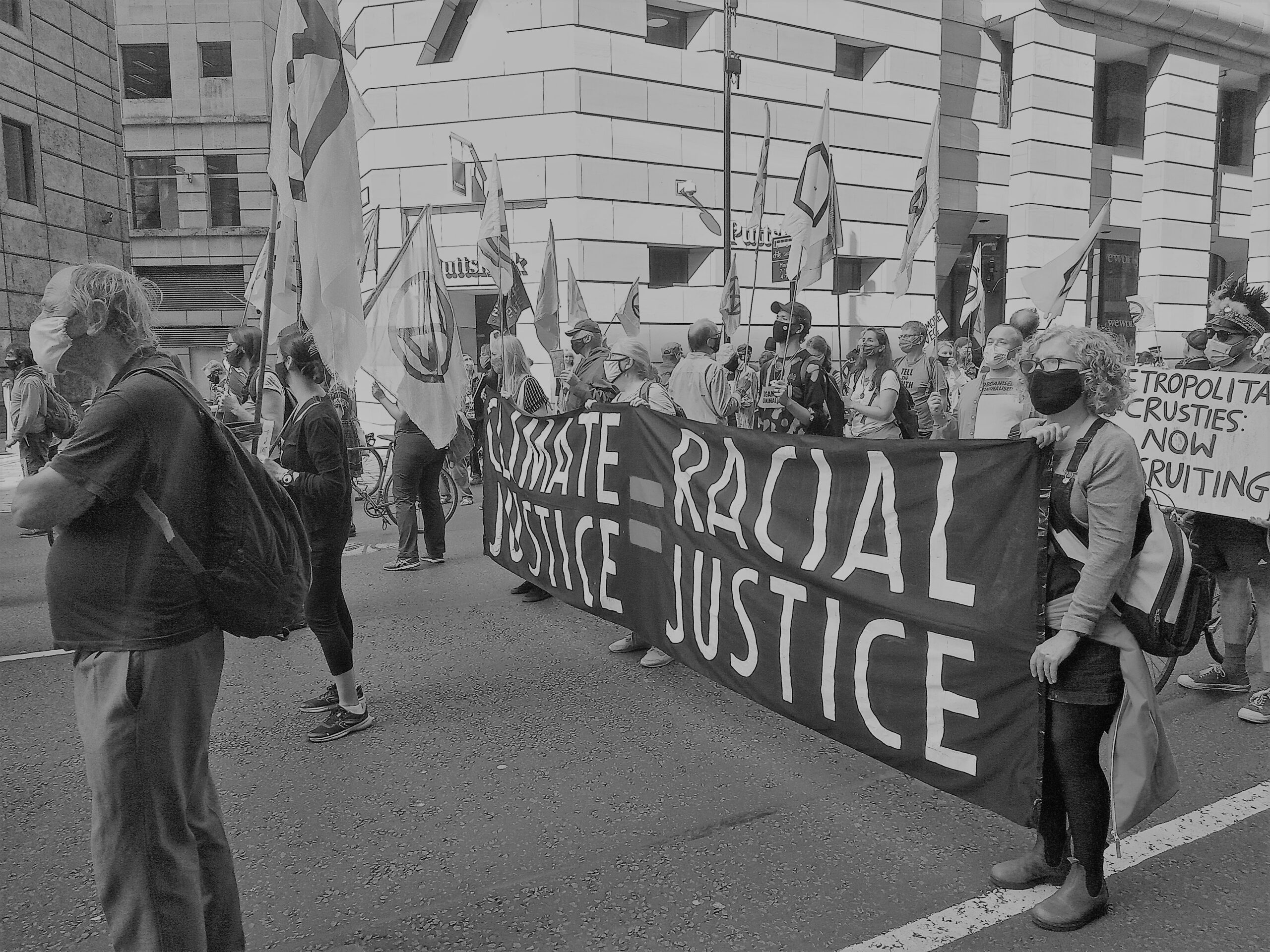 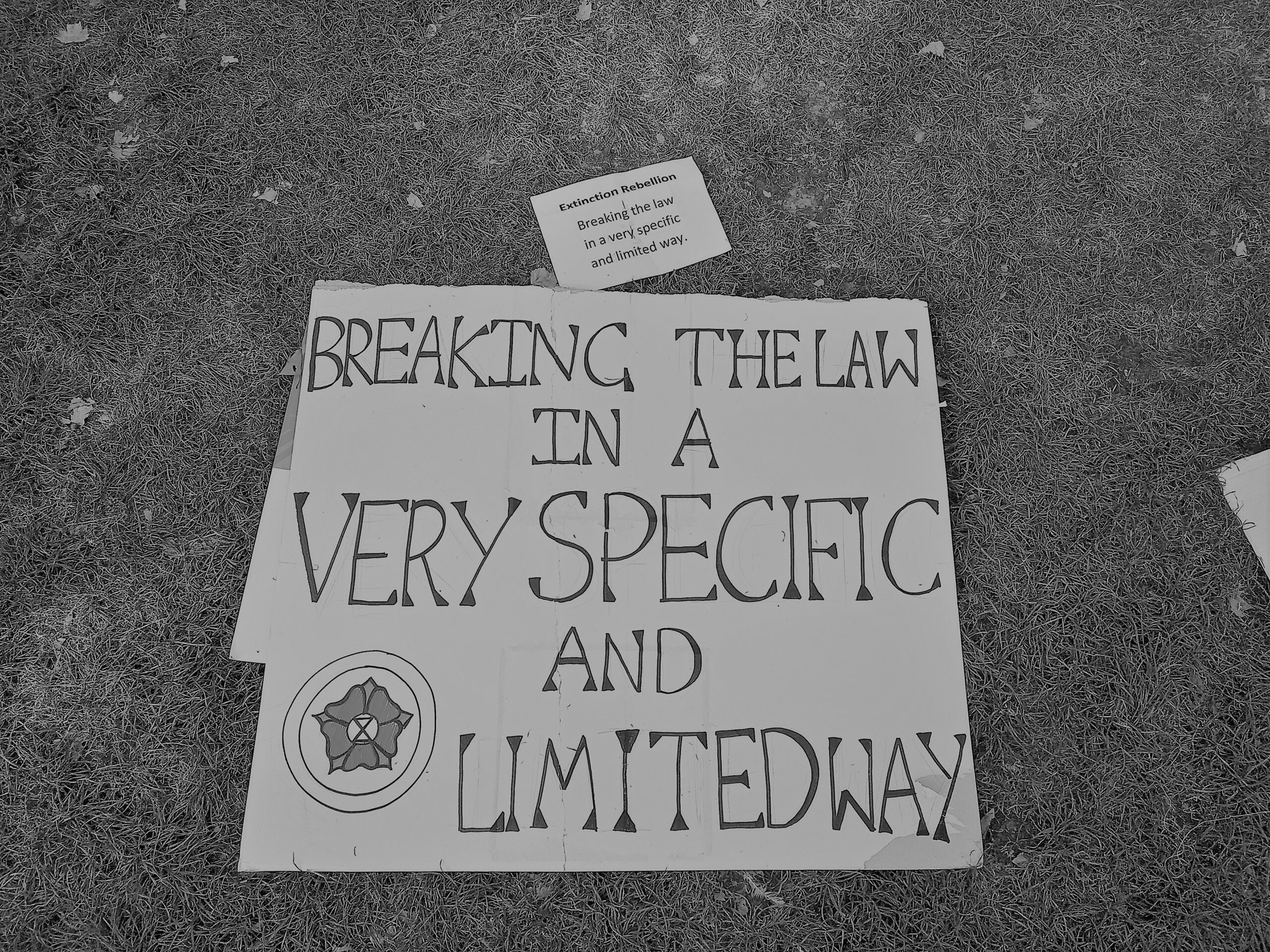