Carillion – A Watershed Moment in the Neo-liberal Debate? 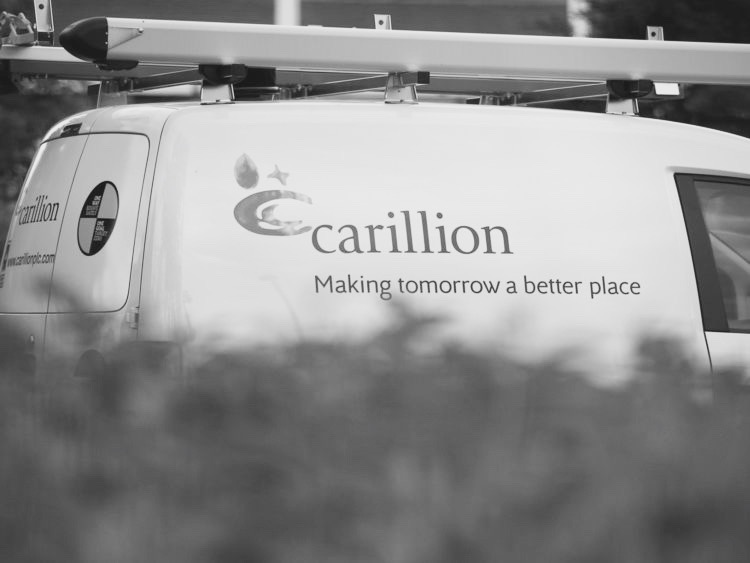 Chris Baker considers the collapse of construction giant Carillion, and a re-imagination of the relationship between the state and the market.

The breaking news of the collapse of the major British company Carillion is a hugely significant event. For 20,000 UK employees directly employed by the company this is a deeply worrying moment. For thousands more employed in subcontractors chains, there is an equal amount of worry and uncertainty. However, the collapse of Carillion is sending political shockwaves as well as economic ones because of the sheer range of contracts it had secured to supply front-line public services such as schools, prison and healthcare facilities; from hospitals and operating theatres down to school and hospital meals, as well as delivering major infrastructure projects such as HS2. The contracts to deliver public services offered to this private company run to several billions of pounds. The decision not to let the taxpayer pick up the tab for this market failure is welcome, but the long-term costs to the public realm of lost contracts and the reliance on expensive last-minute replacements will far outweigh the supposed cost savings from outsourcing to the private sector.

Key questions will need to be answered. Despite unsustainable debt warnings emerging several months ago, new contracts appear to have continued to be issued. At the heart of the problem is the state’s increasing reliance on large scale contracts to a few favoured companies, otherwise known as outsourcing conglomerates (such as the £2.43 billion of health care currently being run by Virgin Health). Carillion, which started out as a construction company, took on too many areas of responsibility for which it was ill-equipped, both financially and in terms of skills sets. As Professor Karel Williams from Manchester University reflects in the Observer, ‘With outsourcing you have to continually bid for new contracts and the stock market expects to see continuous growth. But sooner or later you take on a contract that makes huge losses and the operation can’t sustain those losses.’ This is what seems to have happened with Carillion.

But there are wider narratives here that now need to be challenged.  As Mariana Mazzucato argues in her excellent book, The Entrepreneurial State, we need to put an end to the false assumption promulgated at the heart of the neo-liberal narrative for the last 40 years, that the state stands in the way of investment and innovation and only the market has the skills to provide goods and services. In this narrative, the state’s role is simply to regulate and manage the market in the case of failure, rather than actively shaping the market to create innovation and investment in areas that strengthen the public sphere; namely technology, health care, environment and so on.

This narrative is factually wrong. Global private-tech companies like Google and Apple were only able to develop their products thanks to pre-existing state-sponsored research which undertook the necessary early and risky development. These companies arrive late in the R and D process when funding is easiest to raise from venture capital, and then claim the ownership of ideas and technologies that have been created through state and tax payer investment. These companies then take extreme measures to avoid or evade the tax revenues that have been generated by the initial and indeed ongoing state support.

Mazzucato argues that this lopsided and ill-informed narrative of partnership has other repercussions for the public sphere. First, the state is denied revenues that it could reinvent in other risky developments. Second, the notion that the state is simply a lender of last resort rather than proactive market shaper denies it the full range of young entrepreneurial talent who might be led to invest their creativity for the greater good, and who instead join the market. Third, the management of risk falls disproportionately on the state in what she calls the socialising of risk and the privatisation of rewards – a strategy that always favours private shareholders and venture capitalism rather than being reinvested in the fabric of the public sphere at large.

And without that continuing investment in the public fabric, citizens lose a sense of trust and hope in the power of the state to safeguard them and have their best interests at heart. This, in turn, Mazzucato implies, generates the cynical apathy that leads to the unaccountable actions of large companies to act with impunity as to the impacts of their decisions. It is time, says Mazzucato to reimagine the relationship between the state and market. At present the market is allowed to engage in a parasitic relationship on the social and intellectual capital of the state, rather than in a far more healthy and symbiotic partnership, whereby the state, from its own values and principles, decides the key areas of policy and investment that should be adopted for the greater good, and then shapes the investment streams and regulations towards the delivery of those common goods and services for the benefit of all.

We need, as part of this new thinking, to not only develop a ‘political-economy’ reimagination of the state, but also a ‘theological’ one. Part of that re-imagining would be to recall some of the realist Christian tradition of Dietrich Bonhoeffer and Ronald Preston that worked on the idea that certain dimensions of public life (called Orders of Creation) are ‘certain basic structures of life (…) not chosen by humans, but are found to go with the mystery of human life itself.’ Eve Poole, in her excellent review of Christianity and Capitalism outlines four such orders: “marriage and the family, the economic order, the political order, and the community of culture (…) these Orders affect humans before they are able to notice or make choices, and act as evidence for the incoherence of the argument often made by proponents of a free-market economy, that suggests the need to focus primarily on the changing of individuals rather than structures.”

More needs to be done on this, but for now I would argue that the state is integral to the fair and just ordering of both political and economic domains. Carillion, unfortunately, is a case study of how a distorted over-dependent narrative of the market leaves us not only financially poorer, but also innovatively and technologically poorer. It’s time for a rethink!