In Memory of John Atherton

Updated 28/09: You are invited to attend a very special memorial service in honour of John. The service will be held at Manchester Cathedral at 3pm on the 17th November.

Update 20/07: John’s funeral was on Thursday 7th July at St. Katharine’s Church, Blackrod, Lancashire. Click here to read the sermon delivered by Alan Wolstencroft, and here for an academic appreciation by Chris Baker.

A memorial service will be held later in the year. In addition, an edited collection in honour of John and his work is being planned for future release.

It is with deep sadness that we report the death of our esteemed colleague and friend Canon Professor John Atherton (1939 – 2016) who passed away on Friday 24th June.

John was hugely loved and will therefore be sorely missed by huge numbers friends, colleagues and students in the many areas of life his ministry took him. He dedicated his life to the William Temple Foundation and to the progressive and empirical public theology that emerges from that tradition. He was Director of the Foundation in the 1970s and 1980s, and subsequently Company Secretary, a job he did with tireless dedication even after retirement when he often struggled with poor physical health. He was also an Associate Research Fellow of the William Temple Foundation.

John was a key consultant in the drafting of the Faith in the City report of 1985. He worked tirelessly to build bridges and understanding across disciplines and institutions and to progress justice and fairness and robust debate about the nature of British and Global society and the gospel. He has left a huge hole in our lives and our institution, and we will struggle to fill it. We will never be able to replace it.

As well as his work with the Foundation, he served as a parish priest in both Scotland and England and he was Canon Theologian at Manchester Cathedral for 20 years between 1984 and 2004. He lecturer on Christian Social Ethics at the University of Manchester for several years, influencing and inspiring all those he taught. His writing and research was prodigious, encompassing the role of religion and theology, to politics, economics, ethics and human wellbeing and flourishing. John held visiting professorships at the University of Chester and the University of Uppsala in Sweden, and was writing and researching a new project on economics and religion literally up until the day he died.

The film below epitomises the man, his life, his work and his passion, and was filmed in November 2014 at the launch of his last book ‘Challenging Religious Studies: The Wealth, Wellbeing and Inequalities of Nations’.

A full obituary, originally published in the Church Times, can be downloaded here >>

John’s final publication was an e-book written for our Temple Tracts series which he co-wrote with John Reader; Mapping the Material: Religious Practices in Changing Times is available to download.

William Temple Foundation trustees Hilary Russell and John Battle also worked alongside John Atherton in the founding of the charity Church Action on Poverty. They have written a tribute here >> 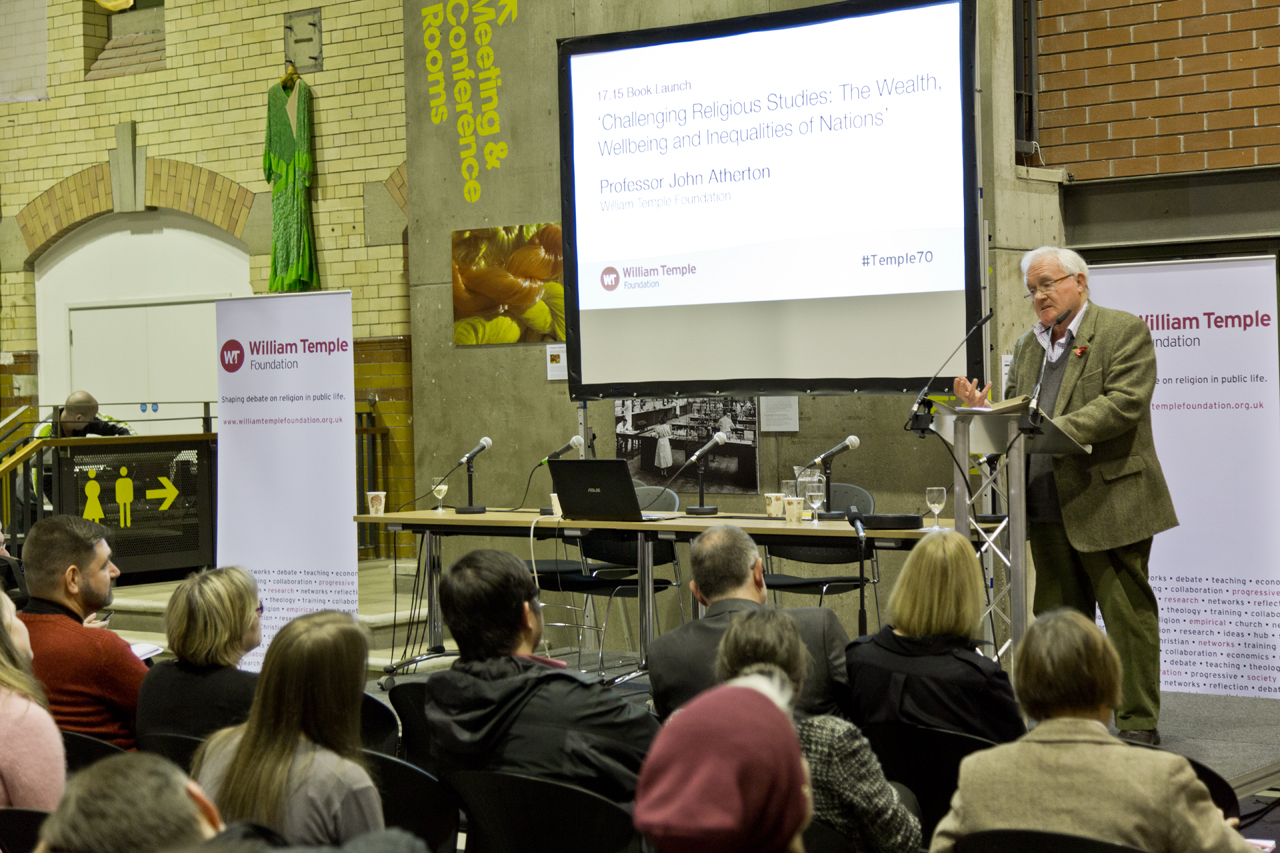 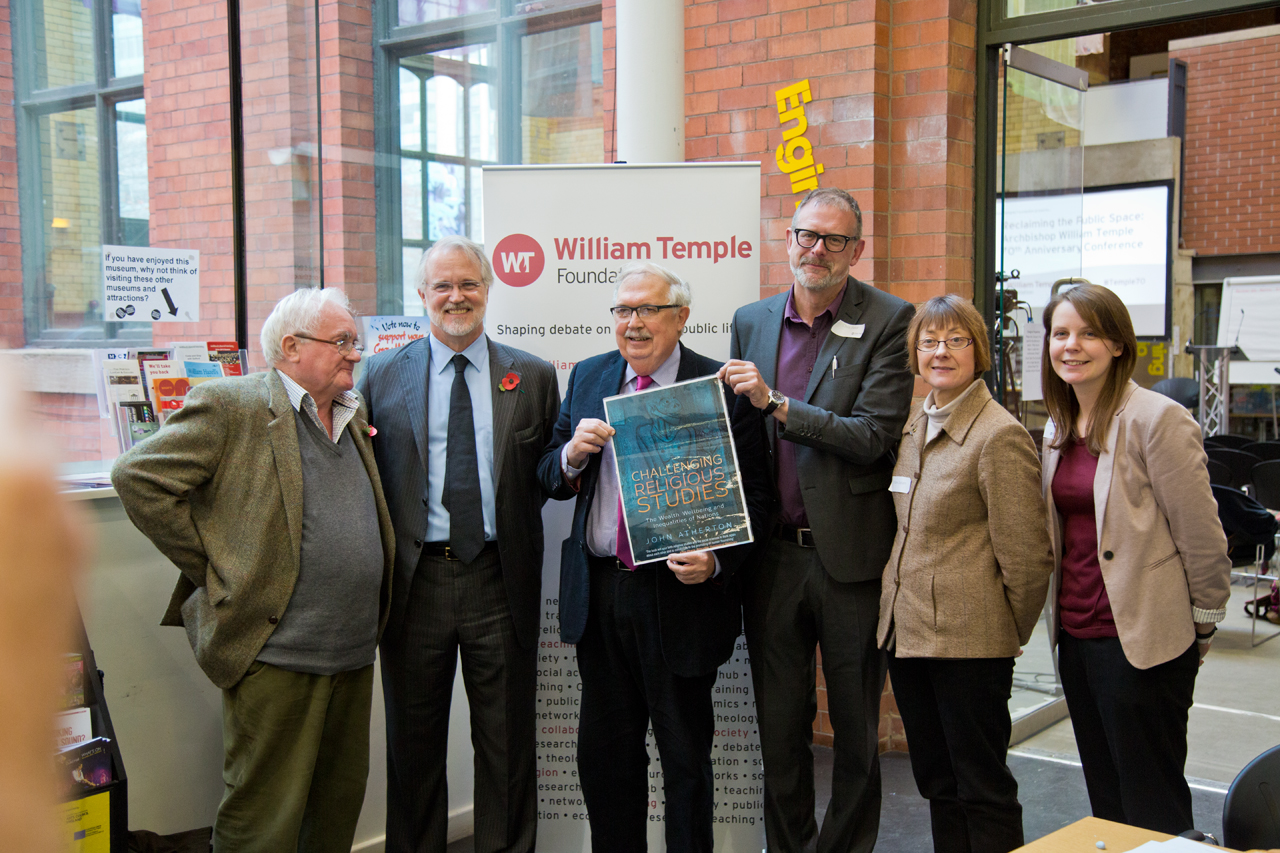