Integrating the Digital and the Ecological: Workshop Reflections

On 1st March 2019 members of the William Temple Foundation Ethical Futures network met in Trinity College, Oxford, to discuss the relationship between digital and ecological concerns about our collective future. The event was facilitated by Ian Ball with the aim of drawing more closely together the various interests and contacts within the group and to enable a scoping of future work and developments. The group will now be producing a programme of further gatherings to meet that objective.

The first input was provided by Professor Maggi Savin-Baden, who presented some of her work on virtual humans based on her recently published book on the topic. Maggi introduced the ideas of chatbots and virtual tutors and explained how these entities are now being developed into virtual personas. If these virtual personas are constructed to replicate real human beings—based on existing data, such as emails and social media usage—then this opens the door for the possibility of digital immortality: a digital presence that continues long after someone has died. It is at least conceivable that such entities could not only respond automatically to messages and systems, but also interact with living people and continue to learn over time.

But what would be the emotional and ethical implications of this for grieving family members? And why are people interested in building these digital personas in the first place? Is it connected in some way to contemporary society’s fear of death?

Dr Martin Hodson then presented some of his recent thinking on the place of hierarchy within the created order. Ever since Aristotle, there have been forms of thought that have tended to place gods at the top of a great pyramid of reality, which passes down through angels, human beings, animals, plants and inorganic matter. But there are good reasons to question the fixity of some of these categories. For example, since the publication of ‘The Secret Life of Plants’ in 1973 we have become increasingly aware of the possibility of forms of sentience amongst plants, including: circadian rhythms, the ability to ‘hear’ approaching bees, and signalling to nearby plants when under attack. Climate change has also taught us that apparently inanimate, inorganic systems have a phenomenal ability to ‘fight back’. Most emphatically of all, the Christian concept of incarnation problematises a straightforward placement of God over humanity.

So perhaps our existing hierarchical schemes need significant nuancing, if not challenging altogether? The philosopher Gilles Deleuze’s metaphor of a rhizome—an egalitarian and interconnected root network—may well be a better image than a pyramidal hierarchy. And, if hierarchies are a bad thing, to what extent is religion responsible for promoting and propagating these unhelpful ways of ordering reality?

But further points of contact were also identified. First, the drive for digital immortality in the virtual realm has striking parallels with Anthropocene debates about the extent to which humans have ‘left their mark’ on the planet. In both cases, perhaps, it seems like we are being driven by a widespread societal anxiety about finitude and death. And secondly, digital technology continues to frame how we come to know anything about our environment: our knowledge of one informs our knowledge of the other. One aspect of the climate change debate is the issue of trust, or lack of it, in scientists and other experts. Similarly, the question of who controls the technology and for whose benefit is a major practical and political concern.

The Ethical Futures network hope to be able to address some of these questions through its future events and publications. It also hopes to be involved in an EU project named Green Bridges which, if funded, will be focussing on the use of digital processes in attempting to relate the issues of wellbeing, social cohesion, environmental sensitivity and sustainability.

You can also register to attend the launch of ‘Virtual Humans’ by David Burden and Maggi Saven-Baden here. 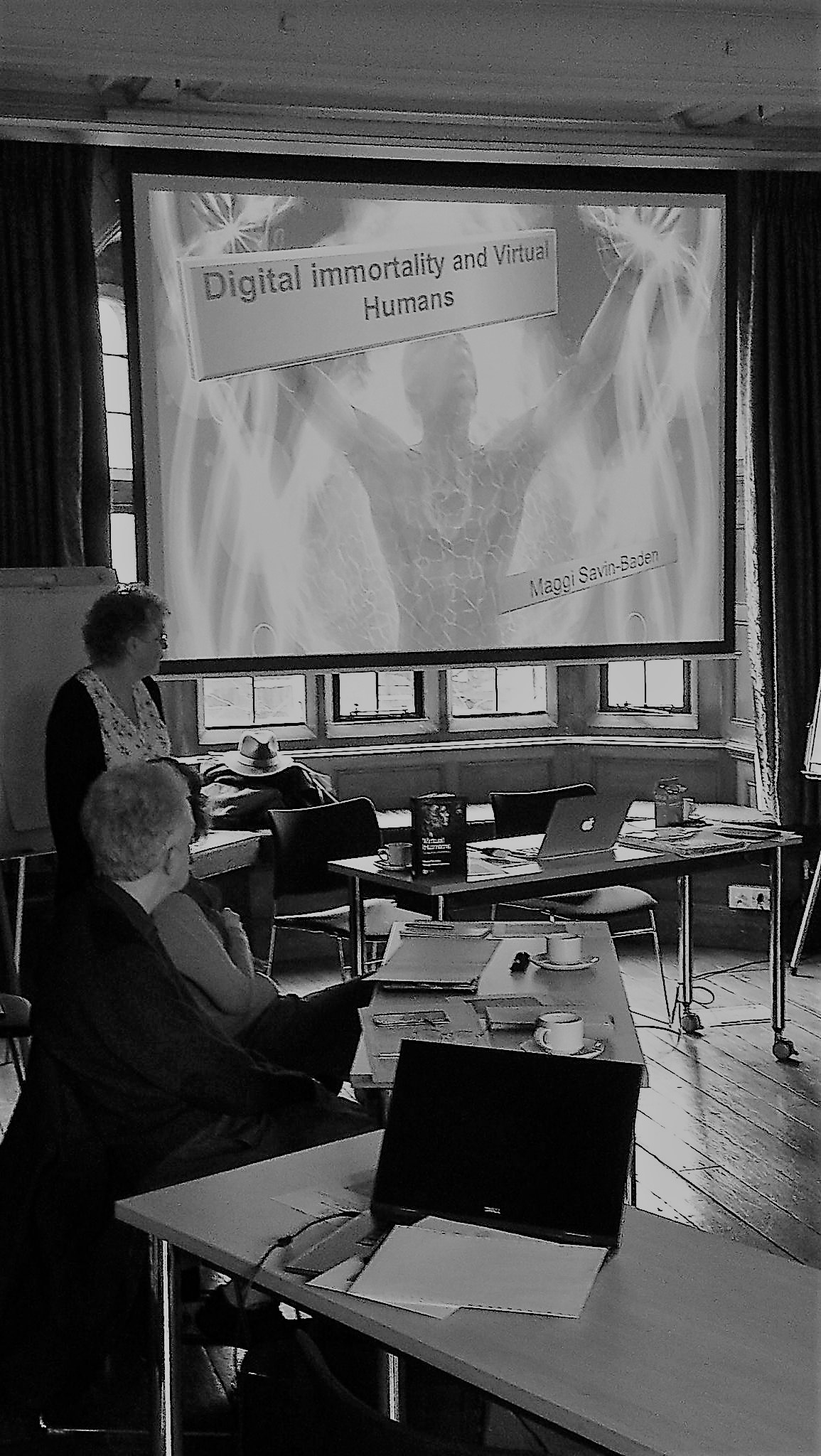