On White Male Privilege in a Racist World 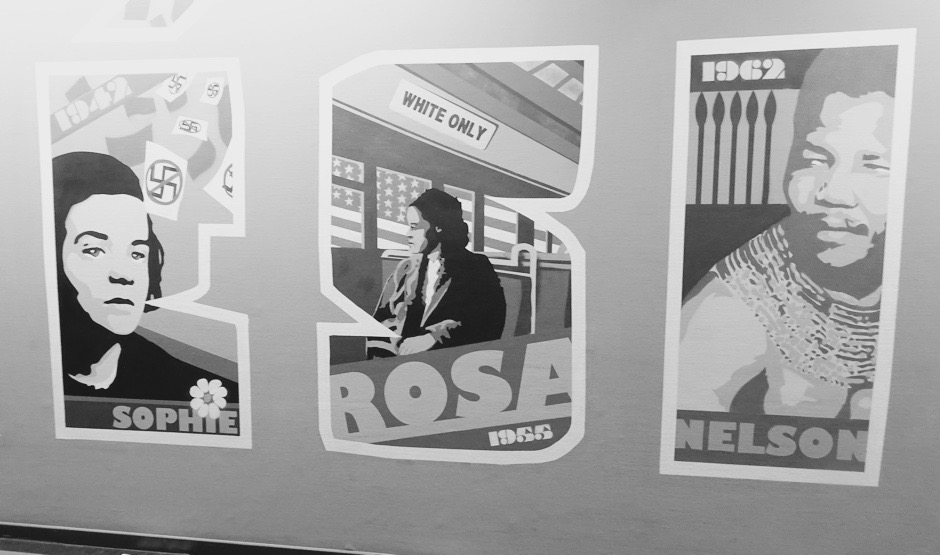 Greg Smith considers white, male privilege and the role of the Church in a world still beset by racial inequality.

Since the recent events in Charlottesville, North Carolina, we have heard widespread condemnation of President Trump and of many of his white evangelical supporters for their failure to condemn and stand up against this revival of ugly racism. In the UK and especially in the churches, reaction has largely been along the lines that “surely we are not as bad as they are.” However, mindful of the gospel story of the tax collector and the Pharisee who went up to the temple to pray Luke 18:9-14 I believe we need to examine ourselves more rigorously. And for me the “we” includes me as a white, ageing, well educated, male who still considers himself an evangelical Christian.

In all the economic and social hierarchies in church and society being Male, White, English, over 50, university (especially Oxbridge) educated, affluent, Christian (ideally Anglican -or possibly secular) and London-based gives a person significant privileges over all others. I score on all these indicators, although it is now fifteen years since I moved from the capital to the North of England. And though for the last forty years I have lived, worked and worshipped in multi-cultural communities and churches, and been an advocate of racial, economic and social justice, I still feel ashamed that so little has been achieved in the struggle against oppression and the legacy of colonialism and slavery, and that people like myself have remained silent when there are signs of the re-emergence of racism in its many forms.

It is true, of course, that there has been some progress over the last forty years. In the UK we now have equalities legislation, significant numbers of black and ethnic minority people have risen to positions of leadership or prominence in politics, business, sports, the media and even in the church. Some of the earlier forms of prejudice, discrimination and representation of minorities are no longer tolerated and racist remarks such as the recent ones by Geoffrey Boycott are publicly challenged, even if they do not always lead to disciplinary action.

There is a strong public narrative especially among younger people in urban areas that Britain is a happily thriving multi-cultural society as evidenced in the recent Fear and Hope survey. Yet there has undoubtedly been a white English backlash, stoked up by some sections of the tabloid press, which is demonstrated at its most extreme in the activities of the English Defence League and in a more nuanced way in the voting patterns on Brexit.  The new racism takes a more cultural form replacing the old binary distinctions between white and black (or “coloured” as it was turned in the vocabulary of the 1960s). It is more complex because of greater diversity that has resulted from globalisation and more recent European immigration. It is further complicated by the multi-layered nature of identity politics, where religion, gender, sexuality and most recently the “somewhere-ness” of a marginalised, post industrial English working class, make competing claims for recognition, equality and justice. It is also true that “othering” takes place across and between these various identities.

Despite all the enquiries and reports, and equality and diversity policies, institutional racism remains in place and life chances in education, employment, income, the criminal justice system, health and housing are significantly higher for white middle and upper class people living in the south of England than for any of the minority ethnic communities. Violent hate crimes are frequent and tend to peak when political events give permission for racist thuggery, verbal and online abuse goes on unchecked and subtle forms of racism expressed in a look, body language or unfavourable customer service are an everyday experience.

But surely things are sweeter within the Christian church where we are all brothers and sisters together in God’s family. It’s true that rabid racist comments or support for the far right are rarely heard from pulpits or even in fellowship times after church. This is probably an improvement over the cold shoulder of fellowship which was experienced by the Windrush generation in the 1960s.  Indeed there are numerous examples of warm relationships and Christian love between believers of different ethnic backgrounds in many local congregations. There is also much commendable work in progress offering a welcome and providing support services for asylum seekers and refugees, where Christians, along with those from other faith communities and none are at the forefront. Church leaders ritually condemn far right activity and the appropriation of Christian vocabulary and symbols by the EDL and occasionally are visible alongside minority faith leaders on the streets in peaceful counter demonstrations.

However it remains the case that in major cities Sunday worship is highly segregated as various ethnic groups tend to sift themselves out according to the homogeneous unit principle beloved by Church Growth theory. In multi-racial congregations (including the one in which I regularly worship) leadership and active lay involvement remains largely with white (male English, middle class) people. Conversations about colonial history in white-led evangelical circles often begin and end with a self congratulatory, virtue signalling narrative around Wilberforce and the abolitionists, plus a mention of the great Christian leadership of Martin Luther King and Desmond Tutu. However, today’s Evangelicals usually leave political activity to more radical Methodist and Catholic colleagues. There remains a danger that like Trump and white evangelical leaders in the USA they will by silence signal a moral equivalence between neo-Nazis and their opponents who refuse to say shalom when there is no shalom. The relationships, communication channels and sense of common identity with white conservative evangelicals in the USA could yet lead to more unwelcome and dangerous scenarios.

* Image from an exhibition in Centre Miroir, Liege, Belgium

Masters of all they Survey? Pollsters and Religion
Rosie Dawson

Does Faith Make you Healthier and Happy?
Greg Smith