At the heart of the proposal set out by John and Adrian was a concern to construct an ethics informed by, but not beholden to, recent developments in the field of “new materialism” (NM). Thanks to the work of many writers in this field, including Donna Haraway, Karen Barad, Vicki Kirby and Manuel DeLanda, a new landscape for thought has been presented. NM offers a critique of the various modernist dualisms that frame our understanding of the world and, in its place, provides an account of human beings as fully material and embedded creatures whose agency is defined in networked relation to other beings. For John and Adrian, this provides a signpost for ethics too, and in particular for the field of digital ethics.

The launch-pad for this was provided by the work of Professor Luciano Floridi, based here in Oxford, who takes forward the democratic ontology proposed within NM and extends it to debates around the “infosphere”. For Floridi, information has an intrinsic value and informational entities have the right to persist (and, indeed, flourish) in their own status. Whilst celebrating information ethics as a field that can potentially lower the condition for the attribution of ethical value to nonhuman beings, itself a key objective for NM, John and Adrian asked some searching questions about this as having the form of a neo-Kantian rights-based and social contract approach. Does such an approach run the risk of re-instituting an essentially rationalistic approach to ethics, one in which the human is once again assigned the status as arbitrator and spokesperson for what is “worthy” of ethical consideration (albeit this time presiding over a greater range of entities than hitherto acknowledged)? What deep motivation for moral action can this incite? And how can we prevent slippage into what Floridi himself calls “virtual materialism”, where the ontological boundary between “online” and “offline” existence becomes blurred?

Taking forward and somewhat inflecting the work of Floridi, John and Adrian proposed a Deleuzian approach to information ethics: one in which the residual concept of a moral individual or subject would be replaced by an interest in the affects, impacts and effects that arise from the imbrication of human beings in a digital world. As John has argued elsewhere, the intense relationality (proximity) characteristic of this Deleuzian approach can be supplemented by what theologians would call apophasis (distance), which might be conceived as opening up a space for productive and responsible human activity without lapsing into a problematic discourse of human exceptionalism or determinism. Might there be a role for a mode of “modest religion” in the formulation of such an information ethics? And, as Adrian went on to explain, how might an ethics based on this idea be extended to other, more material aspects of life, such as food production?

Keep your eyes out for a future Ethical Futures tract based on this work. And you are welcome to contact John or Adrian via the Foundation if you would like to carry on the conversation with them. 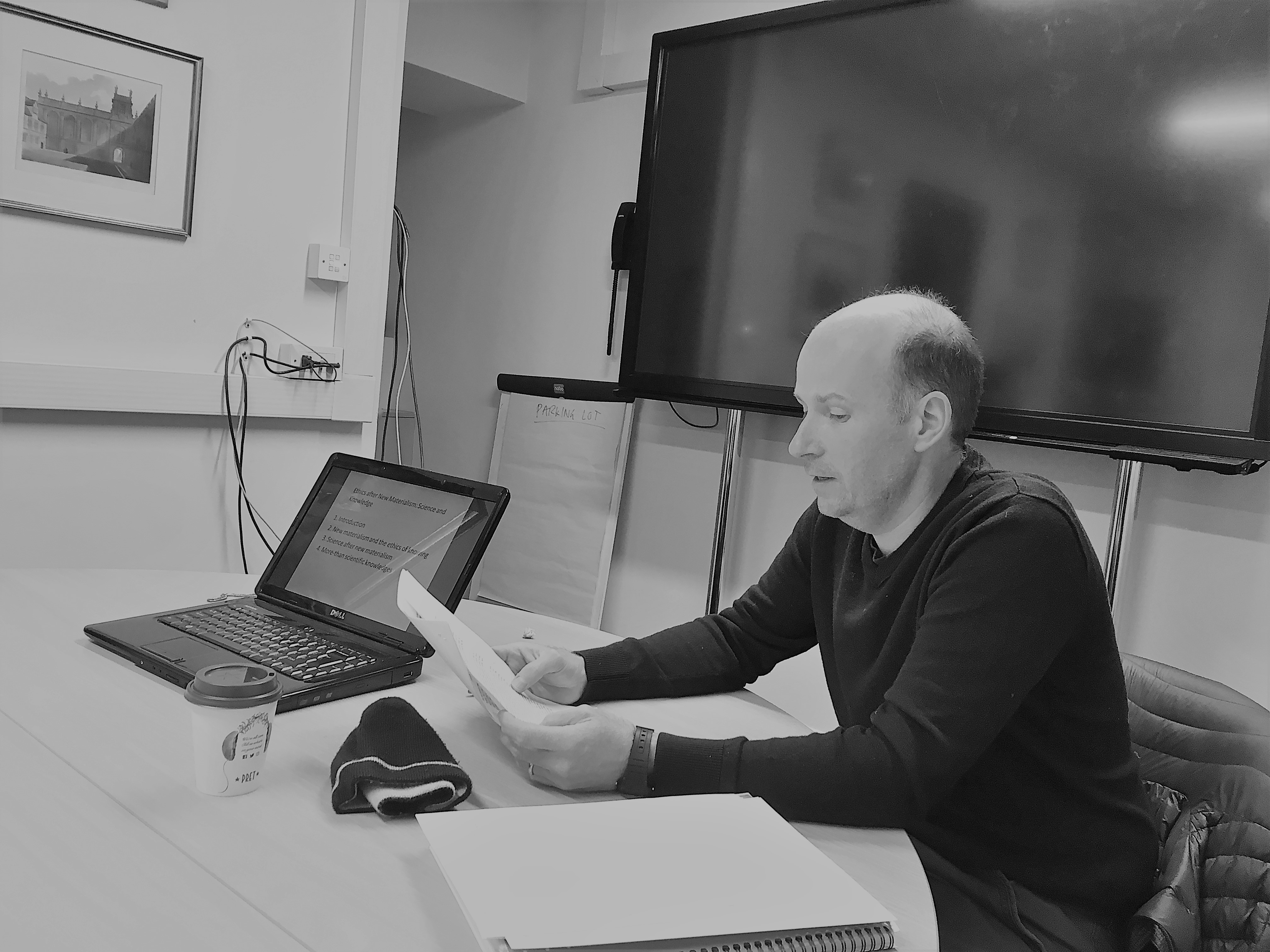