Is Spiritual Anonymity Depriving Us of Addiction Recovery Role Models?

Guest blogger Dr Wendy Dossett is Principal Investigator of the Higher Power Project, a qualitative study of the language used by people in twelve-step recovery, and Director (Research) of the Chester Studies of Addiction, Recovery and Spirituality Group based in the Department of Theology and Religious Studies at the University of Chester.

Recovery from addiction is becoming increasingly visible. In September, International Recovery Month, people dressed in purple, walked communally through city and town centres on several continents, with whistles and banners, holding fêtes and festivals of all kinds, to announce publicly that recovery is a reality in their lives or in the lives of their loved ones. In so doing they celebrated both personal and community achievements, and powerfully challenged stigma.

An international organisation Faces and Voices of Recovery has provided much of the driving force for this ‘out and proud’ mode of recovery, contending that society lacks recovery role models and that, for a variety of reasons, recovery is invisible. Since recovery is understood to be ‘contagious’, this is a serious problem. There is insufficient inspiration culturally available to seek or build it, and people remain trapped in desperate situations without access to escape routes. Furthermore, a lack of public awareness of what recovery is contributes to ongoing stigma.  An American study showed there was almost no difference in the levels of antipathy amongst the general public towards active drug users and people in recovery from drug addictions. The notion ‘once an addict, always an addict’ is the prevailing tabloid script. Yet research indicates that people in long term recovery are twice as likely as the population average to be active in their communities as volunteers, and score more highly than average on most quality of life measures. However, they remain on the receiving end of the kind of discrimination also (equally unfortunately) meted out to their still-using comrades.

It’s clear there are enormous benefits to making recovery visible. During Recovery Month in the UK, Durham Cathedral opened its doors to more than 300 people in recovery for a celebratory communal ‘sleep out’. Its openness meant a great deal to those involved. Tony, a person in recovery from drug and alcohol addictions and convicted of a gun crime during his using days, told me,

I can’t believe the cathedral is letting all us lot in. Overnight! It’s like the cathedral is trying to say to us, you’re ok, you’re not bad people, you’re doing good stuff in your life now. We’re not scared of you, or bothered by you at all. It’s pretty special.

The cathedral event was just one in a proliferating number of community activities, most rooted in the recovery communities and created out of an almost tangible eruption of joy, hope and gratitude. There are recovery football and cycle teams, choirs, dance troupes, outdoor pursuits groups, theatre groups, rock bands, poetry and storytelling events, high-end art installations, amateur creative workshops of many kinds, voluntary litter-picking gangs, and well organised social enterprises that engage people-in-recovery to build ‘dry’ houses for people-in-recovery. Taken together these activities and associated attitudes form what is now recognisably a ‘movement’; a grassroots collective committed to the uplift of people struggling with addictions and other mental health conditions; not with a vertical ‘helper-helped’ dynamic, but in a horizontal ‘let’s do this together’ mode.

Parts of the movement are politically engaged, interested in the mending of a society fragmented by the forces of neo-liberalism and capitalism, which (like its intellectual heroes, Bruce Alexander and John McKnight) it holds largely responsible for the prevalence of addictions. It sees those suffering not as flawed, or weak, but more like ‘canaries in the mine’, early warnings for the rest of society that something is deeply wrong at a systemic level. As well as having a political drive, those within the recovery movement often strongly identify as ‘spiritual’, and the nomenclature of SBNR (spiritual but not religious) seems a natural fit. (For more on recovery spirituality see Kurtz & White, 2015.)

It is perhaps, obvious that prevailing social conditions of judgement and stigma, maybe internalised as shame, are the primary forces keeping recovery invisible. However, key recovery movement figures also implicitly blame the ‘Anonymous Fellowships’ which since their inception in the 1930s have practised what they call ‘spiritual anonymity’.

It is true that it is unusual for members of anonymous fellowships such as AA, comprising millions of people in long term abstinent recovery from different addictions, to publically announce their membership. It is also plausible that this practice has inadvertently contributed to the invisibility of recovery within communities, and thus to the negative consequences against which the Recovery Movement rightly rails. However, when supporters of the Recovery Movement conflate ‘spiritual anonymity’ and ‘secrecy,’  they  fail to appreciate the richness of the practice for individuals, and the value of freely available, financially and ideologically independent fellowships, not associated with particular individuals or recovery ‘gurus’, important though these may be.

Spiritual anonymity means creating a safe space for honest sharing by guarding the privacy of members. If someone publically announces their membership, they may inadvertently compromise other members by association. Spiritual anonymity means that individuals cannot ‘speak for’ their fellowships. There are no ‘leaders’ only ‘servants’ who may serve only for limited periods, thus no individual can hijack the agenda, or have their personal behaviour bring their fellowship into disrepute in the public imagination.  Spiritual anonymity also means not taking credit for one’s own recovery. The twelve step model (albeit controversial) argues that individuals recover through drawing on a power greater than themselves. This is understood variously, and may simply mean an acknowledgement that they couldn’t do it without the help of others. While members of twelve step fellowships are commonly proud of their ‘clean-time’, they will be quick to attribute the source of their achievement to a power other than their own will-power. Consequently, they may find the attention-drawing practises of the visible recovery movement not in keeping with the very humility upon which they believe their recovery depends.

Faces and Voices of Recovery produced a brochure to support those wishing to stand up publically for recovery whilst at the same time practicing spiritual anonymity. Some will inevitably feel the two commitments are mutually exclusive, but our research suggests there are growing numbers consciously and reflexively attempting to practice both. The fellowships themselves often assert that they should be ‘anonymous but not invisible.’ However, the claim from some sections of the wider Recovery Movement that anonymity is about shame and secrecy fails to appreciate that whilst the public sphere can be a realm of liberation, it is also a realm of potential pitfalls dug by ego and complacency. The quiet work undertaken by anonymous fellowships, ‘under the radar’, generation after generation, may be one of the reasons that recovery is the powerful force that it is today.

CSARS Group holds its fourth annual conference with a focus on religion and recovery 2nd – 3rd November 2015 at the University of Chester.

Back to Basics: Corbyn, Faith & Progressive Politics
by Chris Baker

Sounds & Fury: Signs of a New Politics?
by Tina Hearn

Is Capitalism a Religion, or Religion Another Form of Capitalism?
by John Reader 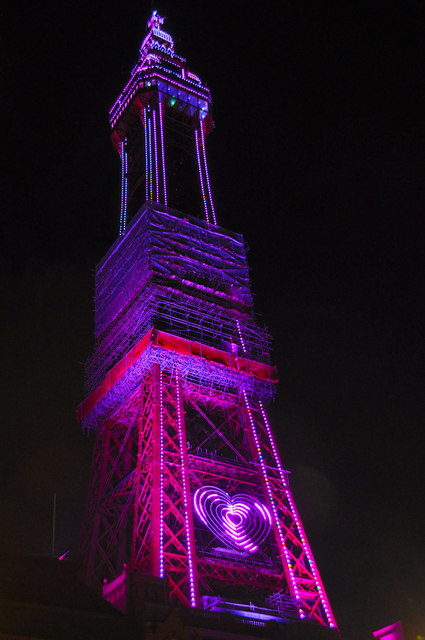