To Become a Leader of Character, You Must Be Ready to Be Uncomfortable

On my last trip to London, I ended up quite by chance staying in the Farmers Club, overlooking the Thames in London. As I tucked myself up and reached into the bedside drawer for my Gideon bible, instead I found a book of poems about farming and the countryside. Being in an Autumn mood, I read it, stopping in particular to re-read Philip Larkin’s poem called The Trees. Here are the first two stanzas:

The trees are coming into leaf
Like something almost being said;
The recent buds relax and spread,
Their greenness is a kind of grief.

Is it that they are born again
And we grow old? No, they die too,
Their yearly trick of looking new
Is written down in rings of grain.

I spent last Friday at Sarum College, in the Cathedral Close in Salisbury. The leaves are turning, and there was a nip in the air. The event was an ESRC seminar on developing ethical leaders. My suspicion is that when we are not ethical, it is either because we lack strength, or because we lack courage. The former is very real for leaders, who are too perennially tired to over-ride a habit, or to fight for time to think things through properly. The latter is about choosing the path of least resistance. So if we want more ethical leaders, we need to address this very precise point of failure.

The session I was there to deliver was about character, which I think is part of the answer. So, with Larkin on my mind, we talked about the knots in the wood that create character. Have you heard this before?

‘We rejoice in our sufferings, knowing that suffering produces endurance, and endurance produces character, and character produces hope, and hope does not disappoint us.’ Romans 5:3-5.

Developing leaders with character is not likely to win you any votes, given that character is so hard won. But do we just need to sit there, suffering, to gain character? Well, yes and no.

I’ve just finished writing a book called Leadersmithing. It’s about the craft of leading, and what templates or apprentice pieces you need to have off pat before you achieve mastery. It sets out an approach to development that is proactive, and is about seeking out the experiences that you need to collect to feel job-ready. I think the acquisition of character is similar. You can start small. In the tradition, apprentice pieces were used to show skill perfectly in miniature, to demonstrate readiness for the big stuff. I look out of my window and I see an old man, my neighbour, bent double with his stick. Every day he is out there, picking up litter. Of course ‘it’s the council’s job’. But it is also ours. Is there something small and virtuous you could start today, that would start inching you towards a more virtuous character?

But acquiring character may also require you to put yourself in the way of uncomfortable experiences. You may have to hone your bravery standing up to people who will not thank you for it. You may need to exercise love towards someone unlovely. And you may need to forgive someone who has caused you great pain. Apart from St Paul, my other authority on character is the movie The Princess Diaries, in which the Crown Prince tells his daughter that: ‘courage is not the absence of fear, but rather the judgement that something is more important than fear.’ There seem to be too many things around at present that are more important than fear. We have a lot of work to do, but it does require leaders to – excuse the phrase – man up. Why don’t they? Because it hurts.

Those knots in the wood are like the grit in the oyster. We marvel in the beauty of our coffee tables and the lustre of our pearls, scarcely stopping to think of the pain which birthed them. The wisdom traditions, and Christianity in particular, have rich resources to help us offer up our sacrifices as a sacrament. In the secular sphere, Peter Frost and Sandra Robinson have written beautifully in Harvard Business Review about Toxic Handlers – those brave souls who bear pain for their organisations. Leaders need to learn how to take hurtful and destructive feedback, because it is the leader’s job to absorb it, and to earth it like a lightning conductor, so that it cannot do any more harm to your organisation. But learning to welcome opportunities to bear pain for your colleagues while protecting yourself from taking it too personally requires both strength and wisdom.

Perhaps we are starting to rediscover the importance of this. In his recent book The Road to Character, David Brooks contrasts the pursuit of ‘resume virtues’ with the pursuit of ‘eulogy virtues.’ He argues that we have been duped into burnishing our CVs when in the final analysis we will be most proud if we have burnished our souls. This may be why it is now so trendy to start MBA programmes by asking participants to write their own eulogy, because inevitably we yearn for a legacy that is to do with generosity or kindness or love, not just career success and material wealth.

The hard fact is that you gain character through hard work. But if you do have a strong character, with supple virtues that are well-honed, you are less likely to cave under pressure and make the wrong decision. This in and of itself is worthwhile. But by seeking out opportunities for virtuous practice, you will also be able to withstand more and greater challenges in the future. This will equip you to overcome your fears, and take your place as one of the very leaders we need to rescue, restore and renew our broken world. 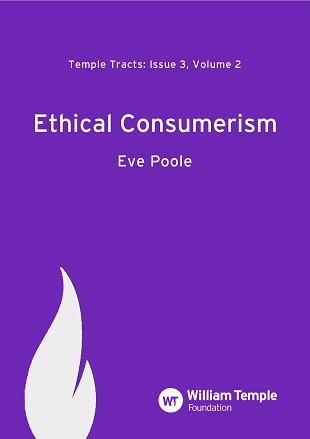 Occupy Five Years On: A Squandered Moment or a Lasting Movement?
by Chris Baker

Let the Little Children Come to Me: Christian Approaches to Foster Care and Adoption
by Ruth Wilde

It Engages and Enrages the Political Agenda, But What on Earth is Religion?
by Greg Smith