It Engages and Enrages the Political Agenda, But What on Earth is Religion?

The following blog post is an edited extract from the newly released e-book, ‘The Seven Pillars of Religion in the Public Sphere (or what on earth is religion?)’ by Greg Smith. Out now!

In the rapidly moving and confusing currents of British political life it is evident that religion is far from a silent elephant in the room. Four out of five contenders in the Conservative Party Leader election that never was, trumpeted their personal Christian commitment. In the election of Sadiq Khan as the first Muslim Mayor of London the dynamics of interfaith relationships were never far from the surface. Meanwhile, accusations of antisemitism have dogged the Labour Party. In the EU referendum campaign Anglican bishops took a public position in favour of “Remain”, although recent polling by Linda Woodhead suggests that people who identified as Church of England disproportionately favoured Brexit.

For a long period, under two Labour Prime Ministers, (both personally grounded in Christian faith) the government did not “do God”. Under David Cameron there was less hesitation in expressing personal (if vague) Christian beliefs and claiming that Britain is a Christian country. Unsurprisingly, such speeches proved controversial, not only with secularists but among Christians, especially as in the case of Cameron’s 2015 Easter message which was interpreted as a pitch for the Christian vote.

As such, it is no longer clear that the UK operates as a secular democracy. It is even less clear what religion actually means in public life. It’s important for the cause of wider religious literacy to clear up some confusions, by offering some definitions.

Spirituality is a personal property linked with the desire or active quest in an individual to connect with the divine, the numinous, the ultimate reality or purpose of life.

Religion in contrast is fundamentally social, what is put into practice by groups of people of faith in institutional or network form. Within religion it is important to distinguish at least seven (often overlapping) manifestations:

We also need to consider whether religion is different from faith. The latter term seems to have caught on in recent years, especially in discourse about religion in the public arena. Perhaps “faith” is seen as less pejorative, more inclusive of non-western traditions, more hopeful, and above all more of an individual lifestyle choice that resonates in a neo-liberal consumer society. In this respect it can be closely associated with the term spirituality. However, it is also used interchangeably with our usage of religion for example, when talking about “world faiths”, “interfaith dialogue”, “faith communities”, and the “faith sector”. Additionally, the term faith can have a deliberate and punning ambiguity when used in titles like “Faith in the City”. I would argue that the word has become almost empty of meaning as it is used mostly as an adjective (in a similar way to “community”) rather like a thin layer of sugar icing on a cake, to gloss over sweetly some tensions and conflicts.

Now let’s briefly consider context and some specific issues. Four main factors seem to account for the re-emergence of religion in the public sphere in the UK.

Within this context, we can see that God makes a difference in the public life today. In many cases, followers of God are inspired by spirituality, and organised into religious institutions to be active in working for various interpretations of the common good. They see themselves as walking in the true tradition of their religion, interpreting and applying ancient sacred writings in today’s world. In one of a handful of Bible verses where the word appears, (pure) religion is defined by the apostle James (1.v27) as to look after orphans and widows in their distress and to keep oneself from being polluted by the world.

In our current global political, economic and environmental crisis, as the state retreats from welfare and the market produces inequalities and oppression there are new opportunities for religious engagement. Often, and especially in such times, these are going to be disturbing or challenging to the status quo of both organised religion and the state. In the Christian tradition (and perhaps in others) such engagement can be expressed in terms of what the late Ken Leech described as subversive orthodoxy, which may lead to a breaking of the body politic in the struggle for justice.

The resonance of this is clear – a broken body is a central motif in the Christian narrative, regularly remembered in rituals of worship, yet out of which new life and hope emerge. 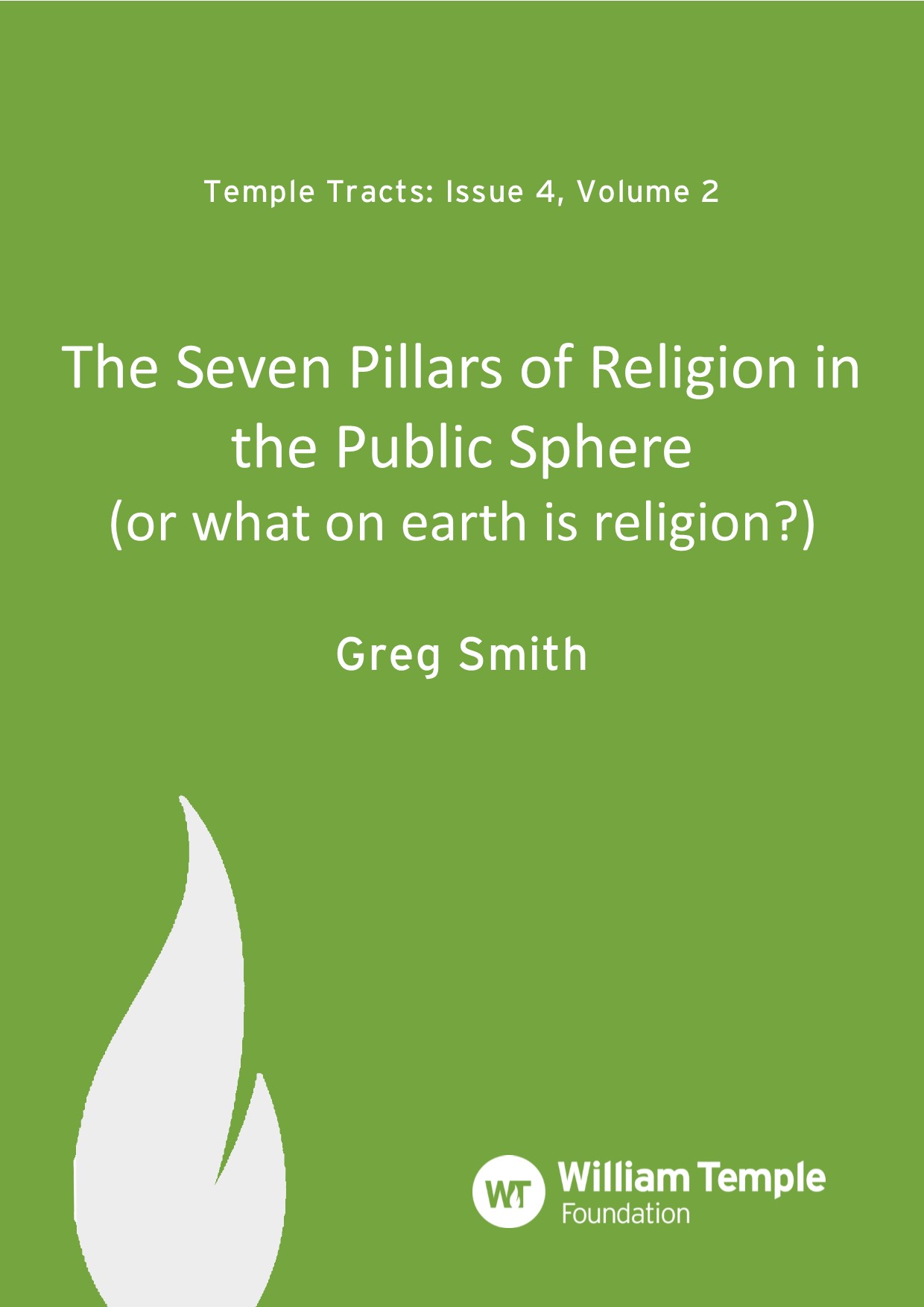 ‘The Seven Pillars of Religion in the Public Sphere’

Get Thee to a Nunnery: Can the Monastic Tradition Help Us to Live Christianly Today?
by Ruth Valerio

Who Will Create the Spaces Where All Voices can be Heard?
by John Reader