Will The Real Trojans Please Stand Up!

As the controversy about certain Birmingham schools continues to rage, along with the spat in cabinet which is in danger of diverting attention from the deeper issues, it is worth asking ourselves, ‘Who are the real Trojans?’ This question was brought to the fore as I watched an interview with local priest Revered Oliver Coss – a governor of one of the schools – on the day that the OFSTED reports were made public. Rev’d Coss appeared to be arguing that the matter should be resolved locally by those aware of and trying to respond appropriately to local constituencies and issues. Further he suggested that equating Islam with extremism and terrorism is dangerous, inaccurate and damaging to relationships within and between communities. Without commenting further on the Birmingham issue, except to say that I find those comments above convincing and legitimate, there is a much wider debate here about control, independence and power within the Academies and Free School movement now sweeping through our education system.

I comment as a trustee of a Diocesan Multi-Academy Trust (MAT) in the Diocese of Oxford set up three years ago to establish an umbrella body for church schools in the Diocese who are not big enough to become stand-alone academies, or who wish to join a larger organisation. What is effectively the founding document of all such trusts is the Scheme of Delegation. As the name suggests, this is the document which sets out the relative responsibilities of the local schools and the central trust. This is hugely important for a number of reasons. The reality is that the buck stops with the trustees on all crucial matters — they are the ones directly accountable to the Department for Education now that Local Authorities have been removed from the picture. So the questions that arise are multiple: how much power and responsibility is delegated to local level? What are the local bodies to be called given that they no longer have the same powers as former Boards of Governors? Without the term “governing” in some way in their title, (thus suggesting they are simply ciphers with no real authority), who will be prepared to give the time and effort to serve on such bodies given that it is already difficult to find such volunteers? If considerable powers are still delegated to local level where and how is the line to be drawn, let alone exercised in practice?

As a matter of principle, and because we believe that local autonomy and responsibility are something we should foster in church schools as we value local community involvement, this particular Diocesan MAT has decided to leave Local Governing Boards with a fair degree of freedom. However, every time it comes to discussing and putting in place such policies as discipline, grievance, capability and anything related to performance of the school and its staff, the tension between the local and the Trust comes back to the fore. If the school begins to fail in any way, it is not the local board who are accountable but the trustees. How much can trustees therefore, afford to trust the local delegates and what powers need to be reserved in order to be able to take control if and when things go wrong?

At the end of the day it is the trustees who will be called to account by Michael Gove – a reassuring thought – not the local governing body or whatever they are called. Therefore whilst the Academy and Free Schools movement is presented as a means to granting and gaining more local control and autonomy for schools, it is in fact a smokescreen for the constant threat of central government intervention. This is surely exactly what is becoming evident in the Birmingham example. In which case, who are the real Trojans here, slipping into the local apparently unnoticed, always at the ready to exercise their true power as and when they see something they find threatening or politically unacceptable? Clearly the Trojans are central government and the Department for Education, themselves running scared of being held to account for any supposed failings further down the system.

The real issue therefore is that of appropriate governance and of the balance of powers between local communities and central authorities now that an intermediate level – itself politically unacceptable and thus to be removed – has been disbanded. Like my colleague Rev’d Coss, I would agree that more should be left to local communities who have a grasp of what is happening and can respond accordingly. But – and this is a huge “but” – this brings its own risks and fears, and one can see why those at the centre would be nervous of this. Who is to be trusted with our schools and the welfare and wellbeing of our young people? The consequence of removing the intermediate level of governance has been to highlight the lack of trust between the remaining levels.

John Reader is an Associate Research Fellow of the William Temple Foundation. 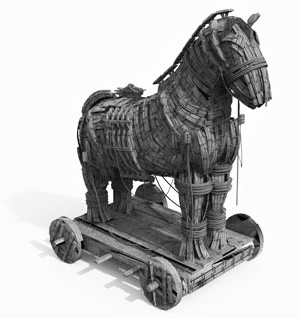