Credit where it’s due…

Far from being a top-down, command-and-control organisation, the Church of England is at its best when it empowers local communities and liberates some of the latent skills which lie, often undiscovered and usually un-tapped, within its greatest resource – its people.

Recently I’ve been working with the Contextual Theology Centre and Church Urban Fund on the development of a Church Credit Champions Network, a simple idea aimed at increasing financial literacy among church congregations in order to help them build capacity in their local Credit Unions. It’s a grass-roots, organic approach to community development, aimed at supporting the community finance sector and promoting the common good. The idea emerged around the desperate lack of access to affordable credit for many people within some of the UK’s most vulnerable communities. And the backdrop is the scale of the problem that has arisen around credit and debt.

In the UK seven million people are currently hooked in to high-cost borrowing. One million people take out a payday loan each month. Levels of personal debt have spiralled beyond what most of us think is healthy or wise in a civilised society. And the human cost of this is felt in increasing ill-health (physical and mental), relationship breakdown, and fractured communities. Something needs to change if we are to flourish.

When the Archbishop of Canterbury intervened on the issue of affordable credit and promised that the Church of England was going to compete Wonga out of business, most people took this as a challenge to the payday lenders. But I have a sneaky suspicion that it’s really throwing down a gauntlet to the church. The Church of England has an unparalleled ‘branch system’, a network of 16,000 church buildings reaching every community up and down this country. Here’s the challenge: how can we harness this extraordinary network to support the community finance sector? How can we mobilise people and resources to back those who want to encourage responsible saving and borrowing?

That’s where the idea of the Church Credit Champions Network came from. We stepped back and said: what would it look like if in every one of our churches we up-skilled the congregation to become more knowledgeable about the way money works in their local economy and neighbourhood? What would it look like if we resourced, trained and supported our congregations to engage with their local credit unions?

There are some very simple wins possible if you do this:

This is not an exhaustive list – but it shows what is possible with a bit of local mobilisation. In East London I’ve begun to see how the development of local champions, supported and trained, can make a real difference in partnership with their local credit union. Imagine what this might look like if it was replicated and scaled up across every parish; that could be some impact.

The emphasis of the Network isn’t to attack the payday lenders; it’s to lend our energy to try and grow a more attractive alternative. Part of the problem is very simple: credit unions are virtually unknown in the UK.  Ask people on the street if they know about credit unions and the research is stark – only 7% say ‘Yes’. This is very different to the situation in Ireland, the USA, or parts of Europe, where you are as likely to put your money in to a credit union as a bank. But here in the UK the credit union sector is below the radar.

One very simple aim of the Network is to increase the general public’s knowledge, understanding and use of credit unions.  A healthy community finance sector is in everybody’s best interests.  It’s clearly important (and vital from the perspective of justice) for those with limited access to mainstream credit, where for lack of realistic alternatives people find themselves propelled through the doors of money shops and payday lenders.

But for those with a more secure set of financial circumstances, there are some good reasons to switch to a credit union as well. To start with there’s the ethics of it – I have always loved the fact that the money in my credit union gets re-cycled around my local community in the East End of London, creating or preserving jobs and benefiting the common good.  That’s a very powerful and attractive thought to people disillusioned by the impersonal and de-humanised way in which the global money markets work.

And there’s another ethical dimension to this as well: if we want to see a flourishing society we have got to tackle the prevalence of high-cost debt. Credit unions can help to do this, but only when there is a critical mass of people taking out higher-value loans with a realistic chance of regular and consistent repayment.

I don’t want to give the impression that joining a credit union is just a form of fluffy benevolence.  For me, it’s provided a really useful source of low-cost credit. A few years ago I was due to fulfil a long-standing ambition and cycle from Land’s End to John O’Groats, and I wanted to buy a proper bike for the journey. It was beyond my budget, but my credit union fixed it for me. The same happened when our telly broke, and a loan was just what we needed to be able to replace it.

The theologian Pastor Helmut Thielicke once said, ‘our cheque books have more to do with heaven and hell than our hymn books’. And it’s certainly true that the Bible has far more to say about money than sex. So I’m on a mission to try and convince Christians and churches that supporting the community finance sector is one of the most significant aspects of Christian mission they can engage in. The Church Credit Champions Network is just a pilot at the moment – in London, Southwark and Liverpool – but I hope that in time it can be rolled out across the country and make a real contribution to the common wealth of our nation.

Posts submitted by guest bloggers may contain views and opinions which do not represent those of the William Temple Foundation. 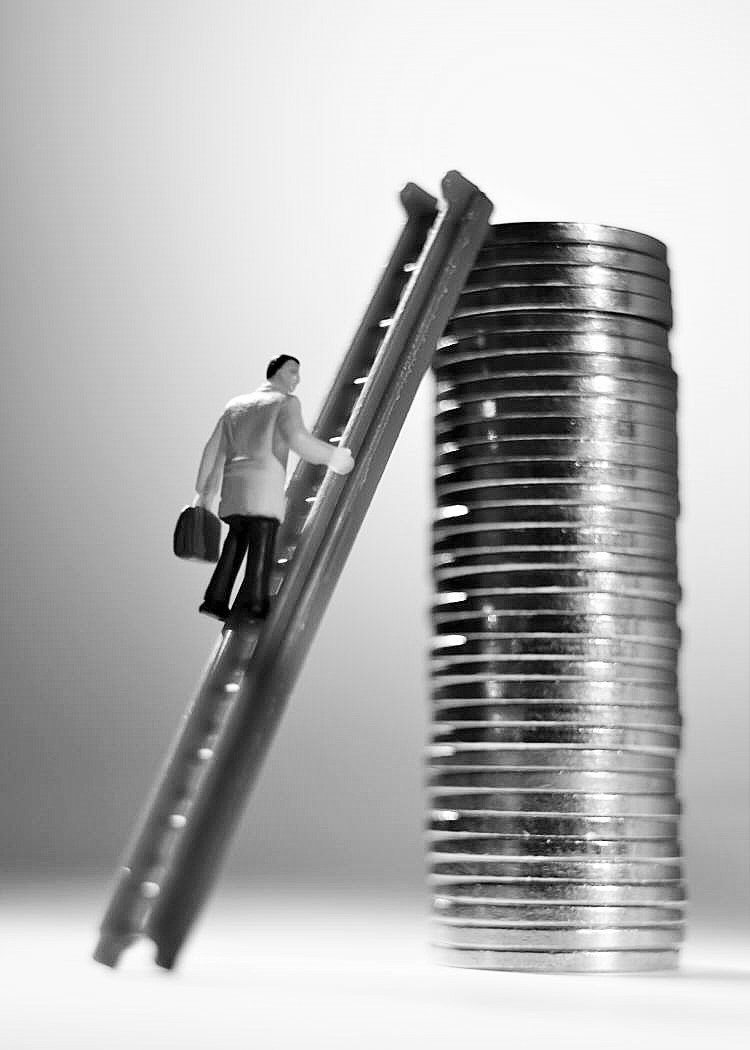