Re-reading the Bible in Public Life

Guest blogger Jo Merrygold is an MA student in Theology and Religious Studies at the University of Leeds. She is Project Assistant for the Community Religions Project (CRP).

When considering the Bible in public life, the focus, according to Peter Phillips, Director of the Centre for Biblical Literacy and Communication, is frequently on the way that, ‘biblical imagery, phraseology, motifs are part and parcel of English speaking social identity and cultural heritage.’

Such undisputed ideas start from an open book, where the words, stories and images emerge from between the ubiquitous black covers. These images, phrases and motifs can then take on lives of their own, appearing far beyond the constraints of religious or scholarly communities. But let’s close the book and take a step back to look afresh at how, where and when the Bible still makes an appearance in public life – and more importantly, what that has to say about the ongoing arguments about literacy and prevalence of biblical allusion.

Like Katie Edwards, who has identified biblical motifs in advertising, hip-hop and throughout popular culture, I am interested in the Bible beyond religious spaces – in my case in Leeds city centre. By considering the object itself, I was interested to know what it said about the presence of religion in public spaces – by asking what access we can have and what we can do with a Bible once we’ve got one.

The first and most obvious answer is that we can buy or borrow copies from retailers or the library. Yet despite the initial interaction being in public, it almost immediately becomes something private; we remove the books from their location and take them into our own private spaces. So that does not give us opportunity to engage with a Bible in a public space. Rather, I wanted to explore the permanent locations for Bibles, and there are three main sites: hotels, courts and museums.  Each offers something valuable to the way in which we see religion in public life, and intersects with discussions about use of the biblical texts.

The hotels hold by far the greatest numbers of Bibles of any business type in the city centre, more than retailers, libraries and other cultural venues. These books, acquired from either central stores or the Gideons charity are, in the main, kept because it is expected. By whom it is expected remained unclear, but most independent and chain hotels do continue to keep them either in rooms or at reception. Even the recent change by Travelodge to remove Bibles from bedrooms has not, according to the Huffington Post, led to their removal from hotels – just their relocation. Yet what is of interest to me is the way in which the use of a Bible in a hotel is accompanied by privacy. It might be temporary and contractually agreed ‘privacy’ but the expectation is that the Bible will be opened and used in private. This is so much the case that one hotel which did not keep Bibles justified their position by saying that they did not trust that the holy texts would be treated with appropriate respect. In this setting, the complexities between public and private come to the fore. In this setting you have neither fully public nor fully private access as each is, sometimes only implicitly controlled.

The control aspect of this comes into greater focus in the courtroom – as does the public use of the book. The courts are the places where the Bibles are visibly used. The archetypal image of a black-bound, leather effect book with embossed metallic words finds new resonance in the courtroom. One supplier indicated that the only requirement for courtroom Bibles is the colour of their cover – black. Translation doesn’t matter, nor does print size or whether Jesus’ words are in red – some of the many choices available from the retailers. It certainly can’t have a pink camouflage or a rainbow cover, nor can it come as a graphic novel (see picture) or in a tin box. Instead, the aesthetics of the outside of a book are paramount. In this setting, it’s not what the Bible says, or how the stories can be told or reinterpreted, but the cultural meaning of the volume that is essential. But then the book is not for reading – it is for being seen, witnessed. It is used to validate something, but the book itself remains inaccessible except for those who must use it. The courtroom Bibles remained out of bounds during my project, as they are part of active courtrooms. I would be fascinated to know what happens when they are no longer used or needed. Do they then become accessible but private texts, rather than inaccessible public ones? Or are they gifted as cultural objects such as those in the museum or in the library’s historical collections?

This last group holds the tension between religion and public life most clearly as they are objects of history and culture at least as much as they are religious works. The two become indistinguishable, yet the filing and records note the external factors such as ownership, historical era and anything else of significance alongside the book itself. During my research, the only Bible on view in Leeds City Museum was to be found in the World War I exhibition, as part of the soldier’s possessions. After their owners cease to use them, they find new life as testament to the past, linking religious practice and texts with the wider context in which that individual exists. It, like each encounter between the Bible and public space in Leeds, continues to show the complexity between control and freedom to use the Bible as desired in both public and private space. But it also reiterates the link between the object itself, and the meanings that object has and carries, as well as linking to the words and stories found within.

This returns me to the ongoing questions about literacy and the Bible in public life. By looking beyond the religious spaces and communities of Leeds city centre, I have identified that the Bible does continue to exist in our public life, as an object. But it is an object which is placed under pressures and controls such as where it can be read, in what acts does it feature and how is it understood in relation to history. These questions are closely linked to those querying the use of the biblical texts or seeking to identify biblical motifs in contemporary life. Yet without people like Katie Edwards looking beyond the constraints of the communities associated with the text, its wider use and resonance would go unacknowledged. Similarly, without continuing to research the role of the Bible as a whole, an object, within, but particularly beyond, the religious communities, we may continue to think that only the ‘biblical imagery, phraseology [and] motifs’ are reflected in contemporary life. In drawing these strands together we can start to ask not only what is known of the Bible (however ‘properly’ that may be understood), but where those outside religious groups and buildings can grapple with the book, inside and out, because as Katie Edwards says, ‘the Bible matters for us all, not only Christians, because the Bible is used in contemporary culture’.

Hear from the UK’s topic thinkers on religion and public life and join the debate: ‘Reclaiming the Public Space’, Monday 10th November, Manchester. Be there! 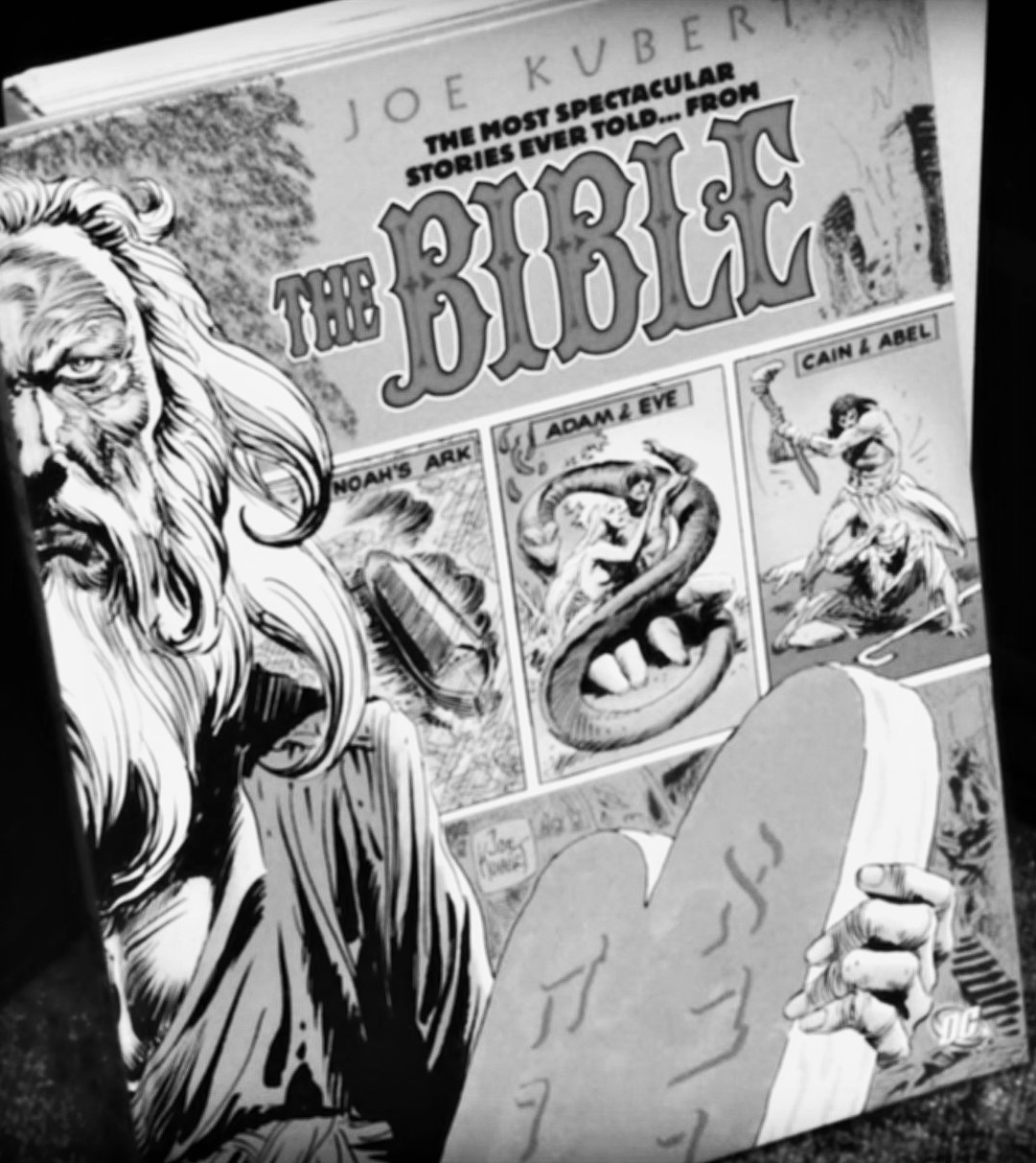