Review of ‘The Age of Surveillance Capitalism’ by Shoshana Zuboff

Associate Research Fellow John Reader reviews ‘The Age of Surveillance Capitalism: The Fight for a Human Future at the New Frontier of Power’ by Shoshana Zuboff, Professor Emerita at Harvard Business School, and wonders if our response ought to be even more radical.

Like Thomas Picketty’s major opus ‘Capital in the Twenty-First Century’ from a few years ago, Zuboff’s book looks destined to become a standard work in this area. Then again, its appearance on bookshelves may not actually mean that it has been read.

Zuboff’s basic argument is that we have entered a new and unprecedented era of Surveillance Capitalism, in which the main technology companies—notably Google, Facebook, Apple and Amazon—have adapted capitalism to suit their own ends. Meanwhile, the rest of us appear to have little or no control. In order to analyse this phenomenon, she develops her own conceptuality. This form of capitalism is a new logic of accumulation based upon the realisation that apparently useless extra data—available from the digital tracking of our movements, desires and behaviour—actually provides a ‘behavioural surplus’, which can then be turned into ‘prediction products’. The technology companies extract this data with little consent or consultation, and we become, not even the product, but the raw material of this process. By this means, companies can reduce levels of uncertainty about our future preferences—be those to do with consumption or politics—and thus shape our behaviour towards guaranteed outcomes. Even though we may be aware of this, most of us seem content to trade our privacy for the supposed benefits of convenience and ease of communication.

Zuboff traces the context of this development back to the War on Terror, which, she suggests, enabled such surveillance to become the norm for security purposes. Today, the same system now plays on the idea that technology entrepreneurs are the heroes of the age. Our own fear of being left out of this brave new world, and our propensity to become addicted to these technologies all add to the success of this new form of capitalism.

What are the limitations of this argument?

First, Zuboff wants to separate the technology from its particular deployments, while still acknowledging that it cannot be separated from politics and society (p.15). For Zuboff, Surveillance Capitalism is not the same as the algorithms it employs. However, I would argue that the relationship between the two is rather more intimate than Zuboff allows for. She suggests that ‘it didn’t have to be this way’, and that the technology could have been developed and integrated into a more benign form of capitalism. But I am not convinced by this. She resorts to notions of human autonomy and the right of the individual to the future tense as sources of opposition, but these are the very understandings that have been so easily subverted and appropriated by this form of capitalism. Instead, we may well need to turn to the more radical concepts of distributed agency and human/non-human assemblages, as found in an alternative philosophical tradition, in order to better understand the phenomenon of Surveillance Capitalism.

Second, I would agree with Zuboff that one of the objectives must be to ‘slow down the action’ in order to enlarge the space for public debate on these issues, but beyond the religiously inflected idea of ‘the right to sanctuary’ she offers little guidance on how this might be achieved (p.62). If we are all now as ‘psychically numbed’ as she supposes, it is hard to see how and where the resistance will emerge (p.78). Her lengthy descriptions of the way that Google and the other technology giants appropriate basic details of our lives, hoover up all the best brains, and guard their freedom to exploit by disguising their intentions beneath terms and conditions that very few of us will ever take the time to read, seems to leave little scope for alternative activity. As she says, where were the civil rights groups or new social movements which would have led the resistance in a previous generation? Even the Obama campaign used and colluded with these technology companies well before the Trump era took this to another level with Cambridge Analytica. If we have either knowingly or unwittingly sold our personal data for a contemporary ‘mess of pottage’, is it not already too late? Her use of B. F. Skinner’s ‘Beyond Freedom and Dignity’ in later chapters is even more depressing, not to mention a strangely dated intervention in the argument when more contemporary sources might have offered a different perspective.

Is the book an important one?

Yes, simply because it is a significant and detailed engagement with the threat of the digital. Yet despite the new conceptuality she develops to analyse Surveillance Capitalism, Zuboff is still operating from within the very paradigm she sets out to challenge. A more radical perspective is available. Anthony Giddens was talking about the surveillance society back in the 1980s, and  Foucault’s ‘disciplinary society’ and Deleuze’s ‘control society’ are both reflected in Michael Hardt and Antonio Negri’s idea of the full spectrum dominance of global capitalism. On whether the threat of the digital is different in kind from earlier forms of technology she is unhelpfully ambivalent. Those of us who believe it is, turn to more radical philosophical resources in order to address the digital as both threat and promise. 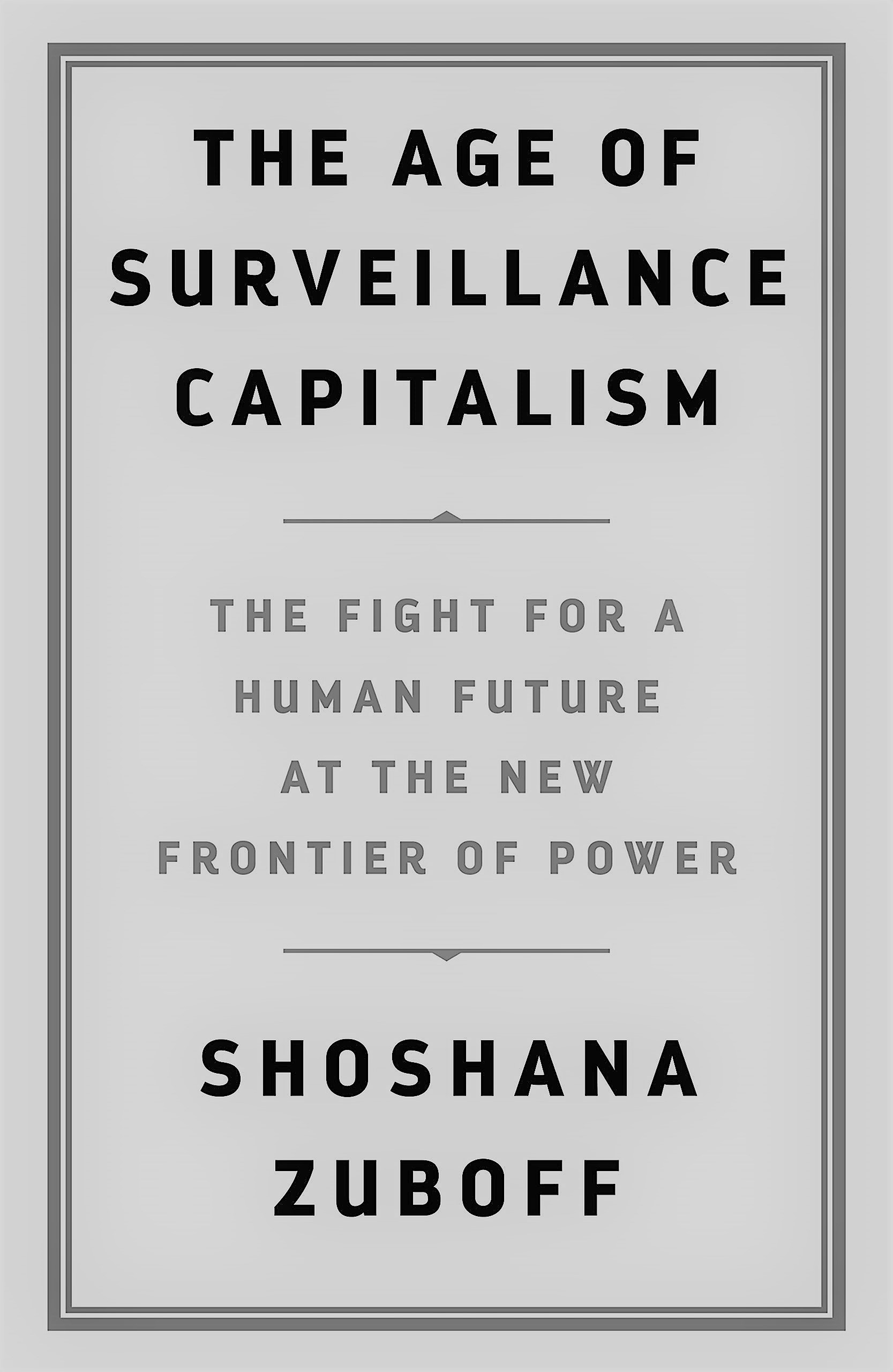