Do not despise the day of small things

William Temple Scholar Gill Reeve encourages us to act out of hope in our turbulent times by taking us to the community garden of St Michael’s in the City, Liverpool.

As the political turbulence in the UK continues with a new Prime Minister and a new cabinet establishing themselves over the coming weeks, we find ourselves at yet another moment of significant change and uncertainty. But with Parliament about to start its summer recess, many of the urgent issues facing our country remain in the long grass: the environmental crisis, pressures on social care and the green paper that is now over two years adrift, and the struggling NHS which is being increasingly privatised—with a record £9.2bn handed to profit-driven healthcare companies last year (an increase of 14% since 2014-15). With Brexit still looming, the political inertia which is hampering action on so many critical issues for local communities seems set to last much longer. Added to all this, recent weeks have seen politics hit a particular low point with Donald Trump’s malign, racist comments about other elected politicians and the ‘send her back’ chant at his rally, by people he later described as ‘incredible patriots’. In the UK, as well, the political environment has been aggressive and toxic, with the recent resignation of the Labour shadow justice minister Ms De Piero, who talked of receiving ‘grim’ online abuse, and the court case regarding Anna Soubry who was harassed and called ‘scum’, ‘Nazi’ and ‘traitor’.

It is difficult to know how to respond in such a difficult climate. Whilst it might feel like a drop in the ocean, perhaps one thing we can all do is redouble our commitment to the values of solidarity, unity and respect, through the small actions we do each day. It is easy to scoff at that, and to believe that such small actions do not amount to much. But there is a Christian hope embedded in the exhortation to ‘not despise the day of small things’ (Zechariah 4:10). In the biblical context, this line refers to the rebuilding of the second temple following the exile, and the leap of faith and the prophetic imagination that was needed in starting to lay the foundations for such an enormous project.

In my work as a curate in Liverpool Diocese I have recently had the privilege of working with a small group of people to transform St Michaels’s in the City—a small church that was close to closure—into a community space with community gardens and an allotment. There was little budget, few people and a wilderness to tame; it was a daunting task even though it was a comparatively small project. The church teamed up with Faiths4Change, a local charity committed to the health and wellbeing of people and the environment, and this partnership has been central throughout the work. Gradually, over the months, a small team of people became committed to the project. On Saturday 20th July, less than a year after conversations started, the gardens were officially opened and a new future now lies ahead. We still have a long way to go, but this project has often reminded me ‘not to despise the day of small things’. Not only have we transformed the physical space, but along the way we have begun to build a small community that has grown together as they have worked together. 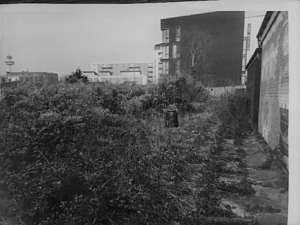 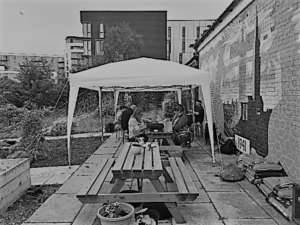 In Manchester, in 2013, I heard Jurgen Moltmann lecture on the theology of hope, and it had such a profound impact on me at the time that I made copious notes. He talked about a deeply practical hope that is always ready for a new start; a persistent, confident hope that remains unreconciled in the face of injustice. It is not hope based on an idealistic dream but one rooted in praxis and a determination to see a better world. Such hope demands great temerity because starting again when things have fallen apart often means stretching out for a future that cannot be seen, and then working for small gains and celebrating small steps. It is a hope that kindles the imagination because ‘it awakens our sense of potentiality’ (Moltmann, 2012, p.3). It is rooted in the present but stretches forward into the future, because ‘if our actions were only related to the future we should fall victim to utopia, [and] if they were related only to the present we should miss our chances’ (Moltmann, 2012, p.3).

Moltmann concluded his talk by saying: ‘for as long as I have breath, I hope’. On my way into our community garden this week I passed by a Turkish lady I had never met before. She had very little English but she greeted me with a warm embrace that bridged our language barrier. It was a very small act, but let us not despise the day of small things, because they are the foundations for a much bigger vision. And they enact a prophetic hope for a better world.

Flexible and audacious hope in a tumultuous world by Chris Baker 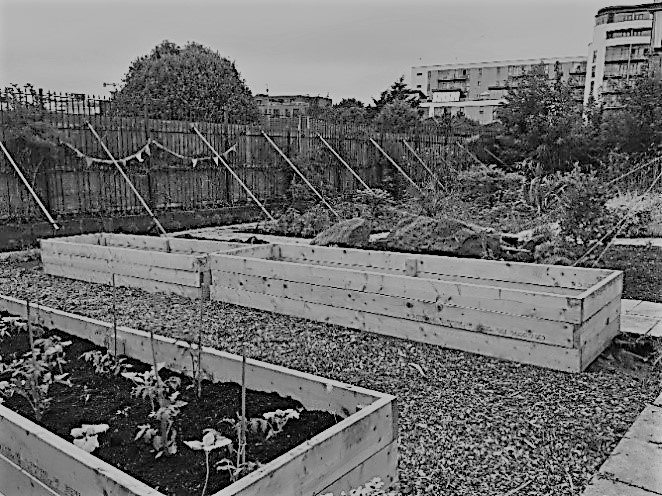