Professor John Loughlin, Fellow of Blackfriars Hall in Oxford and member of the Las Casas Institute, reflects on what our current crisis reveals about our attitudes to human dignity.

The current pandemic is illuminating because it confirms a Christian understanding of human dignity: that all human life is sacred, and that a vast effort of the wider community is needed to protect the vulnerable. The Christian understanding of the human condition is that we are made ‘in the image and likeness of God’ but that we are also somehow ‘flawed’ in our humanity. We are marked by both ‘glory’ and ‘wretchedness’.

In recent weeks, we have seen examples of this wretchedness, such as businesses trying to make profits out of selling medical equipment or criminals preying on the elderly and vulnerable by seeking entry into their homes or through internet scams. It is also, however, encouraging to witness the altruism which has sprung up around the country. Millions of people have offered their time and energy to help each other in combating the disease, even putting their own lives at risk. We voluntarily limit our precious freedoms for the common good. There is a paradox here: ‘social distancing’ actually illustrates our mutual interdependence and concern for each other. The ‘glory’ of humanity can also be seen in our use of reason and scientific ingenuity to defeat the virus. Hopefully, this experience will allow us to reflect more deeply on the meaning of our lives here on earth and to draw on the ancient wisdom that makes us so special as a species.

In 2019, I published an edited book entitled Human Dignity in the Judaeo-Christian Tradition: Catholic, Orthodox, Anglican and Protestant Perspectives. The book originated well before the outbreak of COVID-19 as a series of lectures held at the Las Casas Institute at Blackfriars Hall in Oxford as part of its research programme on human dignity, but its contents do explore the meaning of human dignity understood as both ‘glory’ and ‘wretchedness’.

The lectures and book aimed to contribute to a contemporary debate on the meaning of human dignity by showing the depth, breadth and richness of the Christian understanding of the term. This is rooted in the notion that human beings are created in the ‘image and likeness of God’ (Genesis 1: 27) and that every single human being has been redeemed by Christ. Early Christian thinkers confronting the Greco-Roman world began to interpret this, using insights from Greek and Roman philosophy, especially Cicero’s understanding that human beings are special because of their capacity to reason. The book shows how the splendours of Christian philosophy and literature from St Augustine to St Thomas Aquinas, art and architecture from Gothic cathedrals to the paintings of Michelangelo, sacred music from Palestrina to James MacMillan, and the ethical foundations of modern human rights, were all built on this conception of human dignity. Perhaps the most important insight that the Christian concept has given to humanity is that every single human being, whatever their mental or physical condition, possesses an intrinsic dignity that cannot be taken away. Far from being a facile optimism, however, Christianity also points to basic flaws in humanity, traditionally understood as ‘original sin’. We are also capable of the most appalling cruelties and degradations of human dignity.

The main rivals to this Judaeo-Christian understanding of human dignity are secular theories that stem from the philosopher Immanuel Kant, which sees human dignity as simply meaning personal autonomy. The followers of Kant argue that an individual’s life (including their bodily parts) is his or her ‘private’ property and they have an absolute right to dispose of it as they see fit. Many Christians also see ‘autonomy’ as part of human dignity, but they understand this autonomy as ‘relational’ and to be exercised in community. I am not simply an isolated individual exercising my freedom providing it does not interfere with the freedom of others. Rather, my autonomy must take into account the common good of the wider community. My ‘private’ actions—smoking, engaging in sexual relations, committing suicide—are not really ‘private’ but impact on the wider society. And it is this relational understanding of autonomy that is primarily on display in the current pandemic.

In this blog, I have only spoken of the Judaeo-Christian understanding of human dignity but I recognise that other faiths and philosophical traditions hold similar views. Indeed, a large proportion of NHS workers, including those who have lost their lives, are from non-Christian backgrounds including Muslims, Sikhs and Jews, as well as many with no religion.

One of the positive aspects of the crisis is that it has brought to an abrupt halt, or at least slowed down, the hectic pace at which we live our lives in the 21st century. This gives us time to think and to reflect on what we hold dear in our lives—what it is that give us dignity and meaning. The global reach of the virus and the reactions to it across the world show that we are indeed a single species united by a common humanity and not simply individuals lost in a meaningless world. We belong to each other and need each other to survive. We are also a species marked by intelligence and freedom. We can work together, using our reason to combat the disease. But we are also free, not to do anything we like, but to make a choice between furthering the common good or retreating from the effort. Thankfully, the majority of nations, peoples and individuals seem to be opting for the first of these choices. 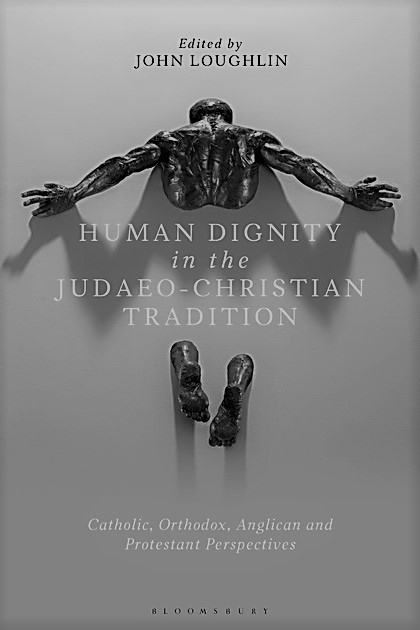