As Extinction Rebellion reaches its first birthday, it seems at a loss for what to do next. But, Matt Stemp suggests, if he is learning anything from his research, it is that it is okay to lose our way.

PhD students often joke to each other that they are suffering from “impostor syndrome”. I must confess that I have never been able to identify. Bluntly, being a white, straight, middle-class, Oxbridge-educated man does not allow me to feel like an impostor at a British university. Quite the opposite: far from feeling out of place, my vast collection of privileges is all I have ever needed to feel like I am a real academic. The only times I have felt like an impostor were when I laughed along at the jokes in the first place.

As Nathalie Olah points out in a recent piece in the Guardian, by psychologising feelings of inadequacy, being underqualified and undeserving, talk of “impostor syndrome” obscures the structural problems that generate those feelings. She writes:

“What far-reaching and harmful message are we sending out when we paint the natural reaction of working-class and marginalised people as evidence of some kind of “syndrome”? Some will say it’s only a word, not a medical diagnosis, but it represents an attempt to individualise a structural issue, and to place the burden of responsibility at the door of the undervalued, or excluded. This only adds to the list of things that working-class and marginalised people already have to contend with in the continuing struggle to achieve any kind of self-esteem.”

PhD theses typically go through many iterations before finally getting to the heart of the matter in hand. The first version of my PhD thesis, in which I was absolutely confident from the start, made precisely the same mistake of individualising and pathologising the climate crisis. My interpretation of the inaction around climate, drawing on a simplistic reading of research in ecopsychology and other related fields, was that people find it almost impossible to accept the urgency and scale of climate change for the same reasons it is difficult to accept our own mortality. I thought (half-correctly) that the rise in eco-anxiety, which has lately become widely reported in the mainstream media, is a symptom of a broader anxiety about death (leading to a rather too obvious Nietzschean critique about the world-denying role of religion).

As PhD students we also often talk about how it is impossible to disentangle our personal and academic lives. For me, it was only events in my personal life that stopped me writing what would otherwise have been a terrible PhD. (It may still end up being terrible, but at least not for the same reasons.) Over the summer of 2018, my marriage, faith and religious vocation all fell apart. The proverb is true: a three-stranded cord is not easily broken; but with difficulty and time, it can be unravelled until there is no cord at all. By a fortunate coincidence, during the 6 month break from research that followed, the (white, middle-class) world seemed to be waking up to its own existential crisis around climate breakdown. The IPCC published its devastating report on the difference between the impacts of 1.5°C and 2°C of global heating. Seemingly overnight, the new climate activism emerged and became a major voice in public discourse. So much for my thesis on inaction; now the challenge was to interpret why people (including those who identify as religious or spiritual) were mobilising around climate in this new way.

Extinction Rebellion (XR) came along as the perfect solution to my individual loss of identity and my need for a new object of research. On October 31st 2018, around 1000 people gathered outside Parliament Square to read out a Declaration of Rebellion. Intrigued by news articles about this strange new movement, I went along, initially sceptical. “This is our darkest hour,” we all announced, addressing the government. “We refuse to bequeath a dying planet to future generations by failing to act now. We act in peace, with ferocious love of these lands in our hearts. We act on behalf of life.” Many of us were moved to tears. In an unplanned act of disobedience, we all walked into the road alongside the Palace of Westminster, and sat down. We were breaking the law. It was invigorating and empowering, the way children feel when they are naughtily breaking school rules. Then, as people made speeches, sang songs and even read liturgies on the road, there was a sense of spirituality and community I had not felt since being a church-going believer. Many other rebels, as we have now come to call ourselves, have told me that they have come to feel a similar way. It has become a new cultural home for us, a new aspect to our identities.

Now only a year old, XR has had to mature very quickly—too quickly—into a fully-fledged social movement of hundreds of thousands of people. The movement is already showing signs of deep strain, exhaustion and loss, despite its infancy. The rebellion in April that gave XR extraordinary media coverage is remembered by rebels as a celebration of freedom and solidarity. The pink boat on Oxford Circus, the trees on Waterloo Bridge and the car-free roads around Westminster stand as symbols of how the movement created and inhabited a joyous, liberated public space (at least for those who felt safe to be there). The latest rebellion in October was a very different story. Learning from XR’s previous tactics, the police arrived en masse to clear every one of the twelve protest sites, targeting the infrastructure that made April’s symbolic takeover of central London possible. Twice as many rebels were arrested, but with less to show for it, the spectacle of mass arrests no longer being the newsworthy novelty it was before. Instead, XR became the target of intense critique: unfounded and utterly illogical ridicule came from the right-wing press (no surprise there); accurate and completely justified analysis came from the progressive climate justice movement for XR’s failure to listen to earlier criticism about race and class. Now XR finds itself in its own darkest hour, unsure what to do next, if anything at all.

During my own recent dark nights of the soul, I have often turned to Rebecca Solnit’s exquisite book A Field Guide to Getting Lost. Rebels and XR as a whole, I think, could learn from her wisdom about how being lost and uncertain about the future need not be the end of the story. Describing loss of identity poignantly, she writes:

“Sometimes an old photograph, an old friend, an old letter will remind you that you are not who you once were, for the person who dwelt among them, valued this, chose that, wrote thus, no longer exists. Without noticing it you have traversed a great distance; the strange has become familiar and the familiar if not strange at least awkward or uncomfortable, an outgrown garment.”

Now in this season of autumnal reflection, rebels like me are looking back with melancholy at old pictures of XR: that first feeling of rebelliousness, the excitement of starting a new movement, the pink boat. But at the same time, it is impossible to return to life as we previously knew it. As Robert Brulle and Kari Marie Norgaard explain in a profound academic article, the trauma that climate breakdown brings is not (merely) individual, but cultural. The neoliberal social order (that serves privileged people like me so well) resists action on climate with all its colonial might, because to do otherwise would be to accept a cultural trauma it cannot bear. Rebels in XR have largely accepted that the status quo must come to an end if climate breakdown is to be addressed; but those of us who are still invested in the reigning social order have not yet fully faced the cultural trauma as we must, accepting the loss of privileged identity that would necessarily come with it. We are still wearing outgrown garments, just in a slightly more rebellious style.

Rumours are already circulating about a next big rebellion in April 2020, even protests as soon as Christmas. To continue acting without giving time for rebels to deeply reflect on XR’s successes and failures would be a huge, potentially movement-ending mistake. It is time for us in XR to give up the pretence that we really know what we are doing, that any of this was planned or expected, that there is a sure and certain route forwards. It is time for XR to realise that it has stumbled into unknown territory—unknown at least to those of us who have not yet fully understood how deeply our identities are wedded to the contemporary culture, the culture that is ultimately killing us. It is time for privileged rebels to learn that climate breakdown is not the only existential crisis human beings have ever faced. It is time to accept with humility that XR is lost—and that getting lost is the only way for our young and naïve movement to learn and grow. As Rebecca Solnit says:

“Never to get lost is not to live, not to know how to get lost brings you to destruction, and somewhere in the terra incognita in between lies a life of discovery.”

It was in my own terra incognita that I discovered something new, unexpected, beautiful and life-giving; there is no reason why lost rebels cannot do the same. 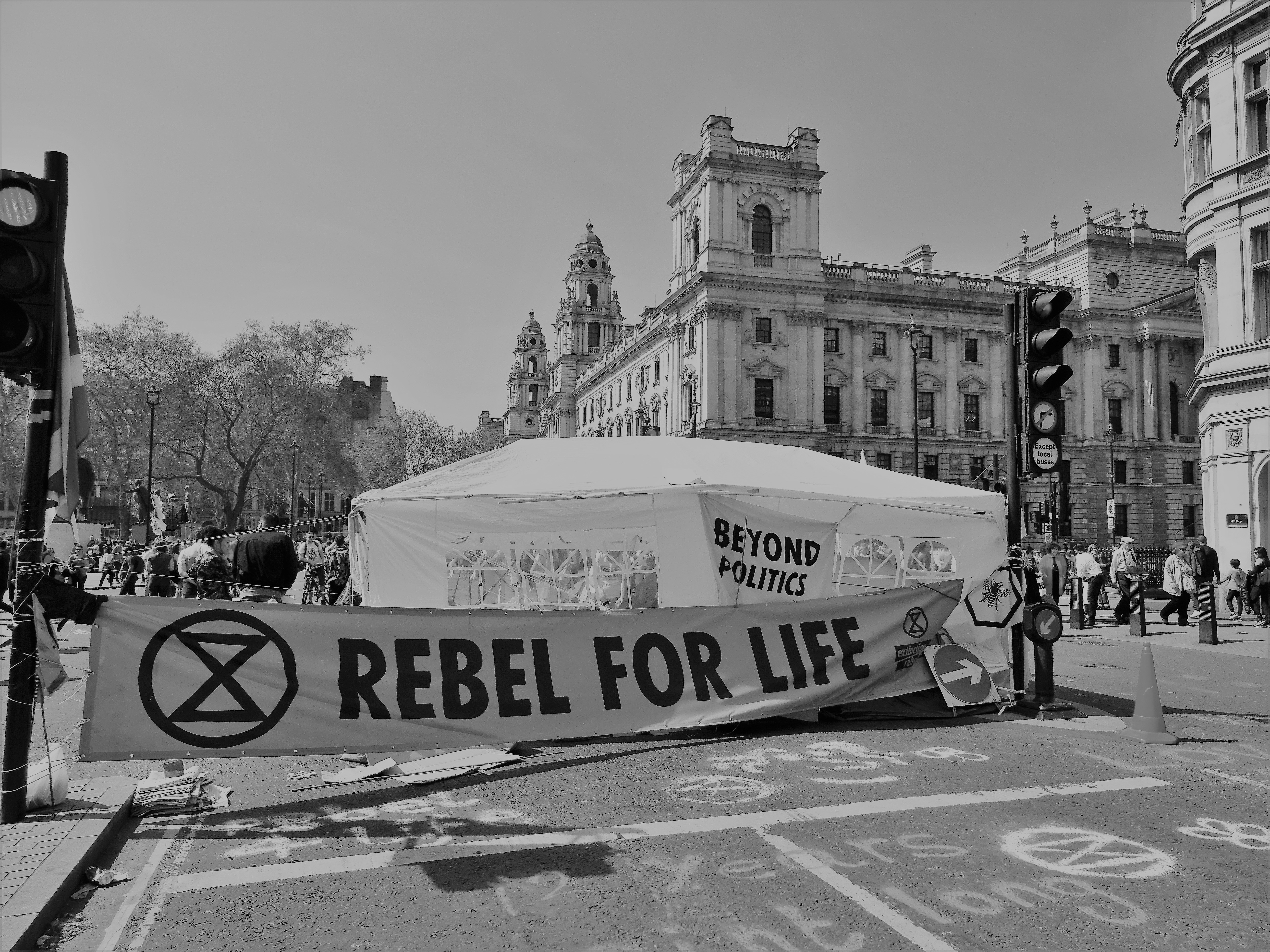 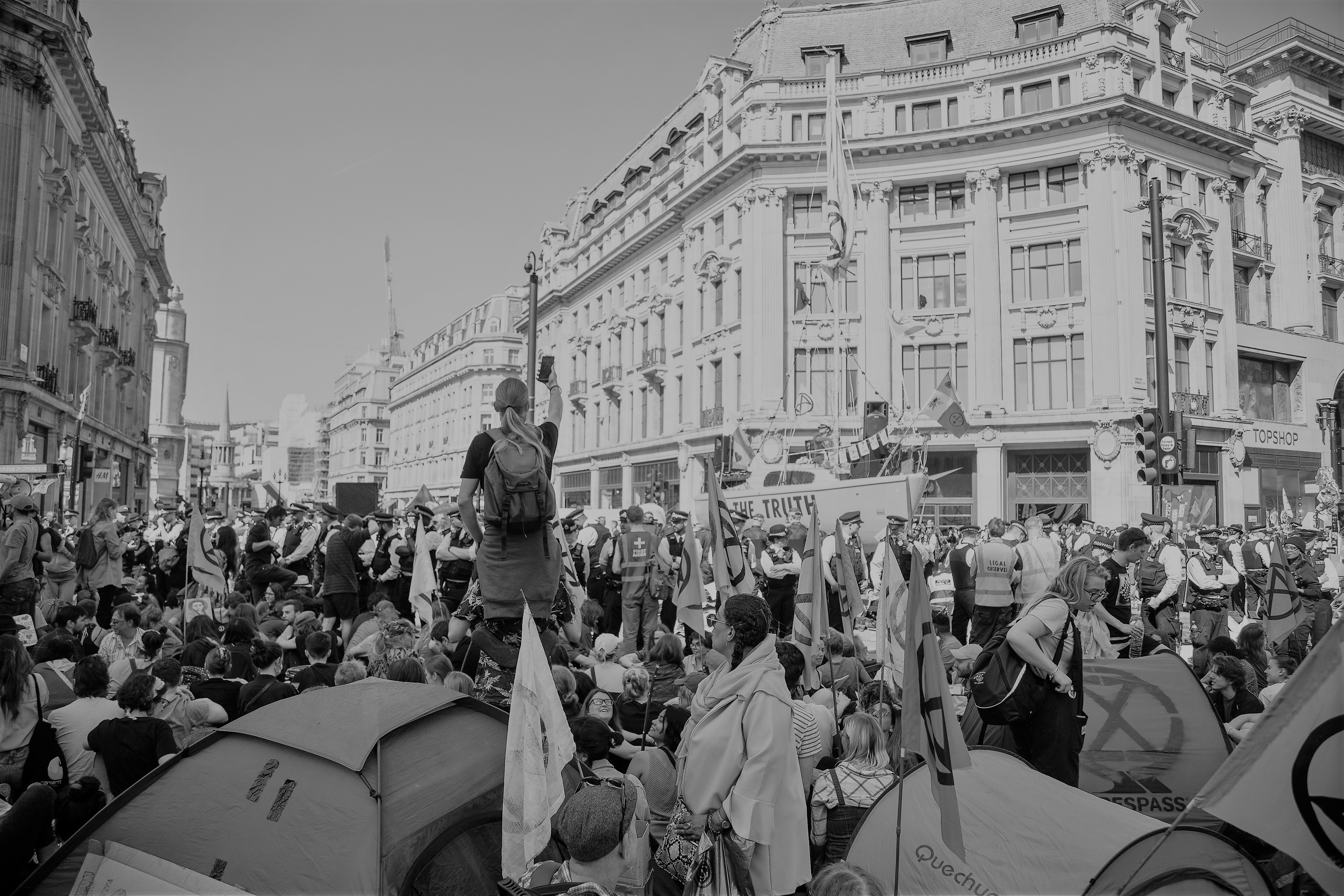