Review of ‘Love in Action’ by Simon Cuff

Had I written this post before 12 December 2019, it would have been a very different review. It would perhaps have been a reflection on interest in Catholic Social Teaching (CST) from outside the Catholic Church and how this pushes the boundaries of theology and doctrine further. It was, however, with a sense of hopelessness and dejection that I returned to this book in the week after the UK general election with a renewed understanding of Cuff’s work as a CST manual. And it was with this in mind that I re-read it, viewing it as an activist rather than as an academic whose entire career has focussed on exploring CST in context. My conclusion was that Love in Action is a strong introduction for those coming to CST for the first time, translating some of its more ‘Catholic’ elements very deftly for an audience wanting to use its teachings in everyday life. Cuff does a good job of explaining sometimes difficult concepts such as subsidiarity—the idea that each person has the right to shape their own destiny rather than being subject to external forces—and the common good into an accessible form that I could see parishes being able to use in study groups. I was also pleased to see that Cuff chose to keep the language of solidarity—the teaching that we are compelled to take account of the impact of our actions upon others—and explain it fully, rather than change it to something like community and participation with a resulting loss of meaning.

By writing this book, Cuff alludes to the foundational element of CST: that through his death on the cross, Jesus holds us all responsible for the creation of a society made in the image and likeness of his teachings, not just those appointed as our spiritual leaders. Therefore, we all bear a responsibility for changing society, and, as St Paul teaches in his first letter to the Corinthians, we have all been given different gifts so that we might work together to create the conditions necessary for human flourishing. Nonetheless, the Bible was written for a particular context and time. Christians can’t go to it expecting a fully developed roadmap to lead us out of the current situation. Instead, we must, as both the Old and New Testaments teach (and the Second Vatican Council reminded us), ‘read the signs of the times’ in order to create the kingdom within our particular context. But, as most of us are not biblical scholars, we need help and guidance to undertake this task. And, rightly or wrongly, the responsibility for this in the UK has in the last 20 years fallen to Catholic Social Teaching in spite of a very rich tradition of Christian social ethics emerging from within the Anglican and Dissenting traditions. Much of this is the result of the accessibility of CST. CST is also practically constructed through a dialogue with context; it is a lived and ongoing experience in which people read the signs of the times to determine the best course of action—an element which Cuff does not place enough emphasis on.

Love in Action follows this pattern, commencing by listing the ‘canon’ of CST from Leo XIII’s 1891 Rerum Novarum to Francis’s 2015 Laudato Si’. Such an introduction is adequate, but it would have been even more useful for the intended audience if Cuff had used the space to explain how CST is developed and the other means by which it is promulgated, such as the yearly messages on matters including peace, food, the poor, and refugees and migrants, which allow the laity, and theologians and ethicists, to work within their own particular context. These yearly messages are, on the whole, more accessible and generally reflect current thinking within the Church. In other words, CST is not static but in constant conversation with the Bible, the poor, the vulnerable, the marginalised, and practitioners and academics producing the research necessary for the signs of the times to be determined.

The penultimate chapter, ‘See, Judge, Act’, is in some ways the most interesting for me as a Catholic theologian as I was able to discern how someone who is not Catholic but who is enthusiastic about CST sees its use with society. Nevertheless, whilst examples such as the abolition of payday loans are interesting, they somehow miss the point. CST is a lived experience, indeed an empowering one. It is not about massive campaigns (although these are important and can change lives) or community organising; it is about the life-long work for peace of women like Pat Gaffney and Marie Dennis, through Pax Christi for example. One cannot just read a book and spring into action to change the world. Through the Magisterium we are given guidelines which must be prayerfully reflected upon in a spirit of service. It is only then that such dry documents can be brought to life and filled with the joy of the gospel. Only then will we be given the humility and grace required to challenge a damaging status quo and determine what normal should look like in the kingdom of God on earth.

Cuff’s book, therefore, is a useful introduction to CST for every church and a resource which is very much needed as Christians seek to find solutions to the massive problems facing society and their local communities. 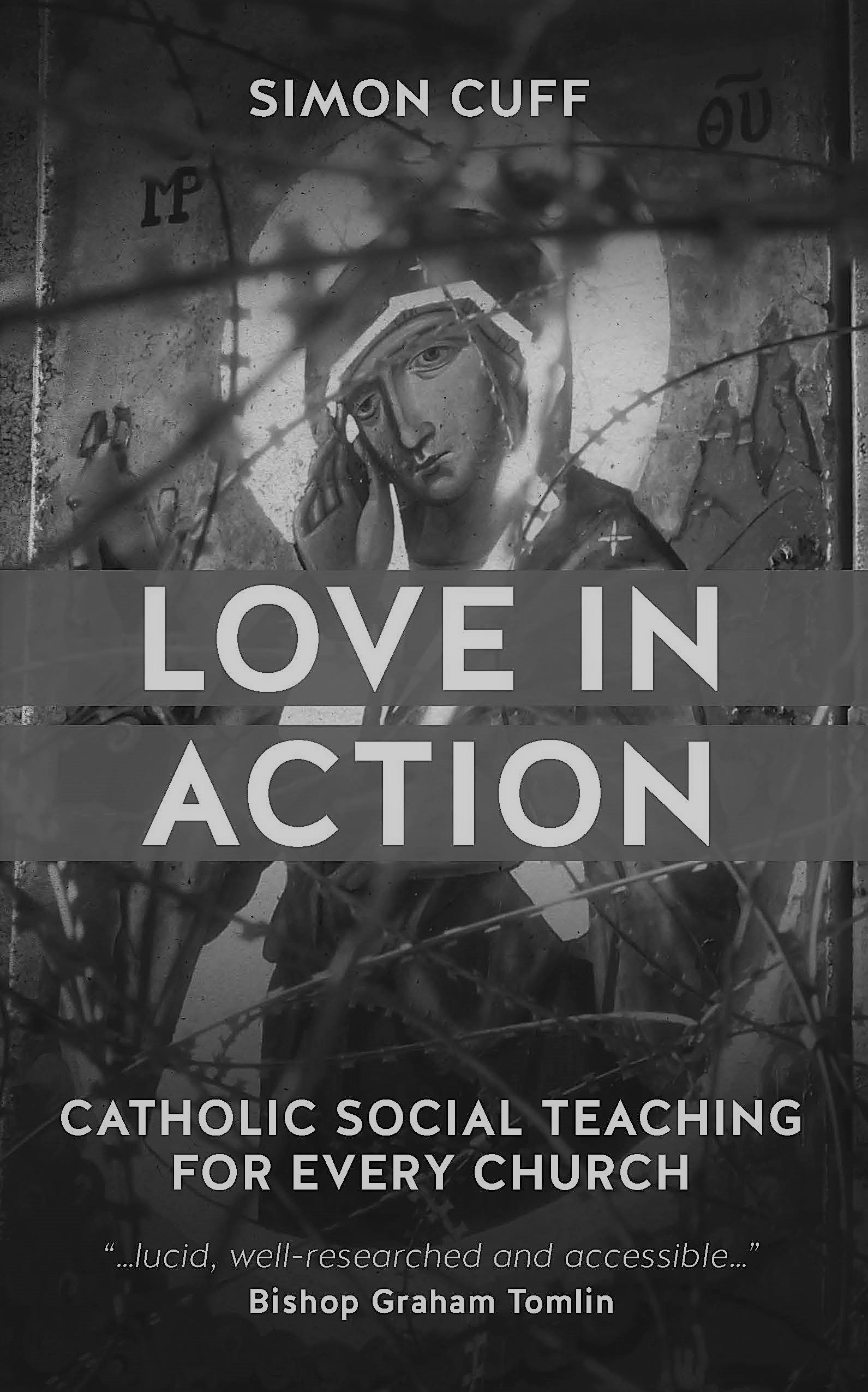