In this second of two blogs for the new decade, Director of Research Chris Baker identifies the role that religions can play in Ulrich Beck’s ‘metamorphosis’ of society.

In last week’s blog, I took Ulrich Beck’s idea of metamorphosis as a central idea for trying to understand where we are at the start of the new decade. His thesis is that something completely new and different is emerging (or metamorphosing) out of the rapid disintegration and extinction of our civilisations and ecosystems brought about by climate catastrophe—a new consciousness and politics based on what he calls a ‘cosmopolitan outlook’. He defines this outlook as a global-centric perspective, an ethical and political willingness to open up new spaces and cultures of cross-border co-operation and civic responsibility.

In an earlier book, entitled ‘A God of One’s Own’ (2011), Beck reflects, like several secular social scientists and philosophers, on the strange re-emergence of religion as a global, political and cultural force towards the end of the 20th century. Beck detects in religion—particularly in Protestantism—a collusion with neoliberal capitalism in its appeal to increasingly individualised understandings of salvation and the ability to create a market place in commoditised religious goods, tailor-made to one’s own worldviews and desires.

He also recognises, however, the collective power of religions to radically change systems for the better given the billions of people who affiliate with a religious identity (currently 84% and rising) and the material and financial assets religion controls. Yet a positive outcome will require the willingness and ability of religion to preach a cosmopolitan message, and not a universalist one. Universalism, says Beck, is essentially a form of fundamentalism and doctrinal purity that insists, usually through the use of coercive violence, on a single narrative and identity to which everyone else must conform to varying degrees. But, he argues, religion can also present a cosmopolitanism, which ‘is based on the actually existing historical impurity of world religions: the recognition that they are intertwined, that they are both one and the same’. This viewpoint, Beck suggests, enables faith traditions ‘to enrich their own religiosity, mutually reinforce one another, and in this way … practice and develop anew the public role of religion in the postsecular modern era.’

So, how might we begin to understand this new ‘public role’ as we journey into this vital decade for the future viability of the earth’s civilisations? I would like to propose two dimensions to this new public role.

The first is spaces of dissent. This week, the UK government disingenuously identified the promulgation of climate extinction as a radicalising political doctrine (on a par with religious and far-right terrorist ideologies), though they stopped short of actually labelling climate extinction activists as terrorists. This move, however, is of a piece with the tactics of increasingly authoritarian regimes across the West, from the US, the UK, China and other European States, whereby lawful, democratic and peaceful public protest is being supressed. Religious leaders must increasingly be prepared to call out these legislative tactics, and lead by example in joining peaceful public protests in defence of human and animal rights and the freedom of public and journalistic expression. Part of the growing suspicion or indifference towards institutional religion in our society is that people are looking for alternative narratives and movements to join that highlight inclusion and connectedness, not exclusion and othering.  Much of this political search for cosmopolitan alternatives has an overtly spiritual dimension. The apparent inability or unwillingness of the church to appear to be able to speak out beyond its own housekeeping issues (usually involving issues of sexual behaviour or identity) leaves the secular world bemused, but also disappointed.

The spiritual dimension of much political activism leads to the second public role of religion: that of firekeeper. This image emerged from a recent, and packed, event I attended exploring the Deep Adaptation framework, which aims to prepare humankind for the deep psychological, spiritual and cultural realities of climate catastrophe. Irrespective of whether you endorse the premises of the Deep Adaptation movement or are sceptical of them, there is a huge resurgence in interest and demand to reconnect with older and more traditional sources of wisdom, ritual and community. These include Sufi, Buddhist and indigenous traditions, but also feature the Abrahamic faiths.

People are understanding afresh that a sense or resilience and grounded hope can be nurtured and deepened by a connection with spiritual and religious perspectives. Institutional religion has a vital role in curating public and accessible spaces where these issues can be explored—and also has much to learn by listening to and participating in these debates. Religious and spiritual traditions reflect the glowing embers that will contain vital elements of Beck’s metamorphosis, and which will need to be breathed upon and nurtured in the dark and troubled days that lie ahead.

These two roles, when combined, allude to the vision of religion that my friend and colleague at the Foundation, Revd Dr John Reader, is developed in a forthcoming Temple Tract on the work of the French political philosopher Bernard Stiegler and, in particular, his thinking on the role that digital technology is already having on human identity and consciousness. Stiegler suggests that our ubiquitous tethering, indeed addiction, to the digital so overloads us that we lose the ability to really desire, to dream and imagine beyond those frameworks devised for us by the Big Six technology companies. John asks: how do we construct a new public in this context, so that we no longer sacrifice our freedom, our democracy and even our planet? Rather than inanely copying digital tropes in a desperate attempt to be ‘current’, the role of religion and the church, John says, could be vital to the construction of this new public by ‘assembling, linking, connecting, gathering, and creating those alternative times and spaces for engagement’.

Here, I suggest, is a five-fold framework for exploring the role a cosmopolitan religion can play in shaping and bringing to birth the metamorphosis so compellingly identified by Beck: assembling, linking, connecting, gathering and creating. It is a contribution to the spiritual and political act of resistance to the aftermath that is already upon us. 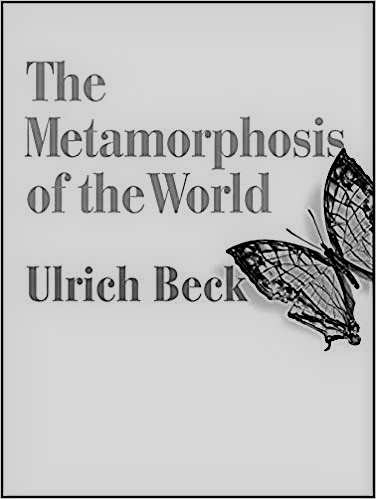