Get Thee to a Nunnery: Can the Monastic Tradition Help Us Live Christianly Today?

I can’t think about the Desert Fathers without imagining a Monty Python or Horrible Histories sketch. Numerous men with long hair and unkempt straggly beards, barefooted and wearing unwashed tunics, are in the desert. They flee there to find silence and solitude, but what they find instead is lots of other men trying to do the same. In my sketch they jostle against each other, trying to maintain an exterior appearance of holiness, but inwardly cross and grumpy, trying to push the others out of their way in order to reach the more isolated parts of the desert before anyone else.

Of course, it is a send-up of the reality; the Desert Mothers and Fathers were remarkable people who left their lives behind in order to live in the extreme discomfort of the Egyptian desert.

In the face of the new Constantinian situation – with Christianity the official state religion – living in the desert was seen as a way of continuing the faithfulness of the martyrs which had been such a prominent feature of earliest Christianity. The desert became a refuge from the values of the present, sinful world, which were seen as a distraction from one’s relationship with God. As the Greek theologian Stelios Ramos explains, in the desert, ‘one remains alone with God – the Other who knows all things – and thus through Him can turn inwards to contemplate and study oneself’.

Not one of my Christian friends has taken themselves off into the desert, but nearly all of them have, in some way or another, been rediscovering the rich tradition of monasticism, to which the Desert Parents gave birth. Practices of silence and meditation; developing an intentional rhythm to one’s life; looking for a rootedness in community; a deeper appreciation of the wider natural world; a care for the stranger and outcast, and a counter-cultural approach to money and possessions, are all things being explored by many people I know, myself included.

And perhaps that’s no surprise. The culture we inhabit, as I know you know, is a consumer culture. This culture doesn’t just teach us to over-consume, but actually forms us into a type of person called a Consumer: a person who lives life through the lens of consumerism, bringing its values into all aspects of life, including how we approach our work, our relationships and our faith.

The challenges of living in a consumer culture are immense and we shouldn’t downplay them. Increasing family breakdown, growing numbers of people struggling with mental health issues, loneliness and lack of sleep are just some of the most obvious signs that this is a difficult society to live in.

The personal pressures are intense, but alongside that we are ever more aware of the massive damage being done to the natural world by the way our society operates, and of the millions of people facing poverty and hunger as globalisation increases the gap between the haves and the have-nots.

How do we respond to this as Christians, and live as faithful followers of Jesus? It is within the context of these questions that I think we can understand the current turn towards monasticism. Brian McLaren expresses this nicely as he talks about how we are confronted with a terrain in which the life challenges we face have been, ‘surreptitiously yet radically transformed, invalidating the extant life wisdom and calling for a more thorough revision and overhaul of life strategies’. It is no surprise, therefore, that individuals look backwards in search of those older life wisdoms in order to provide a more secure anchor.

People are looking for an alternative path to that which is offered by society, and that path, ‘needs to derive strength from the old religious traditions; it needs to face new-age challenges with age-old wisdom. The challenge of the future will require, we realise, rediscovery and adaptive reuse of resources from the ancient past’.

A rediscovery of the monastic tradition is, therefore, proving helpful to many of us as we navigate the challenges of trying to live Christianly in contemporary society.

And yet I want to issue a note of caution because I think that monasticism itself can, if not careful, lead to two dangers that are important for us to be aware of.

The first is the possibility of retreating into an oppositional enclave in relationship to the wider society around us. How far should we remove ourselves from society? The Desert Mothers and Fathers undoubtedly desired absolute separation. As Arsenius said to the abbot Marcus: ‘God knows that I love you: but I cannot be with God and men’. Different expressions of monasticism follow various paths, of course, but the overall tenor is one of separation from society.

Times of separation are helpful, enabling us to recognise the many evils within a consumerist system and giving us the strength to resist capitulating to them. But I believe our faith calls us to engage with our society: to get involved in our local communities and in the decisions of government, and to see our workplaces and families become places where caring for others and the wider natural world is the norm.

The second danger is that of developing a world-denying attitude towards material goods. One of the foundations of monasticism is poverty and that can come from, and lead to, a dualism that sees the things of this world as being anti-God. One description (taken from a report by the World Council of Churches) sees the monastic life as a life of conversion that involves, ‘both asceticism, in which [the monks] leave behind the flesh, which is subject to the powers of evil in this passing world..; and also a movement of their whole being towards Him who invites us into His Kingdom. Monastic vows evidence this dual process of leaving behind the world and responding to the divine invitation’.

I would want instead to propose a theology that affirms the goodness of the created order, because it comes from a good God.

The challenge is that, if we are to take seriously the problems of our world, we will inevitably make choices that lead to a certain level of hardship and deprivation in comparison to how so many of us currently live. Material sacrifice will become a part of our lives as we limit our resource use and ‘live more simply that others may simply live’. But we must find a way of doing that that stems not from a view that sees material goods as inherently negative, but from a positive desire to restore right relationships.

Generosity, sacrifice, thankfulness, contentment and enjoyment must be the hallmarks of our lives!

Ruth explores the themes of this article in her book ‘Just Living: Faith and community in an age of consumerism‘.

Reconsidering Consumerism, Getting Greedy for God
By Eve Poole

Who Will Create The Spaces Where All Voices Can Be Heard?
By John Reader

Does the Fair Trade Movement Still Need the Churches?
By Mark Dawson 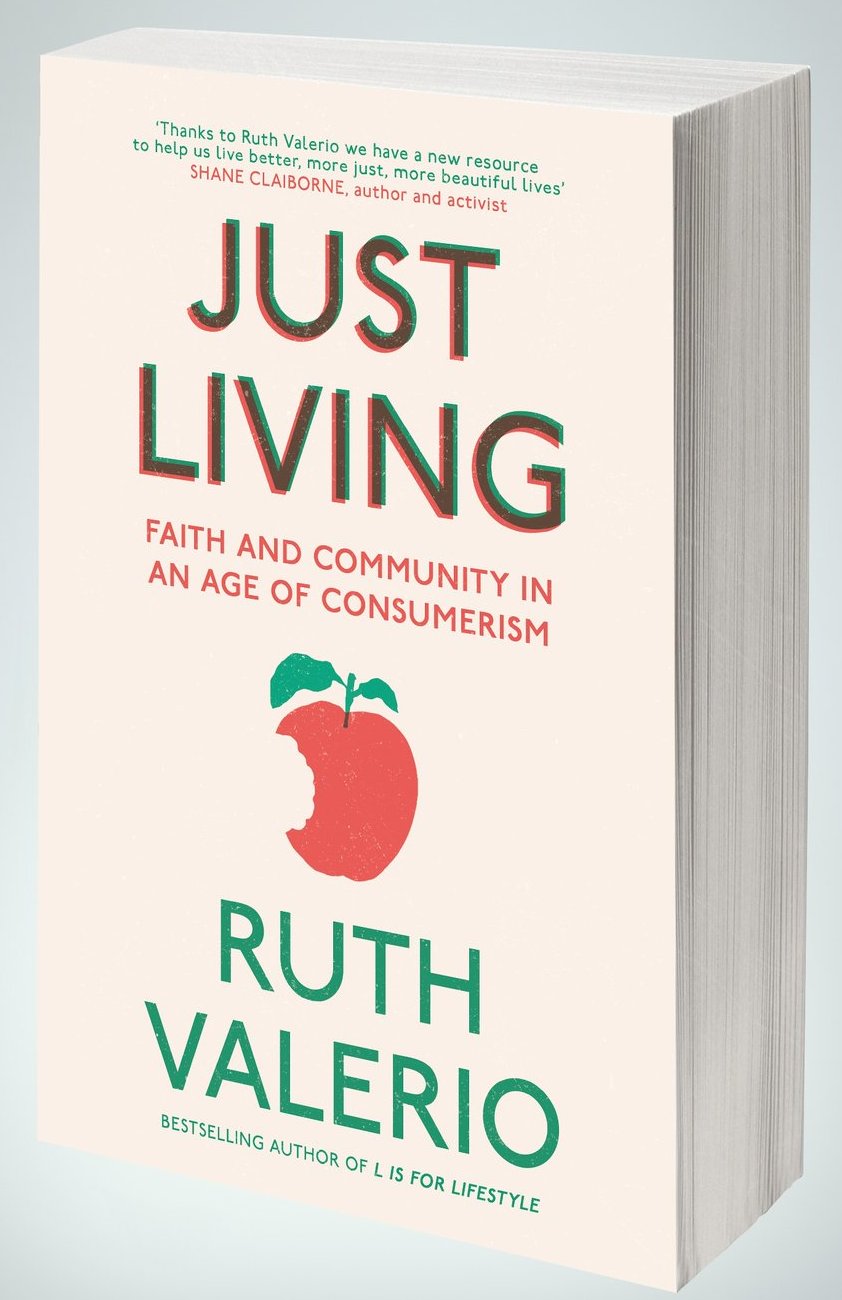