Tip of an Iceberg: A Christian Response to Winter Homelessness 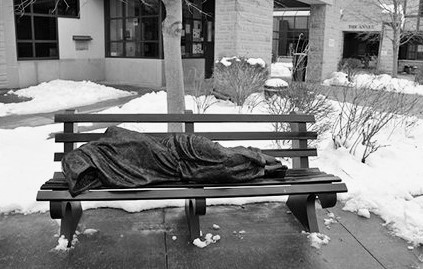 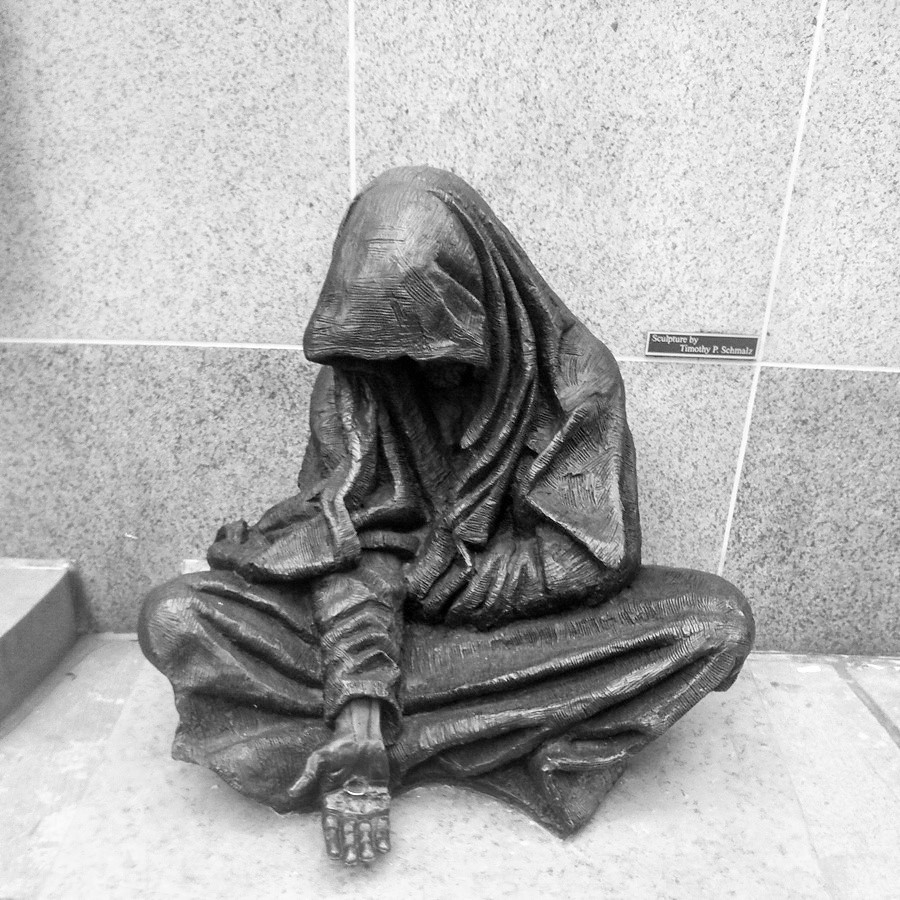 How many homeless people are there across England this month? The short answer is too many. But no one really knows, because it is hard to get statistics, especially as marginalised people often try their best not to be noticed by authority. November is the month when in many parts of the country there is a concerted effort to carry out a count of rough sleepers and to report the findings back to government.  There are official guidelines though these are controversial, not least because they sometimes seem to provide perverse incentives for local authorities to minimise the scale of the problem.

In a town like Preston, where I live, the dozen or so who can be shown as sleeping rough on the streets on any night are just the very cold tip of the iceberg. Five times as many, who may be living in squats, or sofa surfing, or in hostels or supported lodgings or in run down bed-sits, are likely to turn up each week at drop in projects where they can get a free meal. And beyond that there is huge housing need with long waiting lists, growing rent areas arising from poverty pay and welfare reform, and little chance of young people in ordinary work being able to afford to buy their own home.

Homelessness has many different causes, and there is no single solution.  At the individual level it is often linked to poverty, family breakdown, domestic violence, alcohol and drug abuse, mental health issues and getting into trouble with the law. Sometimes the entrenched rough sleepers are extremely hard to help as they are entwined in a strong supportive network of their peers and a culture of homelessness has become established.

At the wider structural level homelessness and housing need reflects the dysfunction of the housing market, where in many parts of the country house purchase is unaffordable to ordinary working people, private renting is also beyond  most people’s means and social rented properties are in short supply leading to massive housing waiting lists. In others areas such as Pennine mill towns there is a surplus of poor quality dwellings leading to empty properties, while in seaside towns vacant boarding houses become a magnet for the poorest and most vulnerable single people. The imbalances in the market have not been helped by the clearance sale of council housing under the right to buy, the housing benefit regime which subsidises private landlords rather than needy tenants, and most recently with the introduction of the bedroom tax which penalises families who have more rooms than they allegedly need, but have no desire or serious option to downsize and move to another neighbourhood.

Across the country there are millions of generous people whose hearts go out to those in need, especially in cold weather or in the period before Christmas. Usually the focus is on those who present as “homeless” in public space, often with a begging bowl in front of them. People wonder whether it is a good idea to give cash and as Ed Milliband recently found if you just give a few coins you are damned if you do and damned if you don’t.  It may be better to offer a cuppa and a sandwich.  Or might it be better still to use your money to buy a copy of The Big Issue from one of the vendors on the street, as this offers them greater dignity and a better chance to turn around their lives through work and managing their own money?

Arguably money can be most wisely and effectively used if channelled through specialist charities working with the homeless. Churches and other faith groups have a long history of soup run ministries but are coming under severe criticism from some local authorities who believe they are adding to the problem by condoning and encouraging life in the streets, to the detriment of the image of the area, and the perceived safety of visitors. Westminster Council has a particularly draconian reputation for the way it deals with street homeless and their proposal to outlaw soup runs was only overturned after a campaign involving several Christian groups.

Cold winter weather and the resonance of the “No room at the Inn” story mean that the public often make emotional but inappropriate responses in an effort to help the homeless. Just before Christmas organisations such as The Salvation Army can be overwhelmed with inappropriate offers of help from “repentant Scrooge”. Turning up at five o’clock on Christmas Eve with half a dozen frozen turkeys, or ringing at short notice to ask if you can volunteer to serve Christmas lunch to the homeless can cause more problems than it helps solve and lead to disappointment all round.  It is much better if people inform themselves about the lives of homeless people by talking to them and listening to the stories they have to tell, and spread their concern and efforts throughout the year.  Sharing of stories can become a profoundly theological exercise as in David Nixon’s work reviewed perceptively by Bill Such.

Christians and others of goodwill also need to engage with the work of policy formation on the wider issues of housing and homelessness, and challenge the neo-liberal ideology of “every householder for him/herself”. We may need to channel our anger about homelessness politically, and try to get the issue raised in the run up to the General Election. Some may want to get involved with campaigns run by Housing Justice the national voice of Christian action in the field of housing and homelessness, or Shelter who have been leading the struggle against homelessness for many decades.

And if you pray you can also pray not only for relief for homeless people, but for justice in housing.  There is indeed a long tradition here starting with Old Testament prophets such as Isaiah  (5;8).  Recently, while re-reading Tawney’s “Religion and the Rise of Capitalism”  45 years since I last did so,  I found a wonderful prayer written in 1551, probably  by  Bishop Hugh Latimer at a time of economic crisis and the enclosure of common land.  It pulls no punches in the way it talks about landlords who exploit the vulnerable…

“We heartily pray thee to send thy holy spirit into the hearts of them that possess the grounds, pastures, and dwelling-places of the earth, that they, remembering themselves to be thy tenants, may not rack and stretch out the rents of their houses and lands, nor yet take unreasonable fines and incomes, after the manner of covetous worldlings…but so behave themselves in letting out their tenements, lands and pastures, that after this life they may be received into everlasting dwelling places.”