Where Has Global Poverty Gone?

[Editorial Note 04/19: Sadly, the Make Poverty History site is no longer active. But you can read more about the current fight against poverty on the Compassion UK charity website.]

The Enough Food IF campaign last year sparkled quickly and quietly, like a damp firework, and made only a minimal appearance in the national media.  This contrasts strikingly with the success, in terms of both publicity and mobilisation, of the two previous national global poverty campaigns here in the UK — Make Poverty History (2005) and Jubilee 2000.  Whilst Jubilee mobilised 70,000 in Birmingham in 1998 and Make Poverty History attracted 225,000 people for the Gleneagles Summit, Enough Food IF gathered only 45,000 people for the Big IF event in London and 8,000 for the Big IF event in Belfast.  Are we witnessing then, a declining public interest in, and energy for, global poverty?  And what is the role of Christianity in this picture?

In all three global poverty campaigns, Christian organisations, agencies and churches have been crucial in providing movement leadership and centres of engagement and mobilisation.  However, there is a sense recently that there has been some degree of “turning inwards”, leading to an increased focus on domestic issues both for the Church and the wider public.  Simultaneously, recent years seem to demonstrate a “Christianisation” or “religionisation” of international development, where it appears to have partly remained an issue in the churches and other religious institutions, but diminished in the thinking of the general public.  From my own experience, at the time of the IF campaign the only people with whom I had conversations about it were Christians.  Of the 40 of my friends who “like” Enough Food IF on Facebook, I know 39 from Christian circles, leaving just one “like” to represent the interest of my extensive Facebook network of non-religious and politically-engaged contacts.  This compares negatively to the wider buzz I remember experiencing as a teenager around the Make Poverty History campaign, which extended beyond churches and Christian circles to include conversations at school and in the work place.

How then can we explain this decline in interest?  Firstly, the impact of the recession should be considered.  Research carried out on behalf of DFID (Department for International Development) suggests that there has been a decline in public support for expenditure on global development following the recession. The report states, ‘declining support for increased Government action and spend has continued post-recession: the focus has also been on domestic issues in terms of expenditure’.  We might perhaps, similarly assume that the recession has led to a “turning inwards” by the churches, as domestic problems, epitomised by the rise of the food bank, become prescient. Wider secular activism also demonstrates a turning inwards, as witnessed by marches against student fees, the anti-cuts movement and the Occupy movement.  The Occupy movement’s slogan “we are the 99%”, for example, references domestic inequality, ignoring the fact that globally several Occupiers might find themselves part of the much-maligned 1%.

Secondly, whilst we should not ignore the fact that engagement with faith-based groups occurred under the New Labour government (and indeed before), this has taken new forms under Cameron’s government, shifting from an emphasis on community cohesion projects to faith-based organisations increasingly taking roles as service providers in order to fill gaps in the welfare state. Not only would we expect this to increase the number of faith-based organisations taking a role as social service and welfare providers and therefore shifting the focus to domestic issues, it has also understandably affected the terms of both journalistic and academic debate, focusing on Christian engagement with domestic poverty often at the expense of Christian campaigning on global poverty.

Finally, the global poverty sector is plagued with difficulties, problems and intense self-scrutiny to an ever-increasing extent.  Popular books such as Moyo’s Dead Aid (2009) have lent credence in recent years – though such debates have a considerably longer heritage – to the sense of development as a troubled, even doomed, project, subject to increasing levels of scepticism.  In this context, the Millennium Development Goals have failed to provide the impetus to action that might have been expected.

So, given the historic role of the churches and Christianity in both raising awareness of and alleviating global poverty, where next?  I would suggest that significant attention should be granted to the following three areas, representing simultaneously areas of considerable potential and challenge: participation, partnership and propheticism.

PARTICIPATION.  As witnessed by Occupy and its attempts to organise non-hierarchically and employ consensual decision-making, there is a trend away from top-down, paternalistic political mobilisations.  Grass-roots mobilisation should thus not just be about getting local communities on board with a campaign, but enabling them to shape its parameters.  The issue of participation also provokes challenges of who to engage: the public?  “Dechurched” Christians?  New mega Churches?  All these areas demand new and novel approaches.

PARTNERSHIP.  The development sector is particularly troubled by how to present, and relate to, the suffering “other” and partnership between NGOs in the Global North and local organisations in the Global South has emerged as a key strategy for alleviating global poverty.   Whilst partnership functions too often merely as a handy buzzword, there must be constant awareness of the power relationships enacted in any development project and the ongoing legacies of colonialism.  UK churches have a significant opportunity to create new partnerships for action and support, through the involvement of the diaspora communities that make up such a large part of new church membership.

PROPHETICISM.  Jubilee is intriguing as a late-modern social movement for its use of the Old Testament concept of Jubilee as its inspiration.  The coinciding of this concept with the Millennium year lent the Jubilee campaign a sense of moral imperative and Prophetic witness.  In an era of scepticism about charities and aid, and a wider sense of “compassion fatigue”, in which many feel that nothing can be done to solve the seemingly endless list of world problems, there is a need to recapture such sensibility.  Campaigning, and protest, like most activities, draw on a repertoire of tried and tested methods- the strike, the rally, the march, the petition.  These methods, owing to their familiarity, may gain limited publicity; for example, recent protests in support of Palestine.

So the challenge now is to think outside these parameters and consider new ways of doing politics?  Not just to capture media attention, but to spark conversation, inspire debate and get people involved. 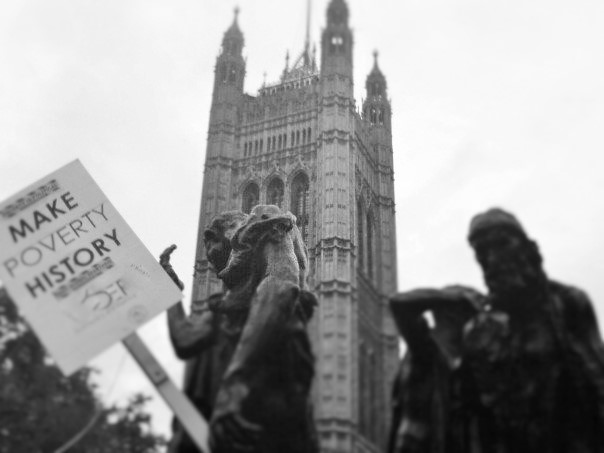 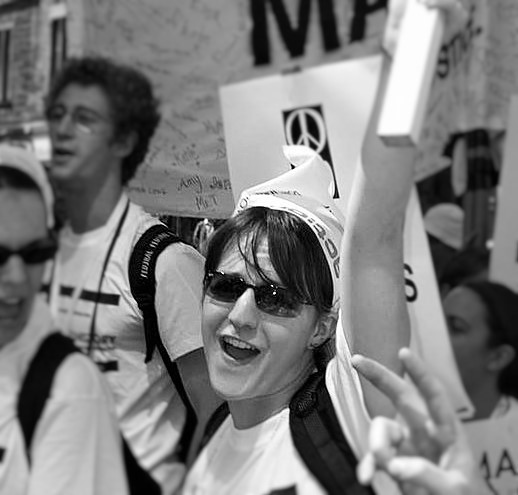