Chris Baker reflects on the healing and cohesion facilitated by faith groups in the aftermath of the recent Grenfell Tower disaster.

As the traumatic aftermath of the Grenfell Tower tragedy continues to unfold, the rawness of the anger and grief of the victims of the disaster remans undimmed in the absence of obvious milestones to justice and restitution. A recent Guardian report has looked at the role of the faith communities in the vicinity of the tower since the very earliest hours of the tragedy. They not only co-ordinated emergency relief and ongoing needs such as bereavement and trauma counselling, but now act as a bridge of communication and outreach between local residents and the local authority. Churches and mosques are trusted as safe spaces to not only kick-start the very delicate task of reconciliation, but also in which to hear and hold the rawness of the pain and anger still swirling within the community. They have also offered quiet spaces where many people have come to simply reflect on what this has meant to them, and to remember in silent thought and prayer those who have died, been injured or made destitute.  They know as well that this is no quick fix response, but that they will need to be doing this for many years to come – they are in it for the long haul, long after the media circus has left. In addition, these churches and mosques have also been platforms for a determined denunciation at the corporate greed and inequality that contributes to the housing crisis on cities like London.

Key to the power of these responses has been the renewed visibility of religion and religious identity (already very strong in the North Kensington area) to the external world, especially the media and politicians. One of the most telling remarks from the Guardian piece came from local Methodist minister Mike Long, who said that until a month ago, he rarely wore a dog collar. However, at 4.30 on the morning of the fire he put it on and has never taken it off at any public engagement since. ‘Now’ he says, ‘my role is much more public and I need to be identifiable’.

There are several ways in which this simple story resonates into wider issues. The first seems to be about the confident emergence of religion and belief back into public life. We don’t know why Mike Long didn’t wear his dog collar much before the Grenfell Tower fire – perhaps he felt its symbolism might put people off in a multi-cultural area; perhaps he preferred to express an anonymous servant type theology (certainly popular some years ago) which sees the church as getting stuck in, one agency amongst others, serving others, and of actions speaking louder than words.

Now people seem more comfortable and relaxed about seeing a dog collar in the public sphere. Where has this new valuing and relaxation regarding public religious identity come from and how do we understand its value going forward? Will we eventually see the same level of acceptance of other public religious symbols such as the hijab emerge as part of the wider, national healing and cohesion that could come out of the awful trauma of this event?

So much of what has emerged post-Grenfell is this idea of public servants (but especially politicians and local authorities) not being visible and therefore escaping accountability. The last 40 years of neo-liberal ‘reform’ has masked and occluded the idea of accountability and responsibility. Things just happen; public bodies have been stripped of their regulatory power and authority. This now must stop. A new public culture must emerge where we choose to be identified as responsible for the accountable and fair running of the public sphere. Religious people, proudly but unassertively wearing their badges of office – making themselves publicly accountable to implement the values and ethics of their professional and religious identity, sends an important message in this regard.

Finally, there is the issue of healing and cohesion. It is the public performance by churches, mosques and other secular institutions and individuals of acts of compassion, solidarity, bridgebuilding, listening, counselling, as well as denouncing, that create and restore webs of connectivity and hope. The reason why so many bad and sad things happen in our society is that we have become disconnected – disconnected from each other, disconnected from the environment, but also publicly disconnected from the values and traditions, beliefs and worldviews that used to shape and inform the social order that we sought to build.

A much-needed turn to a sense of national purpose and direction will not come from shrill voices and policies designed to implement British values and demonise those who don’t appear to conform to them. Neither can these value be taught in a formulaic and prescriptive way as part of RE classes in our schools. As the report from the recent Malvern 2017 conference on nation building reflects, Britain will not be stitched back together again by a ‘tick box’ approach to values and cohesion. The values and principles by which we need to construct a new social order out of the ashes of tragic events like Grenfell tower are ‘caught’, not taught. They are embodied and performed at local levels. Our job as public bodies is to reflect and celebrate them, and allow the hope and resilience they inspire to remind us that the way we run our public life can no longer obey the blind logic of managerialism and algorithms. Rather, our public life is explicitly constructed on the principles of service, accountability, fairness, vocation and trust.

Whatever our ‘dog collars’ are for us, whatever our means of publicly identifying our authentic and professional selves, for the sake of the victims of Grenfell and for sake of preventing tragedies like this happening in the future, we need to be loud and proud of who we are. Not for the sake of a false pride – or even a false humility – but for the sake of being publicly accountable to one another, and committing to a transparent commitment to use our beliefs and identities to build a fairer and more interconnected world.

Making Compassion and Solidarity Routine rather than the Exception
Chris Baker 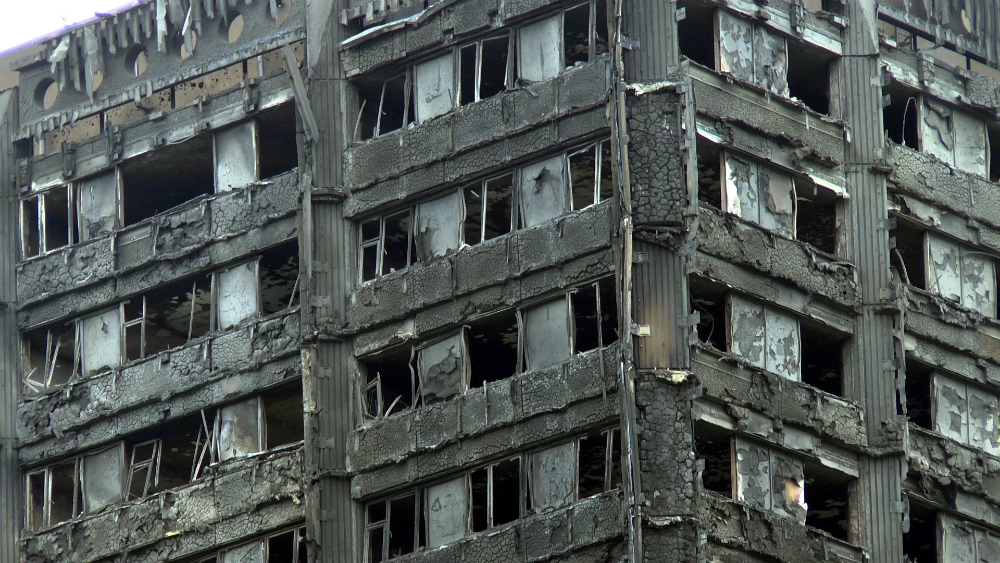