In the Face of Poverty, the Church is Still the Voice of the People

The Feeding Britain report commissioned by the Archbishop of Canterbury, and launched today, has laid bare the countless stories of human misery and suffering caused by hunger and poverty in the UK. The statistics reveal that nearly a million UK citizens have needed to cross the barrier of shame and ask for food from a food bank. This is not surprising when you consider that over 13 million people in the UK are considered to be in poverty. The main drivers for people having to use food banks is not unemployment, but depressed wages and disruptions in welfare provisions, caused by bureaucratic changes to the welfare system which can leave citizens arbitrarily without any income for weeks on end.  These factors are exacerbated by the rise in housing and energy costs, leaving many of our citizens with the stark choice of going hungry in order to simply keep a roof over their heads. The cross-party report advocates a multi-levered approach to what it calls a hunger-free Britain, including bigger food banks to distribute more food, advice and benefits, a rise in the minimum wage, and the provision of free meals during the school holidays for poorer children.

There have been endless reports on poverty and food banks since the start of the austerity measures introduced by the Coalition government in 2010. Yet what is different this time is the widespread coverage the report has received and, in particular, the comments by the Archbishop of Canterbury suggesting that the hidden poverty in the UK is more shocking than overt poverty in African countries. Cutting across a full spectrum of media from right to left, the report has made the front pages of both the Mail on Sunday and the Guardian. This feels like a simmering issue which has finally come of age as Christmas approaches, and a general election looms. It is more than likely to be a defining issue that shapes the political debate for many years to come.

The power of the report lies in its clear and objective statistical analysis of a hidden social problem; hidden because those most directly affected are by and large too exhausted and marginalised to get their experiences acknowledged by the mainstream. In other words, this report shines a critical but impassioned light on a social blight that not only affects millions of fellow citizens but also directly calls into the question the sort of society we have sleepwalked in to. It raises the acutely awkward moral and political questions of how we have managed to create a social and economic order where so many people struggle to acquire the basic goods for a flourishing and meaningful human life (i.e. food, shelter, water, warm clothing) in a society that has more than enough resources to go round.

In its clarity, tone and media coverage the report feels like a touchstone statement, one whose analysis and voice connects with the public sphere and will ensure that people will not be satisfied until the issues it raises are being seen to be addressed. It follows in a long tradition of significant faith-based reports, and I hope it can be as powerful as those which came before it. First of all, I am thinking of William Booth’s report In Darkest England and The Way Out. Written in the 1890s it exposed the hidden poverty and squalor of late Victorian industrial cities, and proposed a number of key welfare reforms around banking, housing and training centres.

William Temple is cited in the introduction to today’s report, reminding us of the legacy of Church-based interventions which seeking better ways when faced with inequality. Temple looked at the ravages of inequality, despair and bankruptcy in the 1930s and its contribution to the rise of totalitarian states in the run-up to the WWII. When he wrote Christianity and Social Order in 1942, he articulated the basis of a just and fair social order and human flourishing that included access to free education, free healthcare, decent housing and rights of representation to work. Temple died in 1944 but his vison was implemented by Beveridge and the first Labour majority government in 1945, in what became the universal and comprehensive welfare state.

More recently, the Faith in the City report of the 1980s exposed the plight of those de-industrialised urban communities struggling to exist as other parts of Britain enjoyed the new market-led and re-regulated boom in globalised technology and financial services. Branded as Marxist by the Thatcher government, it again reminded wider British society of its obligations as a civilised and progressive society to provide the means of human flourishing for all our citizens, not just the privileged few. The report galvanised the Major government (with the energetic support of Michael Heseltine) and New Labour (under the influence of Lord Rogers) to make the regeneration of inner urban areas and city centres a top political priority.

There are of course major reservations about what this latest report is trying to do and the context from which it emerges. Not least, in the enshrining of food banks as somehow normative features of our policy landscape which will perpetuate moral distinctions between deserving and underserving poor, and will deflect the will for political change. As Prof Elizabeth Dowler commented in the Guardian’s coverage of the report, the exponential rise in poverty and inequality we have seen since 2008 can ‘only be properly dealt with by the state tacking the fundamental structural causes’.

However, this should not detract from the fact that this report has the potential to be the latest in a long-line of influential faith-based reports into social conditions that galvanise real political change. At the heart of all these reports is a social, political and moral imaginary that says quite simply ‘All human beings matter’, irrespective of their social or ethnic background, and it is only in relationship and solidarity with one another that our true humanity is fulfilled.

Explore the power and impacts of faith-based leadership at our forthcoming conference Building a Politics of Hope, in partnership with Church Urban Fund and the Joint Public Issues Team. 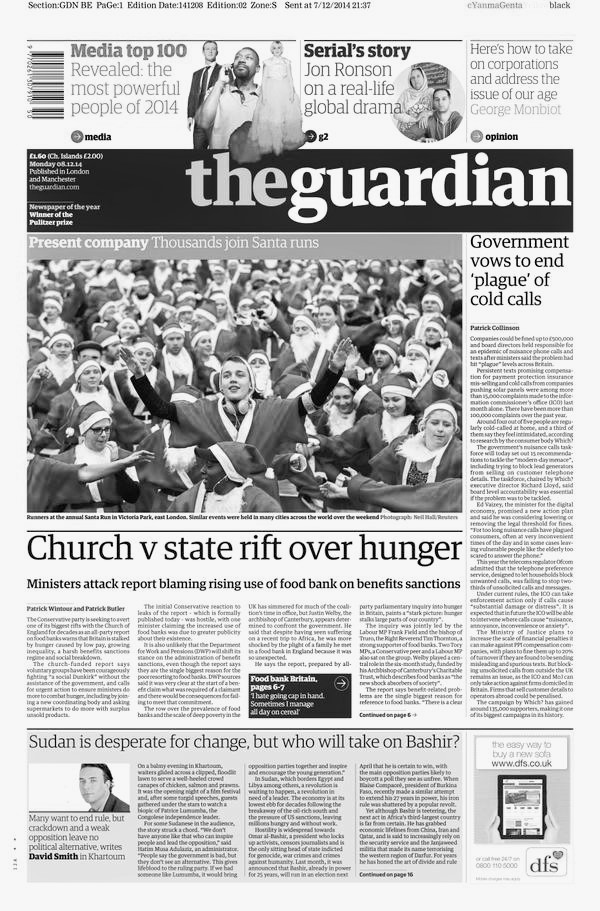 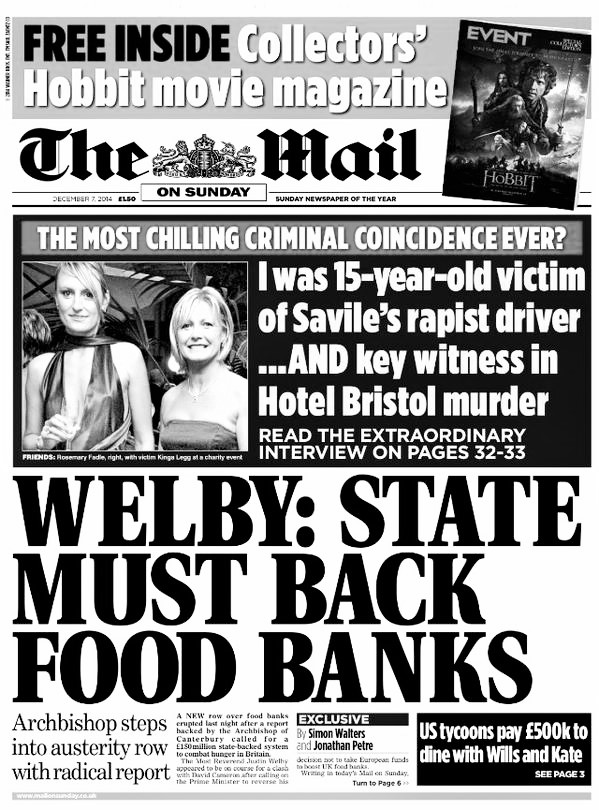