A Scottish State Might be Happier but What About the Rest of Us?

The ‘Scottish’ idea of government would make the whole UK happier – so why do we persist in creating societies that do the opposite?

With the date for the referendum on Scottish Independence now a few frantic days away, voter and media attention has focussed on the different philosophies concerning the role and nature of government said to exist on both sides of Hadrian’s Wall. We are increasingly told by pollsters that Scotland sees itself as a more democratic and communitarian society which upholds the values of equality and progressive reform (i.e. reform that benefits all citizens, not just a few).  The Scottish Government’s Independence White Paper would seem to support this view with its strong commitment to what it calls “social investment”:

A social investment approach starts from the premise that the delivery of welfare services should not be seen as simply a safety net for individuals… Instead they should be seen as an opportunity for positive investment in people throughout their lives … such as learning and development in early years, employment and health gains in adult life, and for older people, increased independence and ability to be active in their communities.

A clear consequence of this idea of ‘social investment’ is the expectation that the government (or the State) is proactive in the way it intervenes to correct social conditions created by market processes that it considers a stumbling to this policy. The White Paper thus pledges central government support for initiatives such as universal child care for 3 and 4 years olds, a ‘triple-lock’ pensions increase by either inflation, earnings, or 2.5 per cent, whichever is highest; a guaranteed inflation-linked minimum wage, the abolition of the bedroom tax and the re-nationalisation of the Royal Mail to ‘guarantee a quality of service to all’.

This social democratic idea of political economy appears to be in stark contrast to the ‘English’ market economy model. Here the role of government is perceived as minimal – providing only a safety net rather than social investment welfare model and allowing the market to operate most efficiently. The underlying philosophical idea is that of libertarianism and utilitarianism: namely the right of the autonomous individual to access their own resources for happiness and wellbeing, free from the dictates (and taxes) of the overbearing state.

Into this debate comes recent research from the London School of Economics which strongly suggests that citizens are happier in countries where governments intervene more frequently into the economy. The LSE report presents analysis of data from the World Values Survey across 21 industrialised democracies between 1891 and 2007. The survey asked the question, on a scale of 1 – 10: ‘All things considered, how satisfied are you with your life as a whole these days?’

The LSE researchers used four different measures alongside these results: the size of a government’s consumption share of a country’s GDP; a country’s social welfare expenditure as part of its GDP; welfare state generosity (not just spending) that covers ease of access to welfare benefits and expansiveness across different sections of the community; and legislation covering permanent (as opposed to temporary) contracts and provision for those who lose their employment.

The relationship between these four public policies and citizens’ subjective well-being is consistent and arresting. The degree of extra happiness that ‘above average government intervention’ generates has ‘a greater effect on happiness than the difference between someone who is married compared to unmarried, and someone who is employed compared to unemployed (two of the most common predictors of subjective well-being)’. The report also shows that greater happiness is present for all citizens, regardless of whether they are rich or poor.

These are remarkable statistics, but only because we have allowed ourselves to believe that individual wellbeing is somehow a utility that can be detached from the wider political, social and economic conditions in which we find ourselves. Common sense and basic human experience tells us that the more isolated and detached we feel from others, the more fearful and dissatisfied we become. So why do we in the UK and many other economies persist in creating barriers of inequality and stigmatisation in the false pursuit of individual autonomy and freedom based on the simplistic mantra of ‘markets good, state bad’. We need robust and ethically responsible institutions to safeguard the basic conditions of human flourishing – lifelong education, health and social care, reliable and trustworthy banking systems, investment in arts, culture and innovation.

Faith groups, large charities, the community and voluntary sector and generous philanthropy all have a role to play.  But without robust government intervention that ensures a commitment to universal and fair access to these basic goods, based on individual contributions and progressive tax regimes, the right that we have to human and community flourishing becomes a postcode lottery. And in this lottery, ever increasing numbers of citizens are losing out.

Scotland sees its social investment strategy as an extension of the ‘Nordic’ approach where Scandinavian countries pursue an active commitment to both social and financial investment. And surprise, surprise, it is these more economically equal and socially resourced countries that consistently come top of happiness league tables.

Of course, there is no such thing as a perfect society. Even the moderate pragmatism of the Scottish White Paper (lower corporation tax and selective renationalisation) will run foul of global instabilities generated by wilful human hubris. But, should Scotland vote for independence next week, I suspect many citizens in what is left of the UK will instinctively consider emigration to a section of these islands they consider better expresses their desire for a more satisfying form of social polity.

The LSE research strongly suggests that their instincts are right and empirically sound. However, the truly patriotic thing for me to do, as an English person, is to dig deep within my own social democratic traditions and fight for the right to live under the principles of decency, fairness and justice in my part of this ‘green and pleasant land’. Not only does make it ethical, psychological and spiritual sense, it makes economic sense as well. 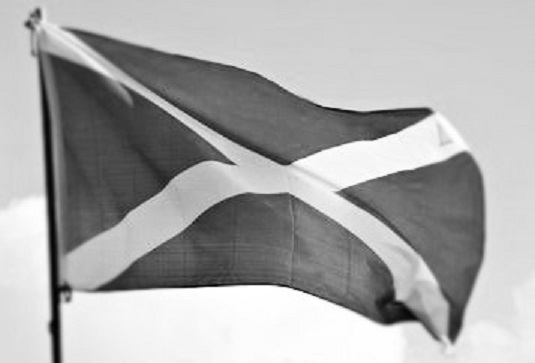