Searching for Shalom in a World at War

When Jesus sent out his first trainee evangelists, travelling light, and living by faith, as some missionaries still do today, he advised them when accepting hospitality in new places — ‘And if the son of peace be there, your peace shall rest upon it: if not, it shall turn to you again’ (Luke 10:6).

This month we commemorate 100 years since the start of the First World War, the beginning of the great slaughter of 1914 – 1945; two periods of intense warfare, starting with conflict to the death between the Colonial Empires of Europe, interspersed by a shaky 20 year truce, featuring the rise of Fascism, Stalin’s purges and the Japanese attempt to conquer the rest of East Asia, culminating in six years of killing which was finally resolved by the dropping of two atomic bombs. Christians on both sides supported that first Great War linking King and Country with God and sacred nationhood. Britain and France as colonial powers brought in armies of Muslims, Hindus and Sikhs to fight for their cause. Victory over the Muslim Ottoman Empire “liberated” Jerusalem and most of the Middle East, thus kicking off some of the conflicts of today.

The evidence of history suggests that rarely have people of faith been sons and daughters of shalom. If we look at the Crusades, the Conquistadores or the wars of religion of the 17th Century, the track record of Christendom is far from glowing. Hindus, Muslims, Sikhs and Buddhists have also been guilty. It is all too easy for us to make sincere religious beliefs the test of belonging, whilst establishing a social boundary which excludes unbelievers from a community or nation, and a reason to justify hatred, the “othering” of social groups as sub-human or demonic. All too often distrust leads to the build up of weapons, to conflict and warfare. In a post-secular environment, where globalisation has brought increasing diversity of populations, conflicts are more likely to be asymmetric, and situated around ethnic and religious identities rather than between armed nation states. And in a world where hybridity and blurred encounters between groups are commonplace it becomes harder to sustain primary national identities. A hundred years on “my country right or wrong” will not wash; even in 1915 some could see that “patriotism is not enough”.

So in recent decades we have seen Rwanda and Bosnia, Lebanon, Sri Lanka and Afghanistan. Today we have Libya, Sudan and South Sudan, the Central African Republic, Somalia, Syria and Ukraine tearing themselves apart over ethno-religious identities. Most recently there is Iraq where a brutal armed gang defining themselves as an Islamic caliphate are persecuting Yazidis, Shia Muslims and Chaldean Christians. Meanwhile in Gaza we have seen the military might of the state of Israel (largely armed by the Western powers) deployed against the population of Palestine, with gruesome results. Even if one accepts the desirability of disarming the rockets of Hamas, the human cost of bombs and shells in urban areas has turned global opinion against Israel. This so easily plays out as a religious war between Jews (supported by numerous fundamentalist Christians) and Muslims, with the response in some places becoming one of anti-Semitism, reviving memories of the pogroms and the holocaust. Meanwhile Arab and Palestinian Christians are caught up in the middle of this conflict, in most cases longing for justice and praying for peace.

We have to admit there are hard questions about standing up for justice, and restraining the evils of well-armed thugs, where absolute pacifism and the practice of non-violent resistance are scarcely a coherent answer. Even as a Christian pacifist, when faced with extreme situations such as the existential threat to humanity posed by Hitler, I can see the logical and moral force of Bonhoffer’s theology of embracing sin in resistance to tyranny, or even of Temple‘s view that once you have decided to fight you need to do so without being half-hearted. So one can understand the feeling that forceful intervention is necessary to stop impending genocide. Yet recent history suggests that such policies are most likely to fail, or be counter productive.

Surely in a world like ours, in cases of international and inter-communal conflict there must be an alternative to an arms race and escalation towards brutal total war. Is there hope in the assertion that within all the great faiths there is also a peace tradition? For we find people of shalom in all faiths, including in Israel today.

My old friend Roger Haydon Mitchell has been working on these themes and calls them the politics of kenarchy.

While there is certainly a need for it in the face of the ‘tame’ xenophobia of UKIP or the brutal violence in Gaza, the lack of reasoned response or diplomatic will in both cases looks like more of the same old destructive recipe of peace through sovereign power. Victimisation and violence continues to rule the day despite the lessons of the hundred years since the war to end all wars. But another way of seeing the current xenophobia and brutality is as evidence that the old politics is overreaching itself and plumbing the depths that a new politics must encompass to embrace the stranger and love the enemy. For those with eyes to see and ears to hear there is always evidence of the triumph of love.

However, the logic of war is not far from us all in our reactions and attitudes. Often as Bishop Nick Baines put it recently, we find ourselves besides the rivers of Babylon and weep, but also rage against our enemies. Or in the words of Oscar Romero:

How easy it is to denounce structural injustice, institutionalized violence, social sin! And it is true, this sin is everywhere, but where are the roots of this social sin? In the heart of every human being. Present-day society is a sort of anonymous world in which no one is willing to admit guilt, and everyone is responsible. We are all sinners, and we have all contributed to this massive crime and violence in our country. Salvation begins with the human person, with human dignity, with saving every person from sin.

With this understanding of sin most Christian believers will always want to hang on to a distinctive conviction that it is impossible to find true shalom outside of the New Testament framework which speaks of salvation coming into the world through the sacrificial suffering and resurrection of the Messiah.

But there is a tension for any of us who desire to become children of shalom, and to find and embrace other peacemakers as we seek to practice a new politics of a world yet to be. In the Reformation period Anabaptists and Quakers suffered as they learned to reject nationalisms defined by the state, or by religious institutions aligned with them. In the 20th Century the challenge was to resist the global system which made the nation state in league with the powers of Mammon, the highest authority over human lives. If we are now in a post-secular age, could it not perhaps mean that Christians, with friends and allies of different faith backgrounds, need to hold lightly to our religious identities, at least where they have become confounded with the worship of tribal Gods? Perhaps the problem is not so much our believing, in all its varied contradictory forms, but with our desire for belonging, to anything less than the whole of humanity, fashioned as the Bible would say in the image of God. 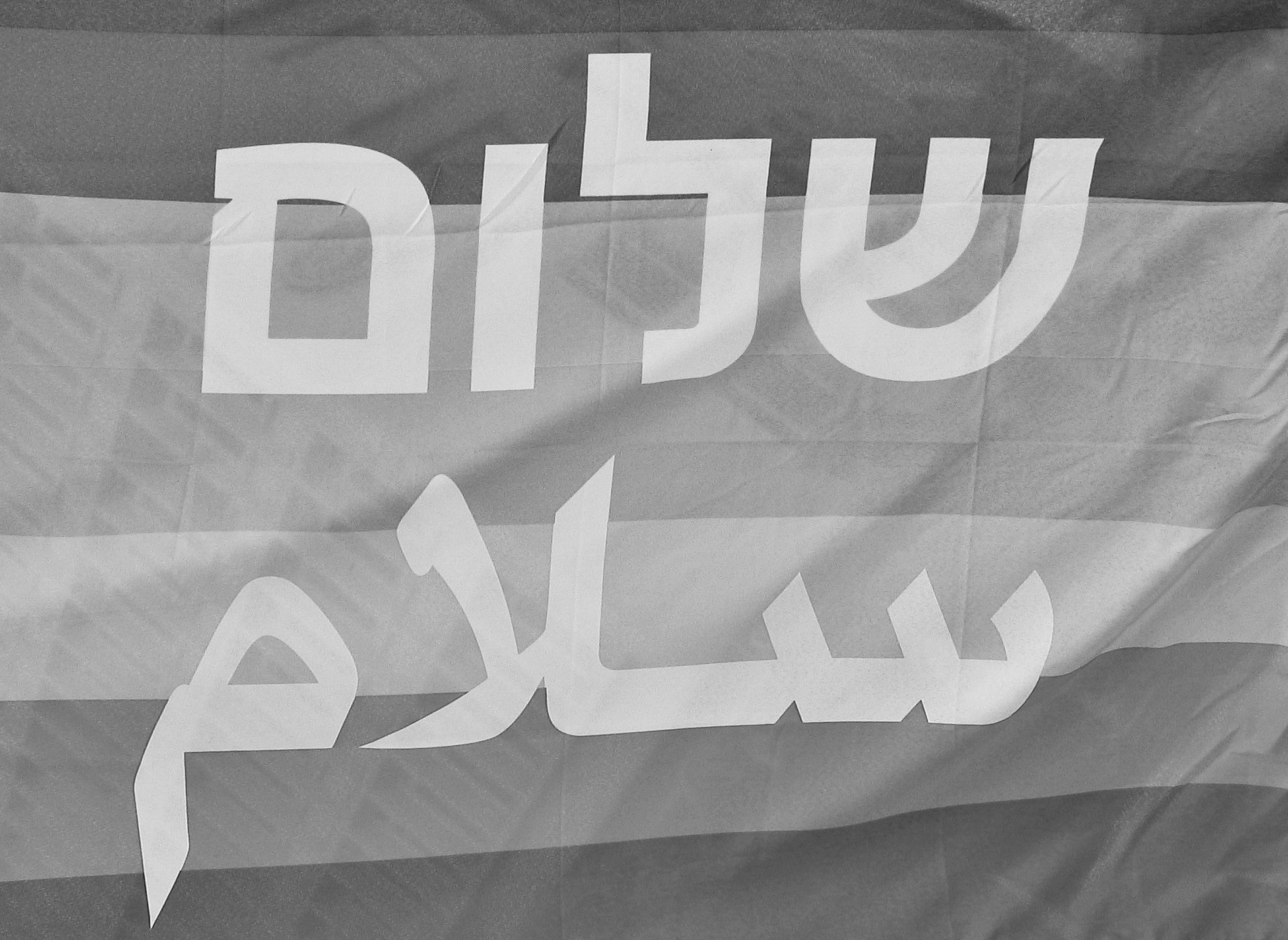