Seeing From a Different Perspective & Being at the Heart of Things

On Monday, William Temple Foundation held a gathering with over a hundred supporters and fellow travellers, in the bare brick and vaulted splendour of the People’s History Museum in Manchester. The event was entitled ‘Reclaiming the Public Space’ and aimed to do three things: remind the wider world of the 70th anniversary of Archbishop William Temple’s death and reassess the impact of his thinking; re-launch the Foundation after 12 months of rebranding and strategic review; and frame an interdisciplinary debate on the increasingly important subject of religion, the state and the public sphere.

Lord Plant, Labour peer, philosopher and political historian focussed on Temple’s notions of the individuality and personality, which in modernity are often interpreted as a right to differentiation and autonomy from others.  Temple’s view of individualism was the complete opposite i.e. that we find the truest expression of our individuality only within the context of our relationships with others. Thus at the heart of Temple’s ministry was a tireless mission to bring together groups of people across secular and religious divides to discuss ideas of the common good, to discuss the basis of what sort of social order underpinned this idea of the common good, and then to show in practical terms what such a social order looked like. For Lord Plant, this was expressed in the modest proposals at the end of Christianity and Social Order which include ideas of universal access to education and healthcare, decent housing and representation at work etc. These were middle axioms (i.e. broad directions of progressive public policy) derived from both theological principles and the best empirical consensus of what makes a flourishing community. In our often contested public space, in which well-intentioned but crude legalism is called upon to manage an increasingly diverse but also divided society, Lord Plant suggested that Temple’s methods of dialecticism and middle axioms had much to commend them.

Professor Craig Calhoun, Director of the LSE, developed these themes. His diagnosis of the public sphere in the West was bleak. A distorted perception of secularism, combined with globalisation and materialism, had led to an uncritical over reliance on short-term thinking. We have lost the art of articulating things that are really important, he said, things that remind us of the long-view and the need to put individual needs and desires into a broader perspective. Religion had declined, Prof Calhoun reflected, but nothing had yet emerged to replace it and so our present condition was blighted by a short-termism that left many in despair that things could ever change. He regarded Temple as a voice of clarity, hope and pragmatism, because Temple spoke into the public sphere of what politics and economics founded on love and commitment could look like. Temple reminded humankind that there are always alternatives to blinkered self-interest or fear.

After lunch, the conference moved into four workshops, each reflecting an aspect of the Foundation’s current research agenda: religion and political economy, religion and civil society, emerging ecclesiologies and community empowerment, and engaging the postsecular city. The workshops were co-facilitated by our Associate Research Fellows together with an external facilitator. So Dr Eve Poole and Professors John Atherton  and Ian Steedman (all Associate Research Fellows) discussed how we might have an informed, balanced but also critical debate on the role of economics and the markets without falling into misinformed or self-righteous religious moralising. Chris Mould, Chairman of the Trussell Trust, and Associate Research Fellow Greg Smith discussed the growing influence of faith-based social welfare in an austerity climate, and how spaces such as foodbanks are becoming new hubs of political debate and activity. Anna Ruddick, a Trustee of the Foundation and freelance community development advisor together with Associate Research Fellow Rev. Dr John Reader explored how we might develop new expressions of church presence in marginalised communities. How best to communicate what Anna called,  ‘the strangeness, vulnerability and holism of the incarnation and the gospel of significance, that speaks to the ‘other’ “you matter!”’

Meanwhile Professor Paul Cloke from Exeter University and myself unpacked the implications for both faith-based and secular institutions working in closer collaboration as many of the assumptions of 20th century secularism are radically revised by the re-emergence of religion into the public sphere. We asked what possibilities there are for new progressive alliance between religious and secular citizens and institutions, what new spaces of postsecular partnership are opening up and what sort of leadership might harness the latent potential of these new spaces.

Our workshops were followed by a panel of experts drawn from the worlds of sociology, public theology, the media and religious leadership to debate the question, ‘What role for religion in public life in contemporary Britain?’ Professor Linda Woodhead from Lancaster University articulated the profound changes taking place in the UK: old forms of institutional religion are declining sharply but new expressions of religious and spiritual longing are constantly emerging, as in the extraordinary public response to the sea of poppies currently commemorating the 100th anniversary of the First World War outside the Tower of London. Andrew Brown from The Guardian reminded us that media views of religion remain entrenched in a hard-line secularist scepticism, and the difficulty he and other journalists often have in presenting a more complex and positive view of religion in public life.

Professor Elaine Graham from the University of Chester asked a series of sharp questions: where do we find sources of inspiration in a postsecular world, making sure that includes values in our current debates so as to nurture a viable public square? She saw a clear role for religion in answering these questions, but reflected that the church was often too timid and preoccupied with its own sense of survival to rise to this challenge. Finally Imam Irfan Chishti, Founder of the Light of Islam Academy in Rochdale, spoke honestly of the challenges facing the UK Muslim community, since they are doubly misrepresented by both the media depictions of religion generally and the current gross distortion of Islam being perpetrated globally by groups like Islamic State (ISIS). However, he was optimistic that young British Muslims were becoming increasingly confident in asserting a British and Muslim identity , and he was committed to creating mosques that had a uniquely English cultural identity and feel – ‘with a pulpit and some nice oak panelling’ he joked.

The conference ended with the launch of Professor John Atherton’s latest book ‘Challenging Religious Studies: The Wealth, Wellbeing and Inequalities of Nations’. Linda Woodhead remarked that the book represented John’s commitment to challenging the church and theology to engage in the economic and political complexity of the world as it is, not to uncritically paint religion as the panacea to all the world’s ills, but neither to ignore its real contribution to how our material world is shaped. She commended John for his customary breadth of scholarship, but also his ability to ask hard questions that require honest and authentic (but never easy or glib) responses.

In summing up, I reflected that the clear message that people had articulated in response to the ongoing influence of Temple’s work was the importance of always seeing things from another perspective and being at the heart of things. It was a truly inspirational conference and my warmest thanks to all who attended and contributed. We hope we did Temple’s thinking justice as we take these exciting agendas forward into an uncertain but also exciting future.

Keynote lectures and other conference highlights were filmed and will be uploaded to our website footage — keep an eye on our Twitter and Facebook pages for more. 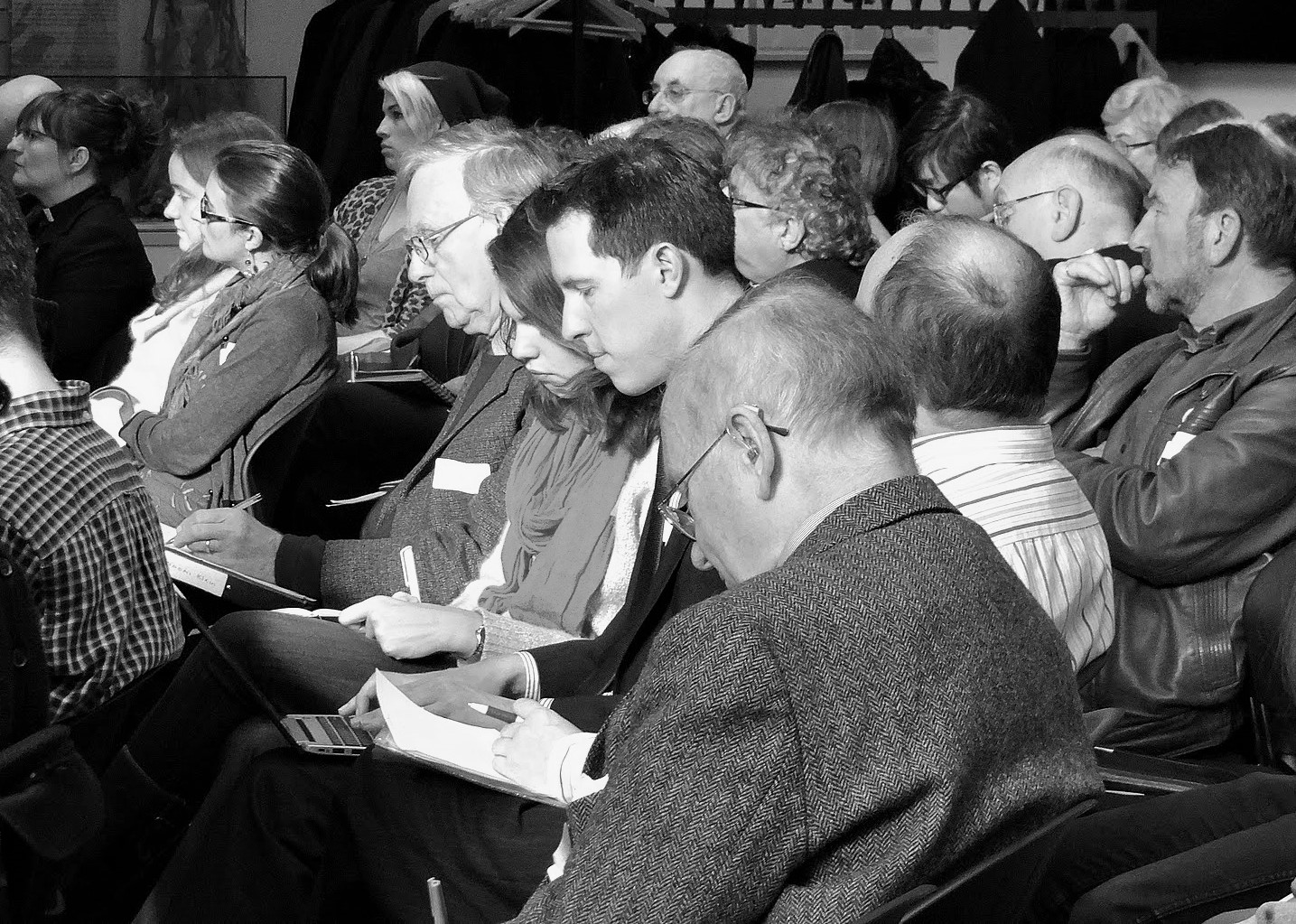 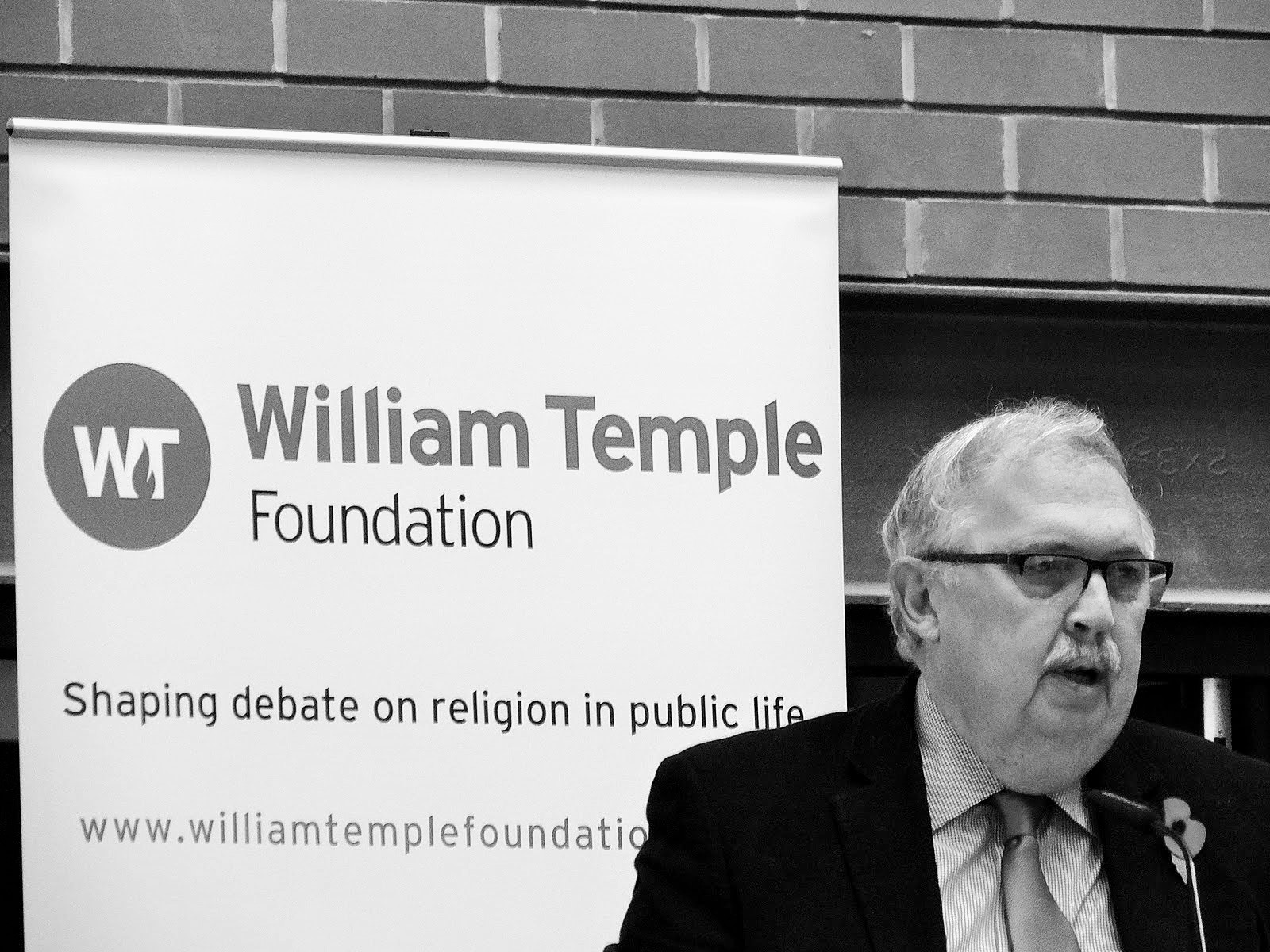 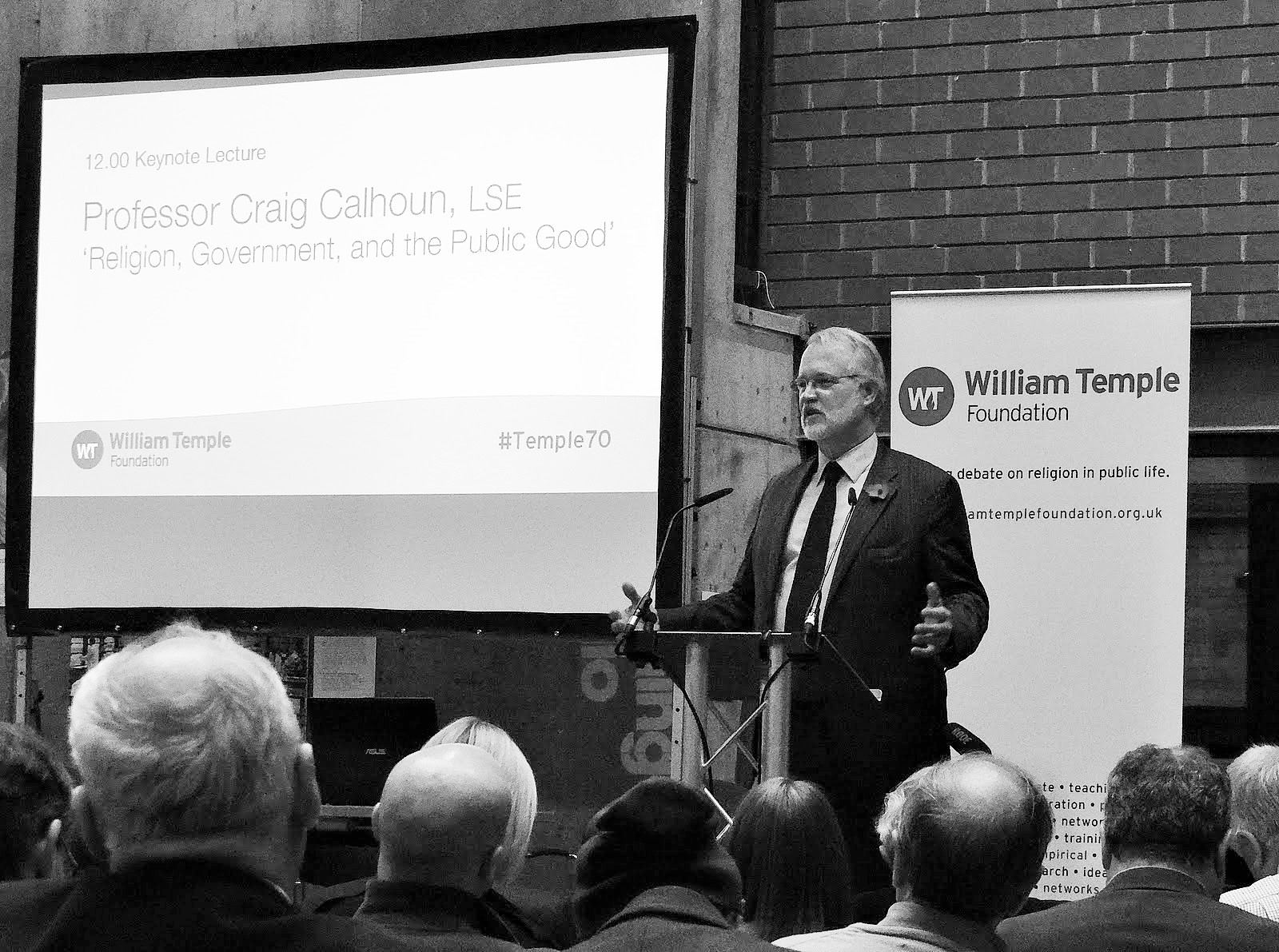 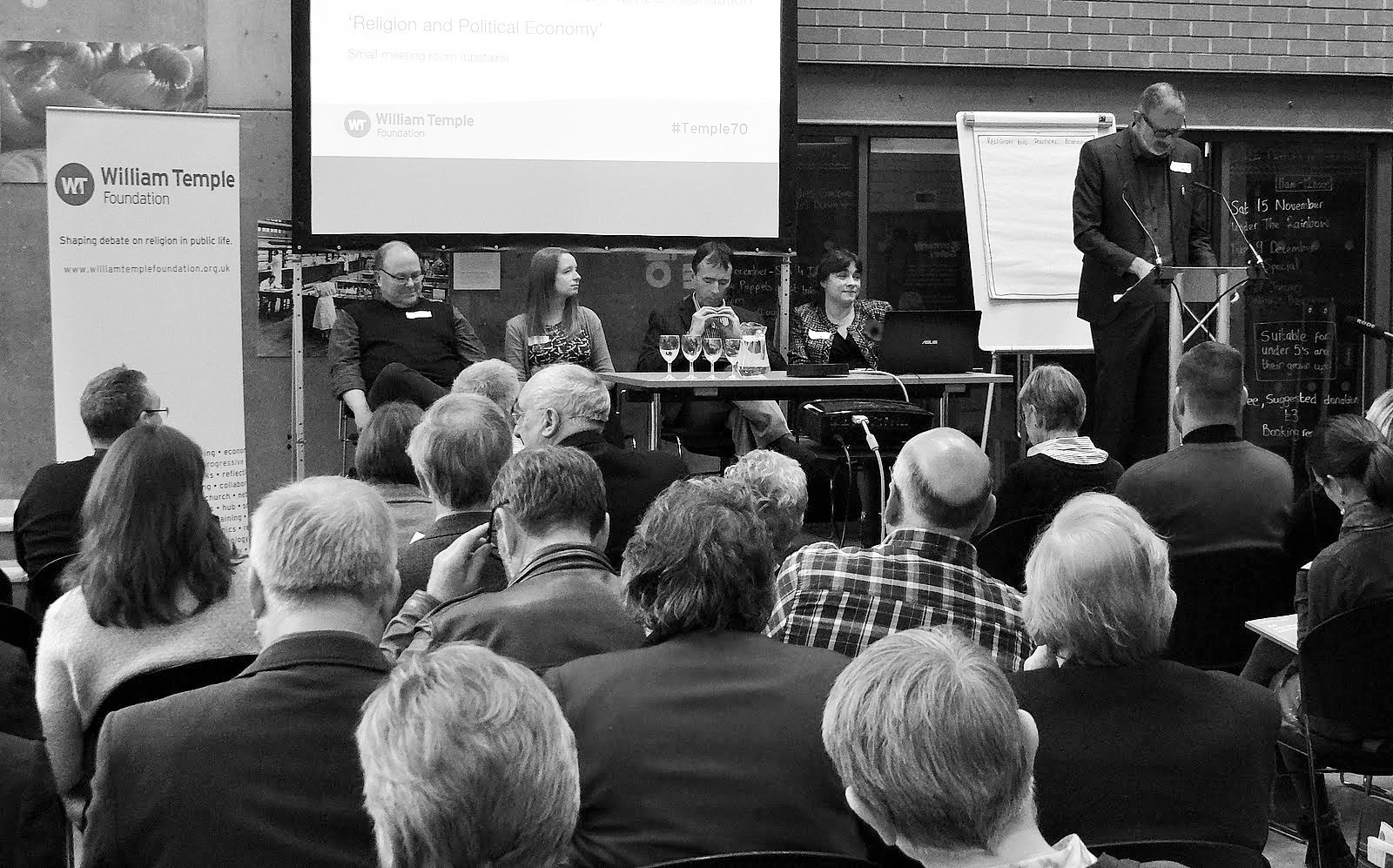 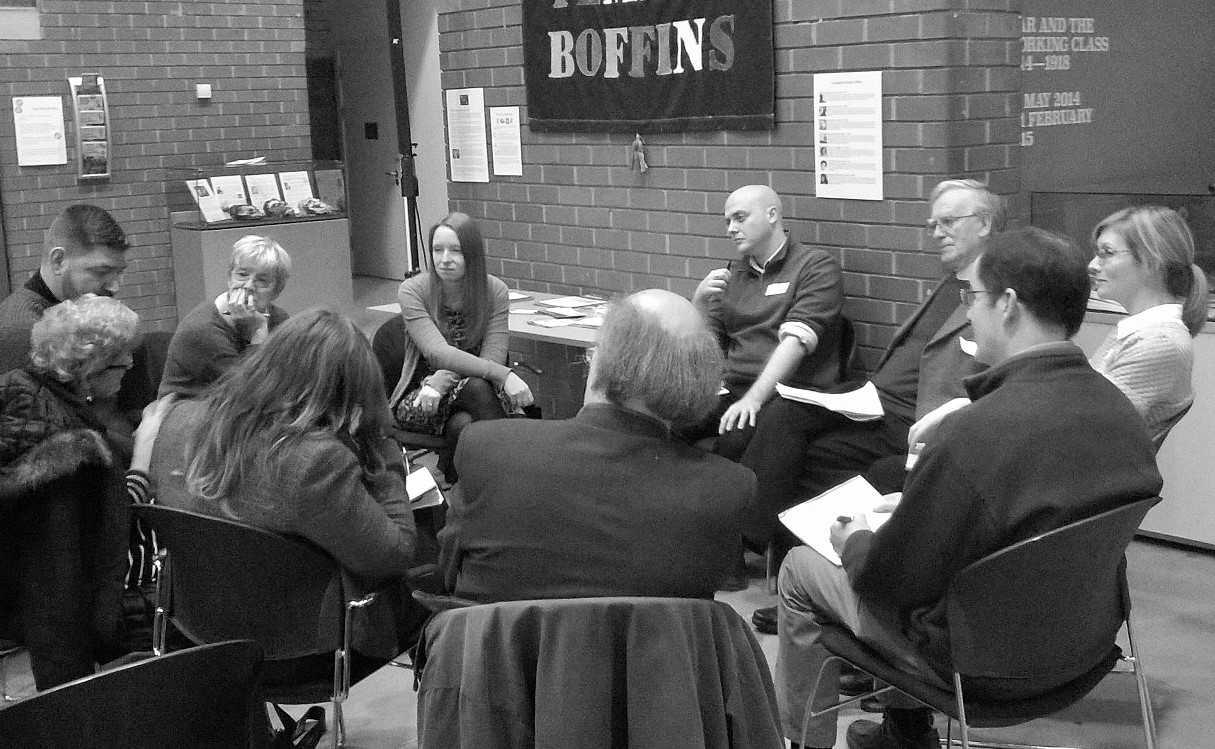 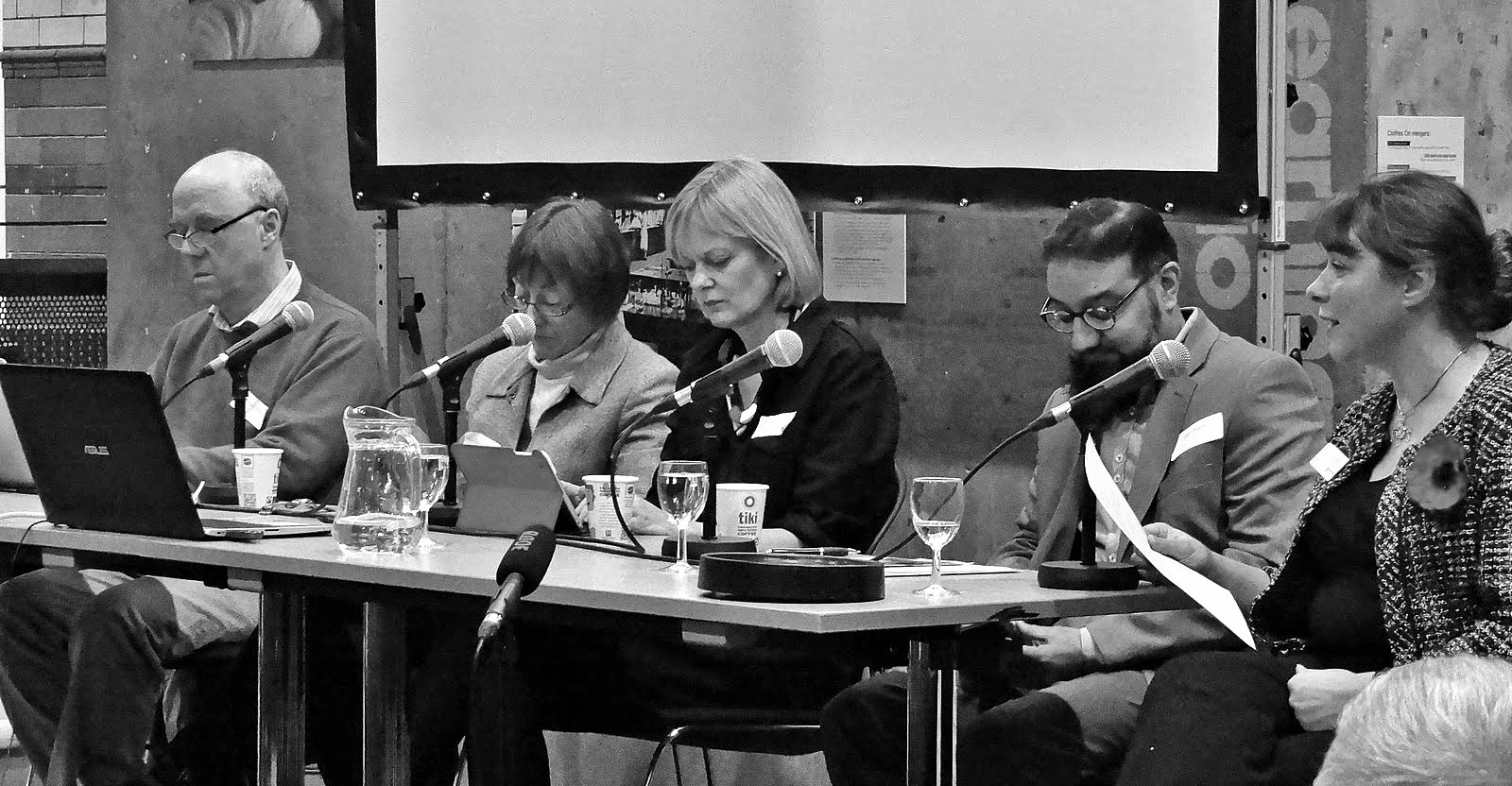 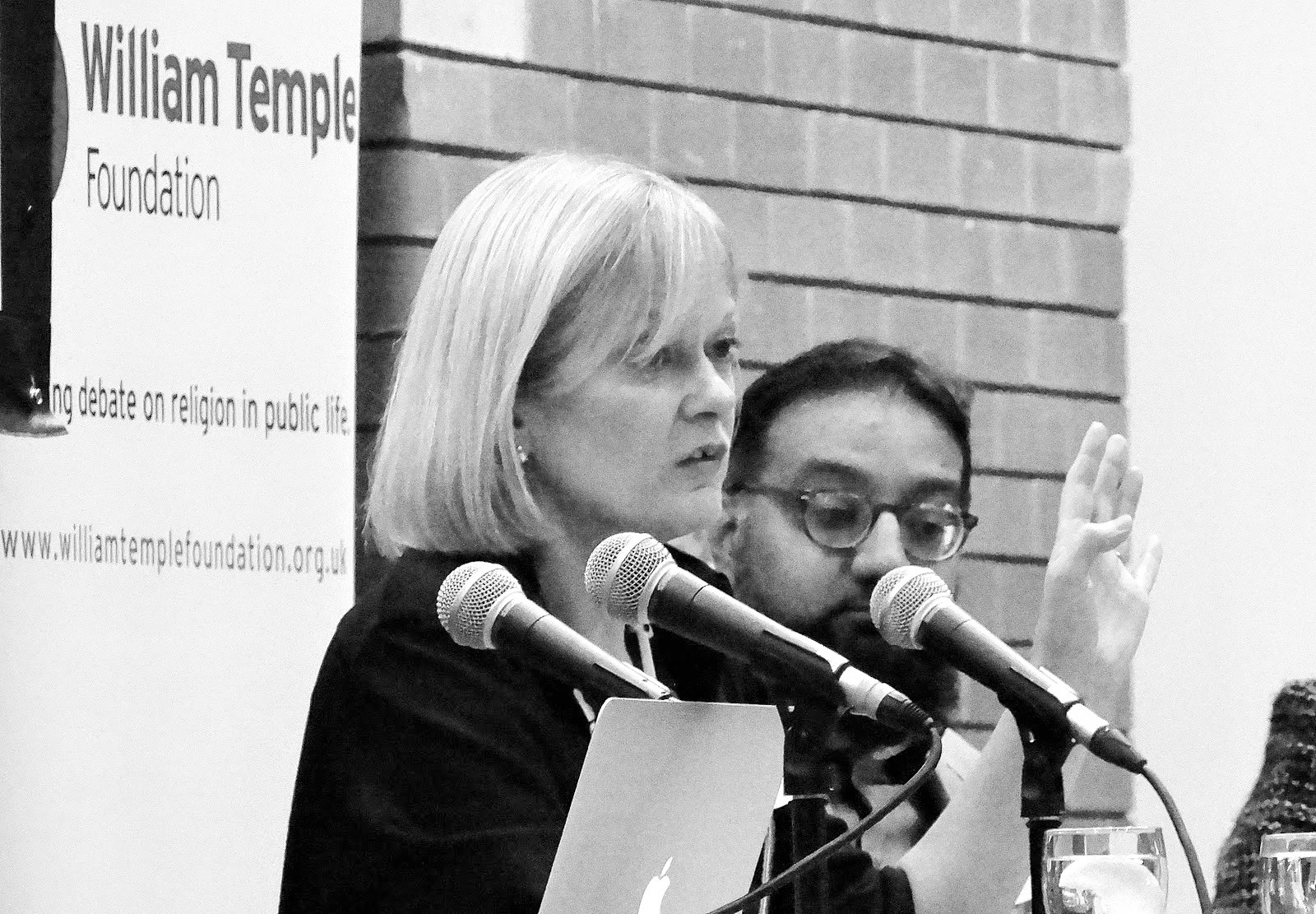 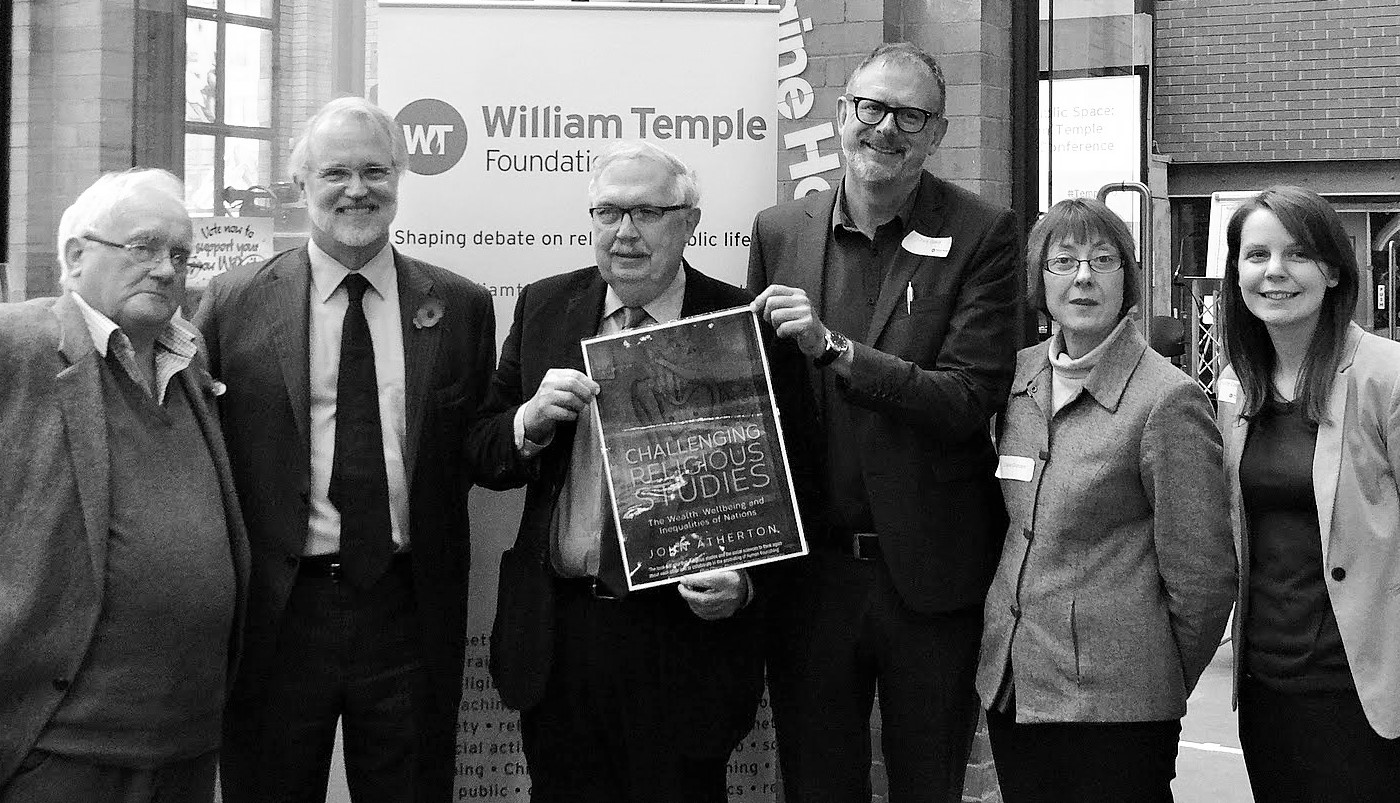