‘Postmodern bathing huts’ and the future of the western church 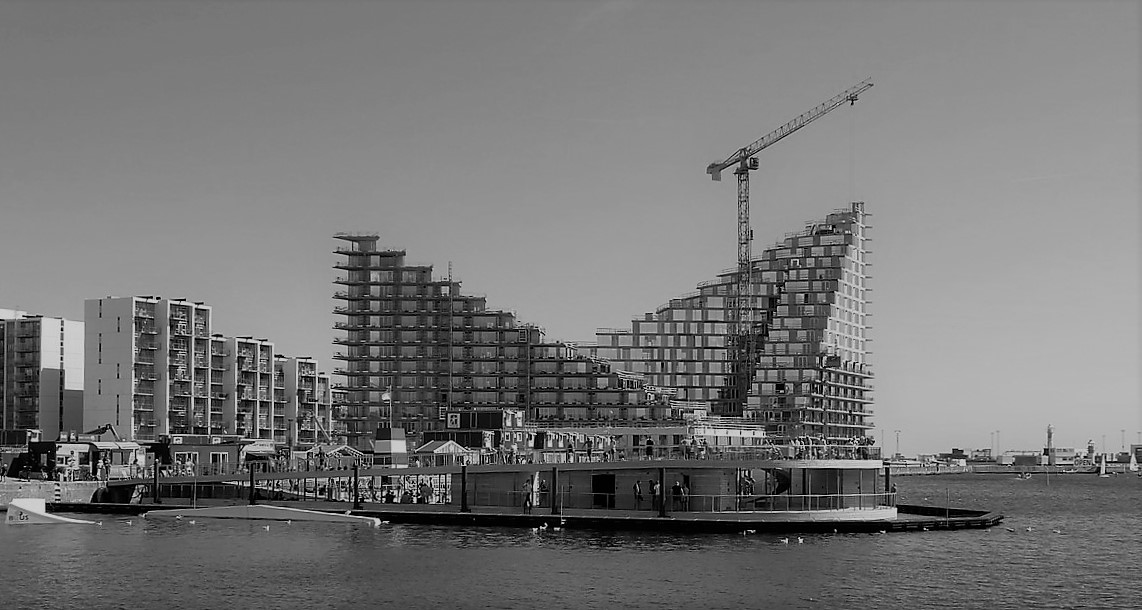 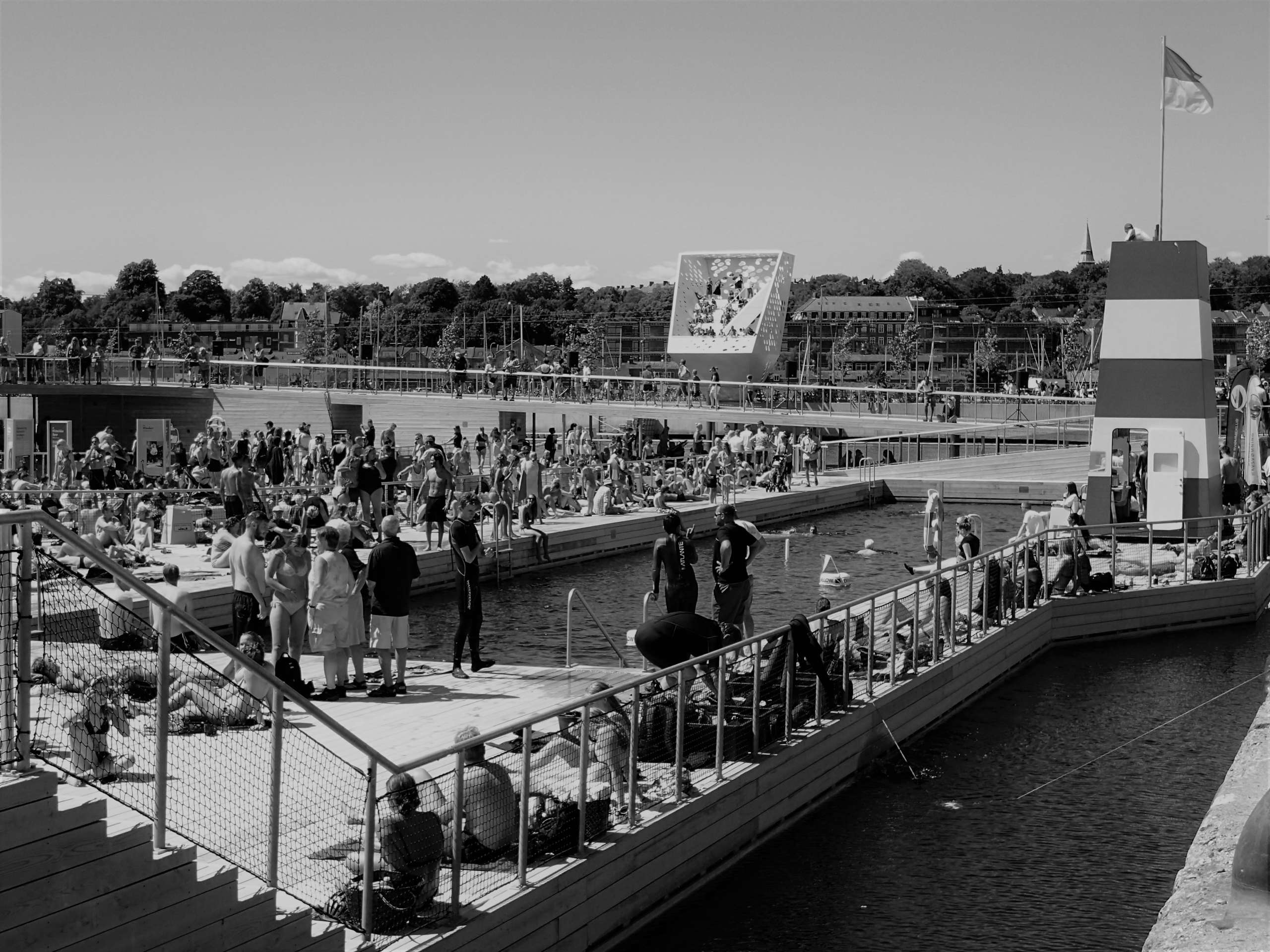 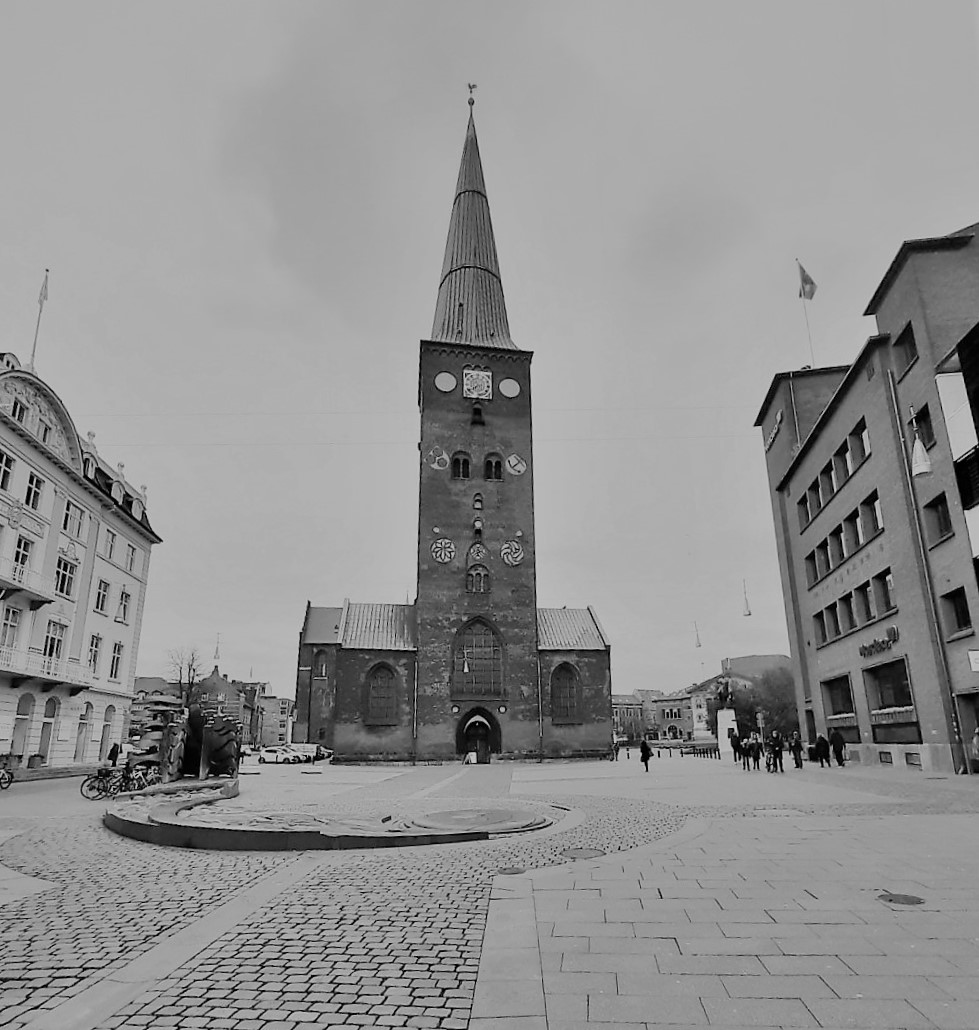 Chris Baker reflects on his recent trip to Denmark and wonders whether a harbourside bathing house might already be providing the perfect meeting point between the urban, the social and the religious.

Last week, I was invited by the Danish Lutheran Church in the Diocese of Aarhus to contribute to a series of strategic discussions between the university, the diocese and the municipality about the future development of the city.

As Denmark’s second biggest city, Aarhus is a post-industrial port with serious aspirations to be a global hub of both investment and culture. Already, the docklands area—in a series of visual tropes already familiar to those of us living in East London—is being rapidly transformed into a series of highly desirable and ‘iconic’ postmodern housing zones, with expansive views across the North Sea.

The discussions I attended focussed on the role of the church in these developments. Much of the conversation revolved around the proud Lutheran heritage of the city, epitomised by the looming presence of the beautiful cathedral which is still at its heart.

But people were genuinely interested in finding out whether the church—and indeed religion more broadly—should have a more significant and strategic role in defining the values and the ethos of these new urban spaces. As part of my visit, I was taken to a ‘postmodern bathing house’ situated on the edge of one of the new developments, with a prime site on the harbour. Bathing huts hark back to a long-running Danish tradition of taking a daily swim in the frigid North Sea as part of a regime of health and fitness. The Lutheran Church, instead of committing large funds for a traditional church building, has taken the strategic decision to create an open space in the form of this new bathing hut.

The interior of the bathing house was furnished in plain pine, with space for about 20 people to meet and a kitchen facility attached. It stands out from the other bathing huts that have been built on account of a slightly higher roof. I spoke to the community development worker attached to the project whose job it was to advertise the hut to the new population living there. She spoke of the importance, and indeed the freedom, of having an open space with an open agenda. Since its launch four months ago, the bathing house has already become an important site for young people looking for somewhere to study, to create art and music, and to discuss wider issues of belonging and identity. It has also a popular venue for impromptu unplugged concerts by local musicians.

The community worker speculated that the space was attracting sections of the population who would not ordinarily have darkened the doors of a church, but who were nevertheless interested in exploring questions of spiritual belief, identity and culture. For her, the bathing house was a space for individual or small-group reflection and engagement; an exercise in belonging and place-making. And she was optimistic that these new points of contact and searching could ripple out and up into both church and wider society.

It seemed to me that this was, potentially, a successful way of linking the religious to the urban and the social in ways that encompass both traditional forms of belonging, but also engage with what we know, from current research, about the extensive searching for spiritual meaning and connection amongst those who are no longer formally affiliated to church traditions. Later, at a more formal event with leaders of the municipality, university and diocese, I reflected on my response to the bathing house, connecting it to a recent article written by Chris Ives, a Geographer at the University of Nottingham. He is currently developing the idea of ‘inside-out sustainability’. What he wants us to recognise is the significance and power of our own beliefs, values, worldviews to affect our behaviour. This intimate connection between our values and our behaviour means that we can also think of values as playing a key role in how we change and shape our systems.

Ives talks about our ‘inner world’ as being a point of ‘deep leverage’, which we should apply to systems at all levels of their production. Currently, he says, the values that shape our individual lives, as well as those of our institutions, lie hidden below the surface; they are subterranean. His view is that we should consciously allow our values—because they are points of deep leverage that encompass the wider picture, as well as shaping our behaviour—to seep upwards, as it were, into all aspects of the decision making process, so that the inner world has a much greater traction with the outer world that institutions produce.

And so, I wondered if this was what was already happening in Aarhus. The fact that, at the very highest level in the municipality, there was a conscious debate about the role of religion in shaping planning priorities for the future showed that there was already a successful rippling out of understanding about the importance of beliefs and values from the micro to the macro. This will increase the possibility that Aarhus will be sustainable in the future, both environmentally but also socially—because its planning will be deeply rooted in a longer-term and more inclusive vision of what it is to build not only a new city, but also a good city.